Tara (Shepherd) Kaiser was a standout player for Amelia in the late 1980s and now coaches the Lady Barons.

The family of Austin Rieck joins him on court at Glen Este Senior Night. From left are Austin, mom Jessica and dad Craig. Craig Rieck is also a former Glen Este player who now coaches for his alma mater.

Current Amelia Athletic Director James Collins played for the Barons and Craig Mazzaro and graduated in 1994.

Glen Este guard Corey Goedde gets to the rim for a layup against Northwest in his playing days. Goedde is now a Trojan assistant

Craig Mazzaro played for the Amelia Barons and has coached the boys team in recent years.

UNION TWP. – Amelia and Glen Este high schools will send their basketball rivalry out in style as the Barons and Trojans will meet in a girls/boys twin bill Dec. 19 at the University of Cincinnati’s Fifth Third Arena.

The doors will open at 4 p.m. with the varsity girls playing at 5 p.m., followed by the varsity boys at 7 p.m.

The rival schools become one as West Clermont High School for the 2017-18 school year and will not play any regular-season games next season. All four head coaches in the Dec. 19 doubleheader played for one of the schools, including some assistants.

Leading the Lady Barons onto the UC hardwood will be 1987 Amelia High School graduate Tara (Shepherd) Kaiser. As a player, she was a Clermont County League all-star. In her seventh season leading her alma mater, she also gets to coach her daughter, Kendall, now a senior.

“I have good memories of playing for Amelia in a Glen Este holiday basketball tournament with Scott and Lloyd high schools from Kentucky,” Kaiser said. “I’m pretty sure we beat them in my four varsity years, but I recall less about the victories and more about playing against my friends.”

Facing Kaiser and Amelia is 19-year Glen Este girls coach Jeff Click. Click has the unique perspective of being a 1989 Amelia grad coaching Glen Este. In his playing days he was a deadly shooter for the Barons.

“The biggest thing that stands out to me is the emotion involved, from the players and fans,” Click said. “It has always been a game that you can throw the records out the window. You know both teams will always compete at a high level!”

In his first year leading Glen Este’s boys is 1994 Glen Este grad Craig Rieck, who not only played in the game, but had a son, Austin Rieck, who also participated. This will be his first time taking one in as head coach.

“As a parent watching my son play it was awesome to see the students from both schools and ‘battles’ between them in the stands,” Rieck said. “That was something as a player you didn’t really get to see because you were focused on the game. It’s hard for me to put into words the excitement I have in coaching this final game. One of my themes to the players is ‘Trojan Pride’ and take pride in being the last group of players to play in this game and put on Glen Este uniforms!”

Corey Goedde is a Trojan assistant who played in the series just four years ago with Austin Rieck. He recalls both sides of the gym packed with bodies painted and numerous chants.

“My teammate Wynton Overcast had the play of the game with a tip slam dunk that had the gym rocking,” Goedde recalled. “It’s exciting to be involved again as a coach and hopefully we’ll get the same results.”

Courtside with the Barons as he has been since the 1992-1993 season outside of brief hiatuses, is 1978 Amelia grad Craig Mazzaro. He was a Clermont County League all-star as a player and has guided his alma mater through the Queen City-American, Fort Ancient Valley Conference and now the Southern Buckeye Conference. The Barons have won the last three league titles with Mazzaro pulling a ‘three-peat” on Coach of the Year honors.

Collins played for Mazzaro and Glen Este’s Rieck played against him. According to Collins, Mazzaro has seen about 40 of these rivalries and is 26-6 as head coach.

“My first two we lost and then we started winning,” Mazzaro said. “I remember around ‘94 a big crowd here at Amelia and we were behind by eight. We came back in the last couple minutes and they missed at the buzzer and fans went on the court.”

Mazzaro’s strategy has always been to not take it as a life-or-death game and to keep with the game plan. He hopes to take the same approach at UC.

“I’d just as soon have it at one of the gyms and do it like a high school basketball game,” Mazzaro joked (sort of).

Tickets to the game can be purchased at both Glen Este and Amelia high schools for $10, or at Fifth Third Arena the day of the game. 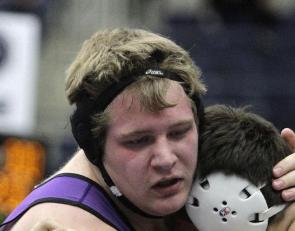 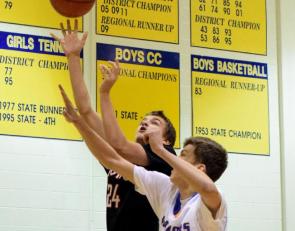 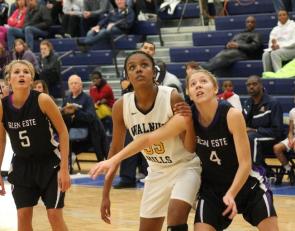 https://usatodayhss.com/2015/glory-days-amelia-glen-este-tip-it-off-one-last-time
Glory Days: Amelia, Glen Este tip it off one last time
I found this story on USA TODAY High School Sports and wanted to share it with you: %link% For more high school stories, stats and videos, visit http://usatodayhss.com.