PORTLAND, Ore. — The family of a Portland cross country runner has sued the school district for its decision to suspend him because of an alcohol violation earlier this month. 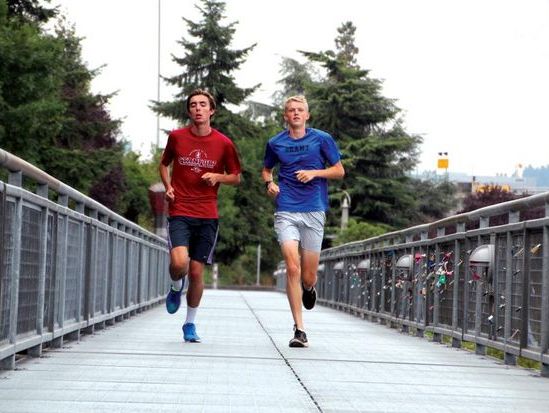 Haven Riffel (left) was not able to compete in the PIL district meet.

His parents said that his 28-day suspension from school activities is preventing him from finishing the cross country season, and that could cost the senior his college scholarships.

According to the lawsuit, Riffel’s family argues the school district didn’t give him a chance for legal representation at a disciplinary hearing earlier this month, a violation of the district’s own policy.

A district spokeswoman said she can’t get into the specifics of Riffel’s case, but that all student-athletes know of the suspension policy for alcohol or drug use.

“If we were to move this rule at all, it would lose its impact,” said Christine Miles of Portland Public Schools. “I think, in this case, it’s just a tough situation for the students, the parents and the faculty.”

The family filed for a temporary restraining order, which would have allowed Riffel to run the rest of the cross country season.

The Portland Interscholastic League district race was held Wednesday and Riffel did not compete. Therefore, he did not have a chance to qualify for the 6A state championship meet in Eugene on Oct. 31.

KGW reached out to the runner’s attorney for comment, but did not hear back.