Harry Giles III (left) and Jayson Tatum (right) have talked about being a package deal in 2016.

Harry Giles III remains on top of the high school basketball world after claiming the No. 1 position once again, this time in Scout’s poll of college coaches on the Best Player and Best Pro Prospects in high school hoops.

Giles was ranked as the best player and pro prospect, both by considerable margins. The Oak Hill transfer received 37 of 102 first-place votes for Best Player, 26 more than second-place Jayson Tatum (11). In the best Pro Prospect poll, Giles received 46 votes, 35 more than Josh Jackson and Tatum, tying for second with 11 votes.

The most buzz, however, could be around Scout’s No. 16 and 247Sport’s Composite No. 7 De’Aaron Fox, according to the polls. The Cypress Lakes (Katy, Texas) point guard really made a name for himself this summer, even though he finished 10th in the Best Player voting (2 votes). That being said, Fox moved from No. 10 to No. 4 in the Best Pro Prospect poll, receiving nine of the 102 votes. Some are even saying that Fox may be the best point guard in the country. 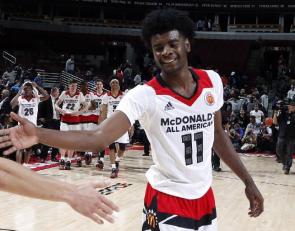 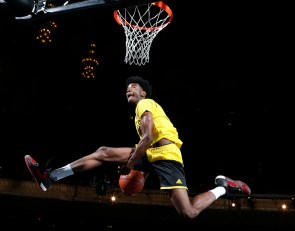 Top one-and-done candidates in the class of 2016