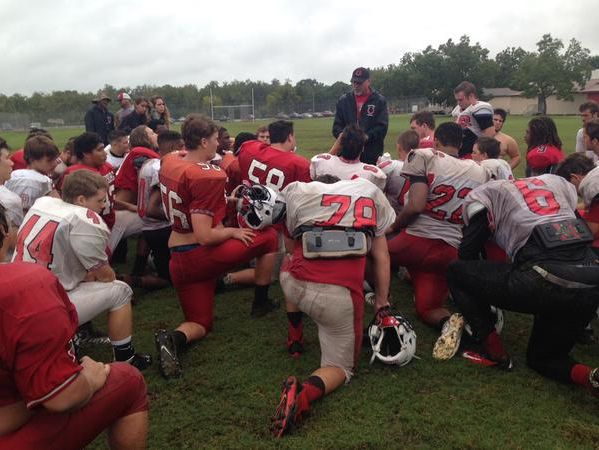 MIDDLEBURG, Fla. — The Middleburg Broncos are having one of their toughest seasons yet, on and off the field. They are still trying to pickup their first win of the season, while also coping with the loss of one of their own.

About a month ago, the 17-year-old Jacob Leavitt died in a car crash on the Westside of Jacksonville, after the Florida Highway Patrol said the driver of the car Leavitt was in ran a red light and smashed into a truck.

His untimely death could have torn this team apart. Instead, it brought them closer together and the broncos are now playing for a greater purpose.

Head coach Karl Smeltzer called a meeting with his team and decided to dedicate the 2015 season to Jacob.

The Broncos are wearing blue and white decals on their helmets this season with Jacob’s initials to keep his memory alive.