Henry and Sprinkle: The Dynamic Duo

Henry and Sprinkle: The Dynamic Duo

FAYETTEVILLE — Most quarterbacks would give up a part of their other arm to have just one tight end to throw to like Hunter Henry and Jeremy Sprinkle.

Arkansas tight end Jeremy Sprinkle (83) takes off on a 42-yard reception during action in the Razorbacks’ 48-13 season-opening win over UTEP. Sprinkle had his best career game in Week 1, catching two passes for 60 yards.

Brandon Allen has them both and all of his left arm, too.

No doubt he’ll be looking for both again in Saturday’s 3 pm. game against the Toledo Rockets at War Memorial Stadium in Little Rock.

We are a great duo out there and put a lot of pressure on the defense trying to match up with us at the same time.
Jeremy Sprinkle, part of Arkansas’ talented tight end combination

“I love having them,” said Allen, who eclipsed the 300-yard mark for the first in his career against the Miners. “Both Hunter and Jeremy are very gifted athletes and create a lot of mismatches because they are big bodies that can run. We obviously look to utilize them a lot.”

As glue-handed and agile juniors, Henry (6-5, 253) and Sprinkle (6-6, 255) aren’t the typical two-tight end sets that mostly play opposite ends on short yardage.

“No, they are not,” Allen said. “We can split them out as wide receivers. We can do a lot of things with them — put them at receiver, fullback, tight end. Just because they are in there is not a set formation we are going to be in. They can line up all different ways.”

As a two-time All-SEC performer, Henry, of Pulaski Academy, arrived a precocious freshman in 2013.

Sprinkle, of White Hall, arrived in 2012 as a 206-pounder out of White Hall that’s taken more time to come into his own.

“I knew it was a process,” Sprinkle said. “That’s just what happens with time and being behind older guys. It made me a lot better. That’s more positive than negative.”

It’s taken years for Sprinkle to build into a blocking tight end, but he helped last year with seven catches for 84 yards and played on every special team.

“Like we said back during camp, we are a great duo out there and put a lot of pressure on the defense trying to match up with us at the same time,” Sprinkle said. “When both of us are out there, they can’t double us. We get a lot of single coverage.

“Trying to cover us both with our size and the other receivers really gives them a lot to worry about. So we will continue that throughout the season and keep getting better.”

The line, tight ends and running backs all pass protected so well that Allen never was sacked and barely touched despite UTEP blitzing constantly.

“Not amazed,” Allen said. “Really not. I have a lot of confidence in the guys blocking for me. They did a great job of communicating up front and getting on the right guys. That’s the confidence I have in them.”

UTEP stacked the box trying to stop the Arkansas rushing game, but might Toledo back up in pass defense after Allen strafed the Miners?

“Hard to say,” Allen said. “We just kind of go from what we see on film. From the half-game they had this year they brought pressure and didn’t blitz as much as UTEP, but they aren’t afraid to bring pressure. They try to get you to throw hot into the different coverages that they bring.”

Redshirt freshman JoJo Robinson, suspended during spring ball, reinstated in preseason and then suspended for the season-opener by coach Bret Bielema, was reinstated Monday and practiced Tuesday.

“He’s back and he is on a short leash,” Smith said. “He understands now, hopefully, what Coach Bielema, myself and his teammates expect out of him, and what I have challenged him with is to come out and be the best JoJo you can be. Don’t try to be anybody else.

“If he is able to do that, JoJo is going to help us out because the kid does have talent, but there is a lot more that goes into it at this level.” 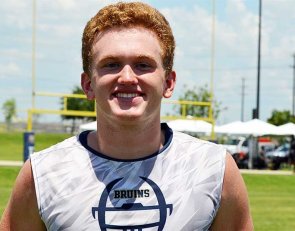 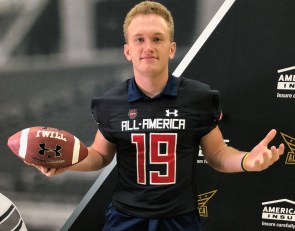 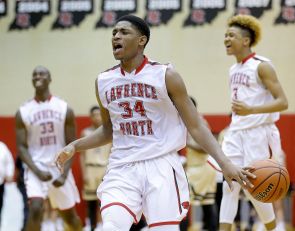 https://usatodayhss.com/2015/henry-and-sprinkle-the-dynamic-duo
Henry and Sprinkle: The Dynamic Duo
I found this story on USA TODAY High School Sports and wanted to share it with you: %link% For more high school stories, stats and videos, visit http://usatodayhss.com.