High school football player dies after being hurt in game

High school football player dies after being hurt in game 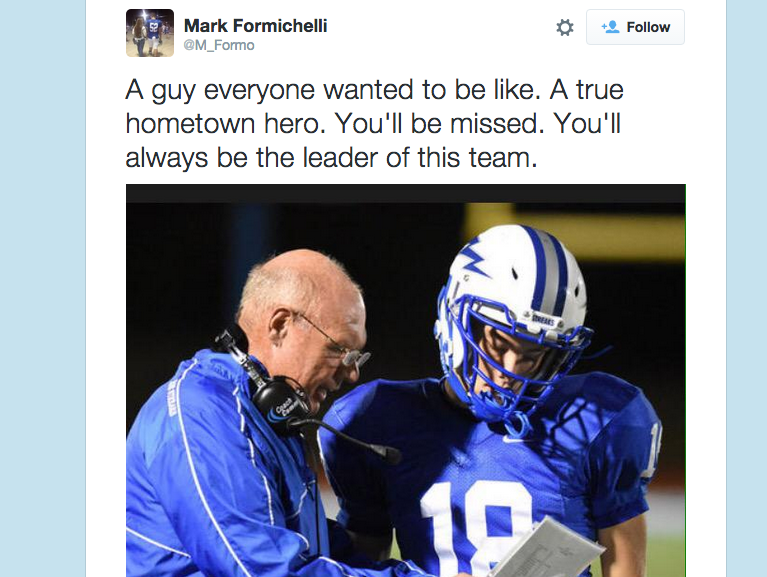 Murray was a three-sport athlete at Warren Hills and had been the football team’s starting quarterback for three years. School officials did not say how he was hurt.

(Copyright 2015 The Associated Press. All rights reserved. This material may not be published, broadcast, rewritten or redistributed.)

https://usatodayhss.com/2015/high-school-football-player-dies-after-being-hurt-in-game
High school football player dies after being hurt in game
I found this story on USA TODAY High School Sports and wanted to share it with you: %link% For more high school stories, stats and videos, visit http://usatodayhss.com.