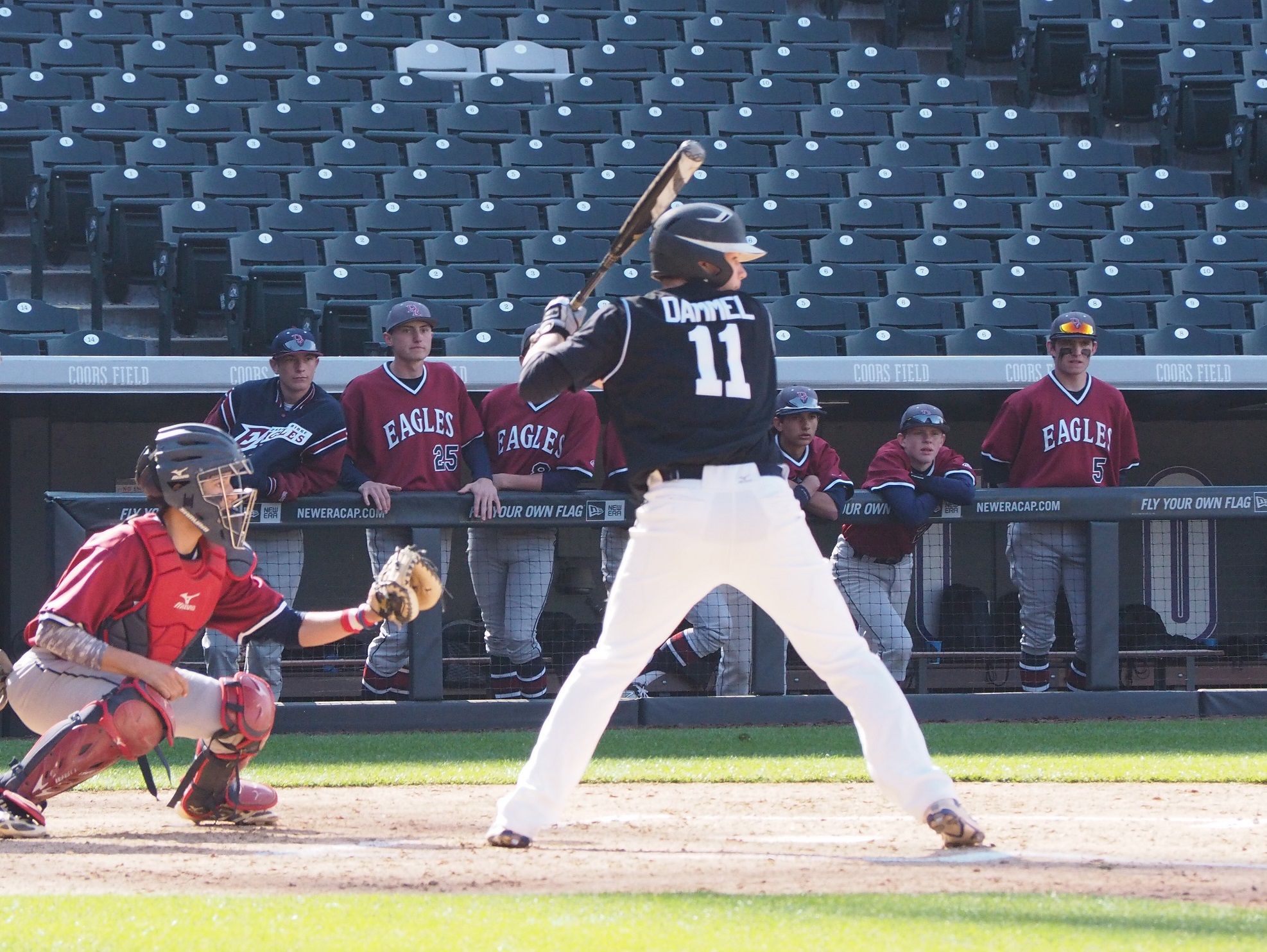 Dammel and Falcons against Dakota Ridge at Coors Field

“I’m really excited,” said Dammel. “It’s a great opportunity to get my name out there and be seen by college coaches.”

The Falcon senior was sent an email today, along with other players from Colorado and around the country, announcing they would get the opportunity to take part in the camp. Dammel and only a handful of other players in the region leave for North Carolina next Wednesday and the camp will conclude the following Sunday, Aug. 23.

The camp uses a basic tryout format testing the players throw strength, their 60-yard dash, and other fielding drills. After, the athletes are split into their respective teams from each region and will play scrimmages against one another.

“It’s allowing me to get my game out there,” said Dammel. “Coaches can get an idea of what kind of player you are and so far I am uncommitted; this allows coaches to see what I’ve got.”

Dammel played 19 games for the Falcons his junior year. In those 19 games he had a .403 batting average and scored 19 runs with 25 hits. The second baseman dominated in the field recording a .959 fielding percentage, 36 put outs and 11 assists.