HNT Volleyball: Kennedy's Garison is Player of the Year

HNT Volleyball: Kennedy's Garison is Player of the Year

J.F. Kennedy’s Francesca Garison is the Home News Tribune Player of the Year.

From the first time she stepped onto the John F. Kennedy volleyball court as a freshman, Francesca Garison took the program by storm and propelled it to places it had never been before.

She is the 2015 Home News Tribune Girls Volleyball Player of the Year.

“When she first came in as a freshman, it was a total game-changer,” John F. Kennedy head coach Robert Hugelmeyer said. “We were entering our fifth season as a program, but we had not yet had a winning season. Her coming in as a freshman and being at such a high level already immediately spring-boarded us into being really competitive.”

In her inaugural year as a high school athlete, Garison led the Mustangs to the Greater Middlesex Conference semifinal round. They also won the White Division title for the first time.

“She was very young, but she had already had club volleyball experience, which was something that I had never seen yet in the program from a freshman,” Hugelmeyer said. “Basically she came right in and fit into the system immediately, and we went from there.”

Fast-forward to this, Garison’s farewell season.

The Mustangs posted an impressive 18-8 record, making it to the GMC final and the second round of the NJSIAA Group III Tournament.

Her offensive game is something that is unparallelled. It is hard to miss Garison, who is the tallest on her team, but what really stands out about her is the loud clap that is made when her hand strikes the ball before it usually hits the floor on her opponent’s side.

“I think that when everything goes right, offensively she’s unstoppable,” Hugelmeyer said. “She hits harder than any player I have ever seen. For our team she’s big, but what she lacks in size compared to some other really high-caliber players, she really makes up for it in her precision.”

Not only does Garison hit hard, but she hits well. She is able to read blocks and either hit around or through them. She gets a gauge on her opponent and varies between hitting line and hitting across.

“She can basically put the ball wherever she wants,” Hugelmeyer said.

Hugelmeyer said that what he will remember most about Garison is her work ethic.

“She carries herself in a way that I haven’t seen other players carry themselves in terms of how she prepares every day in practice, the amount of time she puts in also in the offseason, and then with fitness and those types of things,” he said. “Everything she does has a purpose, and particularly with the work ethic and the effort she puts forth, it’s made her into the player that she is.”

Hugelmeyer went on to say that her natural abilities, talents and her pure athleticism also help make her such a great player and leader.

Garison was the player all her teammates looked to for advice and insight. Even Hugelmeyer trusted what she had to say.

“In between plays, which is an instance where I might interject and give some feedback, I had kind of gotten in the habit — especially the last two years since she has been captain — to look to see what she’s going to do first, and her volleyball IQ is so high that almost always she beat me to the punch,” he said. 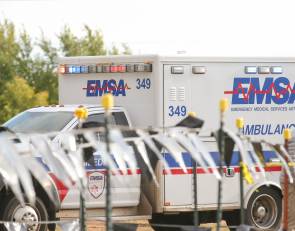 https://usatodayhss.com/2015/hnt-volleyball-kennedys-garison-is-player-of-the-year
HNT Volleyball: Kennedy's Garison is Player of the Year
I found this story on USA TODAY High School Sports and wanted to share it with you: %link% For more high school stories, stats and videos, visit http://usatodayhss.com.