Shaler junior Cam Bardsley takes a shot during a game

This past Monday the Shaler Area hockey team’s season came to a screeching halt after a disappointing loss to Armstrong County in the Penguin’s Cup Semi-Finals.  The Titans fought hard in the 4-3 overtime loss, but came up short.

Before playoffs began, the Titans needed to beat Hampton in order to remain number one in the Eastern Conference.  In a hard fought game, the Titans beat Hampton 3-1.  Goals came from senior Austin Biondo, junior Alex Ficorilli, and junior Cole Stayduhar who also had an assist. Junior captain Austin Martz had two assists. Goalie Vinny Evans had a phenomenal game, making 31 saves off of 32 shots.

In the quarter-finals, Shaler played North Hills in a game that was expected to be incredibly rough, and it did not disappoint.  Eighteen penalties later, the Titans prevailed, winning 7-4.

Goals came from Ficorilli, Biondo, Stayduhar, and Martz who had three goals and three assists.  Ficorilli had two goals, both assisted by Martz.  Evans had 31 saves off of 35 shots.

Next the Titans made their way on Monday to the RMU Island Sports Complex to play Armstrong County.  The Titans needed to win in order to play at Consol Energy Center for the Penguin’s Cup.

Late in the third period, Armstrong scored, tying the game at 3, and sending it into overtime.  A short 2 minutes and 59 seconds later, and the Titans championship dreams were crushed by the winning goal from the Riverhawks.

“I had a feeling coming into this game we’d see overtime. The puck didn’t bounce our way, but I couldn’t be more proud of these players. We put a lot of weight on our goaltender, Vinny Evans. He’s just been outstanding, and I couldn’t ask for anything more from him this year,” Shaler head coach Timothy Bosack told TribLIVE Sports. 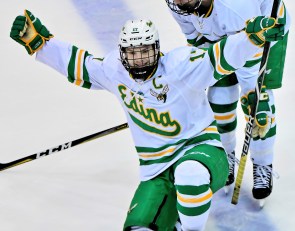 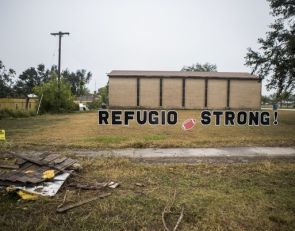 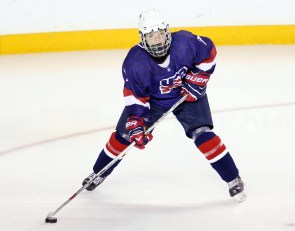