Hogs vs. UTEP: And they’re off!

Hogs vs. UTEP: And they’re off!

FAYETTEVILLE — The last time a nationally ranked Arkansas team faced a 30-something point underdog, it did not go well for the Razorbacks.

With leading rusher Jonathan Williams lost for the season to a foot injury, Alex Collins (3) will be the featured running back as the Arkansas Razorbacks open the 2015 season against the UTEP Miners of Conference USA today at Donald W. Reynolds Razorback Stadium in Fayetteville.

Arkansas, ranked No. 18 in the AP poll and 20th in the USA Today coaches’ poll, opens its season at 2:30 p.m. Saturday on ESPNU at Reynolds Razorback Stadium against the University of Texas-El Paso Miners.

Las Vegas odds-makers have listed Arkansas as a 35-point favorite.

Of course, those odds-makers in 2012 had the No. 8 Razorbacks favored by 30 in Little Rock over the University of Louisiana-Monroe of the Sun Belt Conference. As a fifth-year senior, big things are expected of quarterback Brandon Allen, who is coming off a 2014 season in which he threw for 20 touchdowns and just five interceptions.

The odds-makers didn’t account that with Bobby Petrino fired in an April scandal, the 2012 Razorbacks would operate like a rudderless ship under interim coach John L. Smith. They certainly didn’t account for senior All-SEC quarterback Tyler Wilson getting knocked out with a concussion. Wilson had the Hogs up 21-7 when he left the game, and freshman backup Brandon Allen’s touchdown pass increased it to 28-7.

However, despite Allen then going cold and obviously pressing, offensive coordinator Paul Petrino kept calling passes. The passes fell incomplete. The clock barely budged. Three downs and a punt consumed but 17 seconds. ULM tied it 28-28 with 55 seconds left in regulation and won it in OT on quarterback Kolton Brown’s running touchdown after Arkansas was held to a field goal.

Much has changed at Arkansas, including with Allen, who is starting this season opener.

A fifth-year senior, Allen has two full seasons behind him as a starter and comes off an MVP performance in the Razorbacks’ 31-7 Advocare Texas Bowl rout over the Texas Longhorns.

The last time Arkansas was on the football field the Razorbacks were dismantling the Texas Longhorns, 31-7, in the Texas Bowl at NRG Stadium in Houston.

To a man, the Razorbacks say the redshirt freshman thrust into the ULM fray is now an entirely different quarterback.

What does Allen think?

“I think I have a lot more confidence now,” he said. “I really believe that just comes with experience, that I’ve played in a lot of games. I think the biggest thing I have is that confidence boost from when I started playing to where I am now.”

Also, you can bet the Hog house if the Razorbacks are nursing an uncomfortably close fourth quarter lead that third-year coach Bret Bielema will order new offensive coordinator Dan Enos to run the ball and not throw it every down.

UTEP coach Sean Kugler will order much the same for his Miners, and not just if they unexpectedly lead late.

The Miners shovel their offense in the hands of running back Aaron Jones — a Doak Walker Award candidate netting 1,321 yards rushing last year — while Arkansas’ running game starts with junior Alex Collins, who has rushed for 1,026 and 1,100 yards the last two years. UTEP’s junior running back Aaron Jones will be a focal point for the Arkansas defense. Jones has rushed for more than 1,000 yards in each of his first two seasons, including 1,321 yards in 2014.

“They want to dictate where that ball’s going to go and how it’s going to attack your coverage system,” Bielema said. “I think we have to be smart about that in the kickoff return game and the punt return game. With the system that we run, we should be able to get the coverage in the direction that the ball’s going.”

UTEP’s defensive talent doesn’t match Arkansas, but the Miners’ blitzes can become not only unsettling, but turnover producing.

“You have to understand that they might get a play here or there, but we have to try and limit those,” Enos said. “What we have to do is take advantage of those whenever we can and create our own big plays and our own explosive plays when they do it.”

• DID YOU KNOW? Ryan Mallett threw for a school-record five touchdowns and ran for another in the last meeting between the teams in 2010.

Entering the third season under coach Bret Bielema, Arkansas has hopes of finally snapping its two-year stay at the bottom of the SEC West division. The Razorbacks can’t affect that in their nonconference opener, but they can build on the confidence from last season — when they won three of their final four games — against the Miners.

• UTEP: RB Aaron Jones. The talented junior has led the Miners in rushing in each of his first two seasons, including 1,321 yards last season. He’s rushed for 100 yards or more nine times in his career, and scored 14 touchdowns a year ago.

• Arkansas: QB Brandon Allen. The much-maligned fifth-year starter is coming off a season in which he threw for 20 touchdowns and only five interceptions, but doubts still remain about his performance in close late-game situations. This doesn’t figure to test that scenario for Allen, but all eyes will be on his performance under first-year offensive coordinator Dan Enos.

Arkansas is without last year’s leading rusher, Jonathan Williams, for likely the season following a left foot injury that required surgery during the preseason … Also, Bielema said freshman WR Jojo Robinson will be suspended for the first half for a rules violation from during the summer … UTEP enters this season in search of back-to-back winning years for the first time since 2004-05 … Arkansas RB Alex Collins is the second player in school history to rush for at least 1,000 yards in each of his first two seasons, following Darren McFadden in 2006-07. 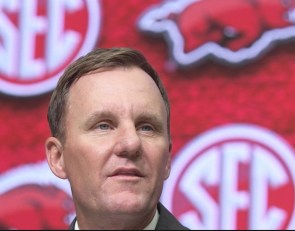 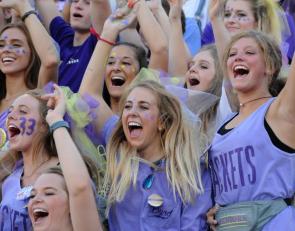 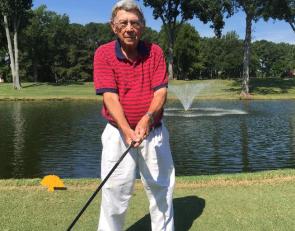 https://usatodayhss.com/2015/hogs-vs-utep-and-theyre-off
Hogs vs. UTEP: And they’re off!
I found this story on USA TODAY High School Sports and wanted to share it with you: %link% For more high school stories, stats and videos, visit http://usatodayhss.com.