Right around the time they can walk is usually when a child will pick up or kick a ball for the first time. Especially in a sport like baseball or softball where learning the mechanics of hitting and pitching can be so difficult.

For most to be very good at a sport they have to start playing at a very young age.

But Darby Fitzpatrick is different. The 17-year-old didn’t pick up a softball until she was playing around in her front yard one day as a sixth grader.

“I started late,” she said.

But the belated start didn’t stop Fitzpatrick from falling in love with the sport, or stop her from being one of the best playing it on the Delmarva Peninsula. Her tardy beginnings in softball didn’t keep her from making the sport a part of her future, either.

A few weeks ago, surrounded by family, coaches and more at Holly Grove Christian School in Westover, Fitzpatrick put pen to paper to sign a letter-of-intent to play softball in college. She accepted a scholarship to Division II Concord University, where she will pitch and play centerfield for the Mountain Lions.

“I felt relieved because I knew where I was going and what I am going to do with my future,” Fitzpatrick said. “It was a really good feeling.”

A liberal arts college nestled in Athens, West Virginia, Concord is about an eight-hour drive from Fitzpatrick’s home in Pocomoke City.

At first, she wasn’t sure if she wanted to go, but then she visited the campus, and suddenly home didn’t feel so far away.

“I didn’t know if I wanted to go that far away, but when I left (Concord’s) campus I could see myself there,” Fitzpatrick said. “I got along with all of the girls there and just felt at home.”

The Mountain Lions went 34-19 in their 2015 campaign. Fitzpatrick plans on studying art and design while at Concord.

She had other options when searching out where she would play her college softball career at. Two other Division II teams – West Chester University in Pennsylvania and Shepherd University in West Virginia – were also highly interested in her skills on the diamond.

But before she thought about any of those schools or even accepted a scholarship, she wasn’t totally sure that she wanted to play college softball.

Dominick Flora convinced her that she should play.

“He’s been pushing through everything. I wasn’t sure that I wanted to play in college, or if I was even good enough, but he was like, ‘You’re good. You need to play,’ and I’m really glad that I’m going to,” Fitzpatrick said.

Flora trains Fitzpatrick and a host of other athletes at Competitive Sports Performance, a training system that is housed in Eden, Maryland.

He’s been training her for a number of years and knew that she was really talented right away.

“I think Darby’s work ethic is at a high level. She is unlike many other high school kids who choose to be average. She chose to be great,” Flora said. “To play at the next level, you have to do the extra work and she definitely does that. She excels academically and travels all over with her club team.

Over the years, CSP has trained 174 athletes that have gone on to play at the college level. Fitzpatrick joins a group of recent successes with Taylor Pechin – a softball player from Polytech who accepted a scholarship to Stony Brook University – and Hannah Nechay – a Worcester Prep field hockey player who will continue her career at Division II Queens University of Charlotte.

“Our big method is resistance over speed and reaction,” Flora said. “When we get an athlete like Darby and we know she is going to be an outfielder, we say, ‘Okay, these are the movements she’s going to make for her next four years in college,’ and we’ll start training her in those movements.”

CSP’s unique program and system designs a workout plan specific to the athlete and specializes in speed, agility and strength, while also putting the athlete through sport specific and team training drills.

“My body has gotten so much more in shape since I started training with CSP,” Fitzpatrick said. “My explosiveness is better. I’ll be in the outfield, and some balls that are hit some girls just can’t get to it and I’ll be under it in no time.”

Fitzpatrick may have gotten a late start on softball, but since she fell in love with the sport she has sworn most of her days to it.

“I work out, I play travel with the Lady Orioles of Baltimore,” Fitzpatrick said. “I dedicate most of my time to softball.”

Most on the Shore look at private and Christian schools like Holly Grove and think they couldn’t possibly be strong at athletics. But the opposite is true.

Fitzpatrick may have not picked up a softball until the sixth grade, but she’s been going to Holly Grove since she was in kindergarten. She considers the school her second home and there are so many people there – friends, teachers, coaches and others – who have helped her along the way.

In her senior season, she would love nothing more than to bring the school another softball title.

“We’re going to go for the championship again,” Fitzpatrick said. “We have a really good team coming up and a lot of girls who love to play softball.” 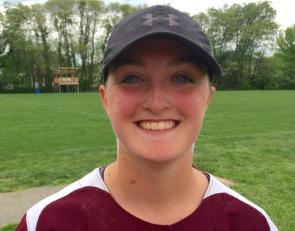 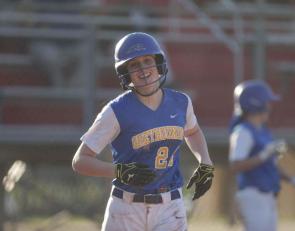 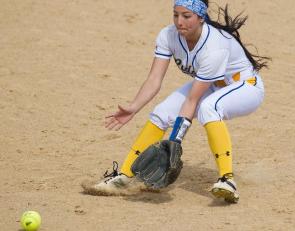 https://usatodayhss.com/2015/holly-groves-fitzpatrick-is-serious-about-softball-signs-with-div-ii-concord
Holly Grove's Fitzpatrick is serious about softball; signs with Div. II Concord
I found this story on USA TODAY High School Sports and wanted to share it with you: %link% For more high school stories, stats and videos, visit http://usatodayhss.com.