Holt softball coach Kim Reichard (Center) will host the team’s fifth annual Alzheimer’s Fundraiser during a doubleheader against Okemos Thursday. Reichard lost her mother to the disease 18 years ago.

The afternoon is about raising money for the Alzheimer’s Association, and it’s the fifth consecutive year the two teams have battled for increased awareness of the deadly disease. The first game begins at 4 p.m. and will be played at Holt High School.

“It’s about giving back,” said Reichard, whose mother passed away of Alzheimer’s disease 18 years ago. “I think it’s pretty popular among several different sports. A lot of people donate to breast cancer and other different causes, but this one is more of a personal choice.”

The Rams (21-2, 6-0) will wear purple uniforms, the color often used to represent Alzheimer’s awareness, and the Chiefs (10-4, 7-1) will sport white jerseys with purple intertwined.

Admission to the game is free, but all of the proceeds from concessions and the 50-50 raffle will go to the Alzheimer’s Association. Purple bracelets in support of Alzheimer’s awareness will also be on sale.

Coaches and players from the two teams will line up on the foul lines between games and name people they know that have passed away or are living with the disease. And for each name said, there will be a balloon released into the sky in their honor.

“It’s a really cool opportunity to teach the girls about something that affects so many people,” Okemos coach Chrissy Schoonover said. “I try to teach the kids about stuff other than softball and this is one of them.” 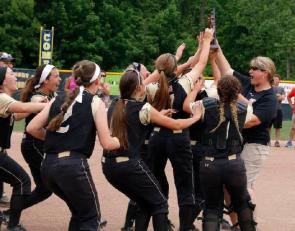 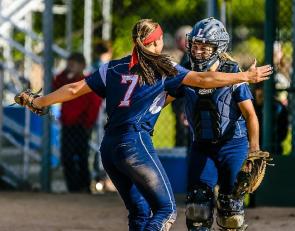 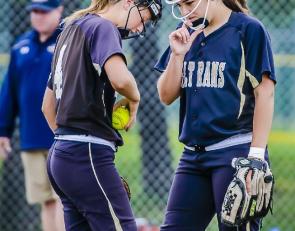 https://usatodayhss.com/2015/holt-okemos-softball-to-raise-money-for-alzheimers
Holt, Okemos softball to raise money for Alzheimer's
I found this story on USA TODAY High School Sports and wanted to share it with you: %link% For more high school stories, stats and videos, visit http://usatodayhss.com.