SHARONVILLE – A record-making 12th football win for Indian Hill High School was not in the cards Saturday night, as Clinton-Massie held off the Braves in a score-fest at Princeton, 40-34.

Clinton-Massie senior Davey Tunon ran for a school-record 393 yards and five touchdowns on 44 carries.  He’s slated to attend Indiana to wrestle, but the Hoosiers may want to check the videotape of his last two playoff games.  Against Taft, Tunon ran for 371 yards.

It was “ground and pound” against “flick and fly” as Indian Hill relied on the arm and feet of junior quarterback Reed Aichholz. The big lefty was 17-33 passing for 279 yards and a score and had four rushing touchdowns.

Clinton-Massie took the opening kick-off and scored in less than two minutes thanks to the grinding legs of the 5-foot-8 175-pound Tunon. His 39-yard trot to the end zone would become familiar.

Indian Hill hunkered down on the run in the next series, but then fumbled the Clinton-Massie punt, giving them a short field. The second Tunon touchdown was from 19 yards away.

The quarter ended with Reed Aichholz connecting with his brother, Dawson, at the 15-yard line. The 6-foot-5 junior later rambled in from the 10 for Indian Hill’s first score.  Adam Sichel then recovered an onside kick, but the Braves march to score ended on fourth and four on the 7-yard line on an incomplete pass.

A few more acrobatic runs by the talented Tunon and the Falcons were on the board again with a 19-7 lead.

Reed Aichholz would rally the Braves again with a 27-yard scoring pass to senior Nick Heidel, but Clinton-Massie’s Hunter Fentress would match him before the half with a 21-yard strike to Thomas Williams for a 26-13 halftime advantage.

It was the first time the Braves had trailed at half since Sept. 25 against Mariemont.

Indian Hill sputtered on their first possession of the second half, but so did the Falcons. At fourth and one from the 35, Clinton-Massie’s Fentress was sacked.  The Braves made them pay when Aichholz was flushed out, but found sophomore Colin Shaw at the 3-yard line. A couple plays later, Aichholz scored to cut the Falcons lead to 26-20.

Undeterred, Tunon carried the load on a time consuming drive culminating in a four-yard pinball-like bounce across the goal late in the third quarter for a 33-20 lead.

Aichholz came back and hit his brother Dawson and Nick Heidel to get in scoring position again. He finished the drive with a two-yard score to cut the deficit to 33-27.

Tunon then ripped a 68-yard run to the Indian Hill 2-yard line and finished it off on the next play, surpassing the 300-yard mark in the series.

Indian Hill’s counter-punch was Aichholz completing passes to Benjamin Wirthlin, Zarian Hunter-Cure and Heidel to get in scoring position again. Near the five minute mark, No. 15 dieseled in for his fourth rushing touchdown.

Once Clinton-Massie received the ball back, they chewed up the clock, with Tunon grinding yards and seconds off of Indian Hill’s season.

The Braves finish at 11-1 in their first playoff appearance since 2007. Clinton-Massie is now 11-1 and will play Fenwick next week in the next Division IV round.

PLAY OF THE GAME: After Reed Aichholz got Indian Hill within six in the fourth quarter, Tunon ripped a 68-yard run to set up another Falcons score and give them the eventual cushion they would need.

PLAYER OF THE GAME: 393 yards rushing and five touchdowns pretty much ices it for Davey Tunon.

VIEW FROM THE SIDELINES:   Was it the best running back Indian Hill had seen all year?

“We knew they were a big, strong football team and they showed that tonight,” Indian Hill coach Tony Arcuri said. “We had trouble stopping the sweep and the off-tackle play in particular.”

Clinton Massie’s run game was effective in keeping Indian Hill from a final possession. With their momentum, a touchdown and extra point may have made for an interesting match-up with Fenwick next week. Arcuri’s son plays for Fenwick.

“We felt like if we could get that last stop we’d have a great shot at winning the ballgame,” Arcuri said.

While the defeat was bitter, the Indian Hill coach returns several of the playmakers that brought a CHL championship to Drake Road.

“I told the kids to not lose sight of what they had done,” Arcuri said. “A few years ago this was a program that was really struggling. They were the impetus to bring us back to where we want to be.” 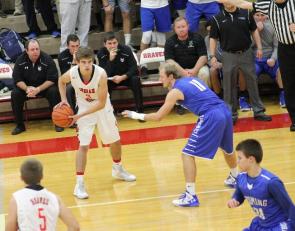 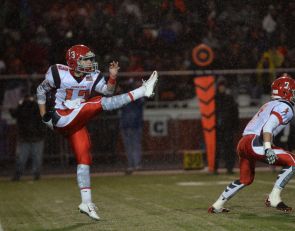 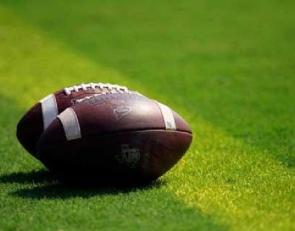 https://usatodayhss.com/2015/indian-hill-falls-to-clintonmassie-4034
Indian Hill falls to Clinton-Massie, 40-34
I found this story on USA TODAY High School Sports and wanted to share it with you: %link% For more high school stories, stats and videos, visit http://usatodayhss.com.