Wyoming had no answer for Indian Hill senior Nick Heidel (3) who had 22 points to lead the Braves to a 61-36 win.

“I’m not going to say I expected that,” Braves coach Tim Burch said. “I think Wyoming does a fantastic job. I love their team and their coach. They play hard, a lot like we do. I think the next game’s going to be a nail-biter.”

The Braves have had the Cowboys proverbial number of late, beating them twice in football, including a first-round playoff game. Last March, Burch’s squad defeated Wyoming in the second round of the tournament to end their season.

Many of the participants in those games were on the floor at Indian Hill as most CHL schools rely on two and three sport athletes.  Both quarterbacks that finished the football playoff game last month, Reed Aichholz of Indian Hill and Joey Edmonds of Wyoming, were in the starting line-up for their respective squads.

The Braves led by 13 after one quarter, 15 at the break and extended  the difference to 23 by the end of the third quarter.  The benches were emptied with 1:36 to play.

Indian Hill senior Nick Heidel led all scorers with 22 points, displaying the three-point touch he exhibited in their last defeat of Wyoming.

“He’s capable of doing that on a nightly basis,” Burch said. “Last year we gave him a green light and he took some bad shots. Tonight, he didn’t take any bad shots. He’s a heck of a player and a leader on our team.”

Junior Garyn Parter topped Wyoming with 13 points. Both teams are now 1-1 with Indian Hill losing to Anderson last week and Wyoming winning at Mount Healthy.  The rematch is set for Jan. 22 at Wyoming. 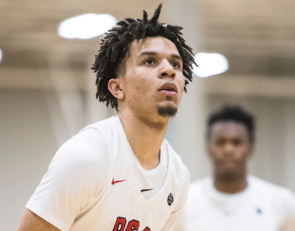 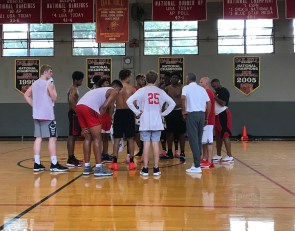