It also demonstrated a lesson in sportsmanship and sacrifice.

The Davis County of Bloomfield senior finished first in Thursday’s meet at Columbus Junction, but was later disqualified when he aided an opponent who collapsed near the finish line — an interference that violated state rules.

Hougland, who was ranked seventh among the state’s Class 2A runners, crossed the finish line first, apparently winning his first district championship and earning his fourth trip to the state meet, which will be held Oct. 31 in Fort Dodge.

He turned to look back at the course and saw Mediapolis senior Garret Hinson struggling in distress. Hinson was about 150 meters short of the finish line.

“Is anyone going to help him?” Hougland shouted.

Hinson, whose legs and back were giving out, dropped to his knees and was crawling on all fours toward the finish.

Taking the initiative, Hougland ran to Hinson’s side. He helped Hinson to his feet and guided him for a few steps before the Mediapolis runner reached the end of the race.

Both runners were disqualified. Hinson, a senior, was ranked No. 21 in Class 2A.

“It was kind of all a blur,” Hinson said. “I was moving in slow motion. Someone said, ‘disqualified.’ “

Fortunately for him, Hougland, who was praised for his sportsmanship by fans and runners, will still be able to run at the state meet. He will be eligible to compete for a state title, too. Davis County’s boys’ team took third and qualified for state despite losing its top athlete in Thursday’s meet. 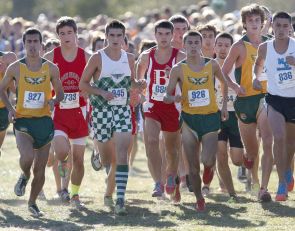 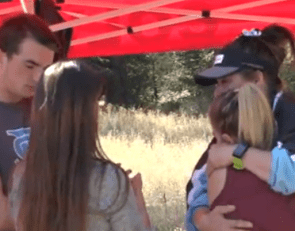 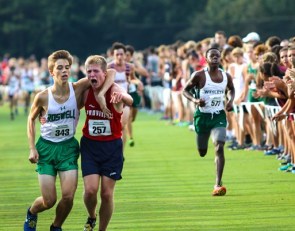