It’s all about the Benjamins in SEC

It’s all about the Benjamins in SEC

Texas A&M’s Kevin Sumlin is the SEC’s second-highest paid coach at $5 million a season, but has seen the Aggies go from 11-2 his first season to 8-5 in his third.

Alabama’s Nick Saban remains the highest-paid coach in college football at $7.3 million a season, but the expectations to win are enormous for the Crimson Tide.

HOOVER, Ala. – If the 14 coaches who shuffled through SEC Media Days last week were ranked by whose job is the most secure heading into 2015, it’s possible the top-three would not include the coach who has celebrated four national titles, the coach trying to track down Bear Bryant for all-time wins, the coach entering his 15th season at the same school or the coach who played for the championship just two years ago.

By exceeding expectations and guiding Arkansas to a dominant Texas Bowl victory over Texas, Bret Bielema cashed in after last season, receiving a two-year extension and raise that placed him in the SEC’s $4 million club.

“I’m happy to be back up here because it’s hard to stay up here as a head coach in the SEC sometimes,” said Mississippi State’s Dan Mullen, who might have more job security at this exact moment than any of his peers as his team was picked to finish last in its division.

But job security in the SEC is about where a program is perceived to be going as much as where it has been. And the byproduct is a league where coaching contracts can offer both financial security and professional peril all at the same time.

“Is there any other way?” Mark Stoops responded when asked if the multimillion-dollar investments Kentucky made in its program — including his contract — ratcheted up the pressure to win. “That’s what it is. You all expect me to make progress every year, and certainly my bosses do.”

In the world of college football you’re judged by wins and losses, but you’re also judged by whether your team overachieves or underachieves.
Tennessee head coach Butch Jones

Stoops is one of seven SEC coaches who received a contract extension and raise after last season, making him a $3.25 million coach in 2015 with raises built in to $4.25 million in 2019. And he got it simply for showing progress during a 5-7 season at historically downtrodden Kentucky, a sort of down payment on success the school expects in the future.

And he’s not alone among SEC schools betting on the come.

Tennessee’s Butch Jones parlayed a 7-6 season into a contract worth $3.6 million a year through 2020, and Bret Bielema joined the $4 million club even though his overall record at Arkansas is just 10-15.

“In the world of college football you’re judged by wins and losses,” Jones said, “but you’re also judged by whether your team overachieves or underachieves.”

Those raises, combined with renegotiations for Auburn’s Gus Malzahn, Texas A&M’s Kevin Sumlin and LSU’s Les Miles the year before, has given the SEC West the distinction of having all seven coaches make more than $4 million a year.

And despite every one of them talking about their excitement and high expectations during SEC Media Days, the reality is that some of them are going to be disappointed at the end of 2015 — and potentially on the hot seat.

“Everybody can’t win,” said Sumlin, whose $5 million salary is used as an arrow by critics every time the Aggies lose. “We won eight games last year, so it wasn’t a complete flop. But we need to get better.”

This is a bit of an unusual year in the SEC. Unlike last season with Florida’s Will Muschamp, who was subsequently fired, there isn’t a single coach facing a win-or-else moment.

But the pressure is still on all of them like never before. Even though their salaries — and buyouts — have gotten higher in recent years, so have the dollars coming into their athletic departments. The SEC distributed a record $31.2 million per school this fiscal year, a number that is only expected to increase next year thanks to the SEC Network’s success.

In other words, if an SEC school wants to buy out a coach, it will find a way to pay the bill.

“I used to hear this all the time in coaching that there’s two types of coaches: Those who have been fired or those who are going to be fired,” Bielema said. “I’ve never been fired and I ain’t planning on changing that. It’s just not an option in my opinion. It’s not being cocky. I just really believe we’ve got a great scenario here.”

Still, Bielema said he let the administration at Arkansas know before last season that he would only have four years left on his contract going into 2015 unless it was extended. By exceeding expectations and guiding Arkansas to a dominant Texas Bowl victory over Texas, he swung all the leverage his way and cashed in.

The same went for Freeze, whose contract has been renegotiated after each of his three seasons at Ole Miss. This time, he was able to use interest from Florida to raise his compensation from $3 million to $4.3 million.

But big commitments also mean big expectations, which won’t be easy to meet and maintain every year.

“One of the things you have to try to do is avoid a big swoop down,” Mullen said. “I don’t know that you’re going to stay up there at 12, 13 wins every year. I’d love to. I absolutely would love to. I don’t ever this time of year say we’re definitely going to lose a game. I don’t think any coach is out there saying we’re going to lose this one.

“But what you have to do is manage the season, manage the program as a whole, to maintain where if you can win eight or nine games every single year, you have the chance to have those special years.” 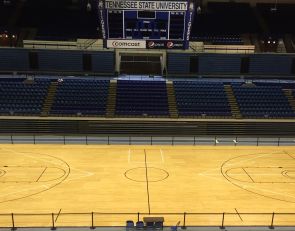 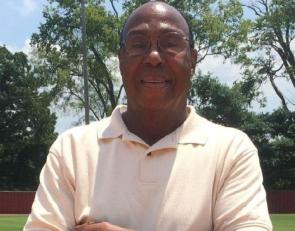 https://usatodayhss.com/2015/its-all-about-the-benjamins-in-sec
It’s all about the Benjamins in SEC