The Jason Williams-Chris Webber years in Sacramento were absolutely breathtaking. Williams was a 13-year NBA veteran, but his four years in Sacramento were constant SportsCenter gold, full of highlights that would have been instant internet memes if .GIFs had been readily distributable then. Instead, “White Chocholate” highlight reels have become the stuff of legend, and he still engenders genuine fascination himself today.

Now his son is en route to the high school spotlight, and he’s already attacking defenders on the court as if he’s channeling his father. You can see the very early best of Jaxon Williams in the highlight reel above.

The younger Williams has a clear eye for the incisive pass, often with an extra dose of flair. And like his father, his ball handling skills are already clearly on a higher plane than anyone else on the court.

Of course it’s far too early to know whether Jaxon Williams will be able to follow in his father’s rather cult legendary footsteps. Still, the early signs are that the talent is there, particularly if it’s accompanied by a healthy dose of will. 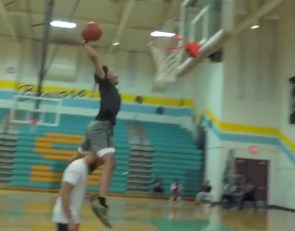 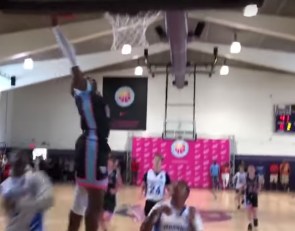 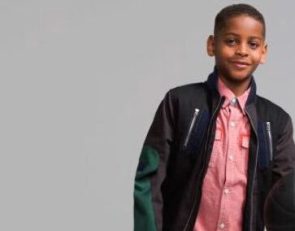 https://usatodayhss.com/2015/jason-white-chocolate-williams-13-year-old-son-jaxon-may-be-even-better-than-dad
Jason "White Chocolate" Williams' 13-year-old son Jaxon may be even better than Dad
I found this story on USA TODAY High School Sports and wanted to share it with you: %link% For more high school stories, stats and videos, visit http://usatodayhss.com.