Not a lot of major district games in Week 7, but some good ones nonetheless to cover in Snaps. 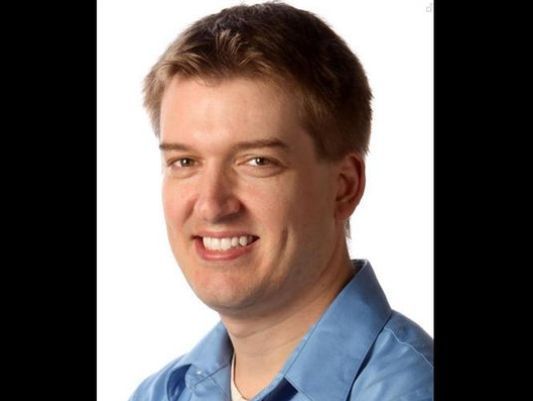 When I spoke to Bulldogs coach Corky Rogers last week after they’d just eviscerated West Nassau 56-6, he said that the Tigers game, just from a matchup perspective – obviously not in terms of importance – was the one that concerned him the most. He thought Columbia’s presence on the defensive line could be problematic.

That pressure erased the Bolles ground game (35 carries, 96 yards) and forced the Bulldogs to air it out with awful results. Alfonzo Battle and Kenny Johnson took interceptions back for touchdowns, part of a three-pick night for Bolles QB Mac Jones. Bolles also surrendered a 91-yard kickoff return for a score.

* Columbia has been a very good, yet occasionally unpredictable team in coach Brian Allen’s tenure. The unpredictable, yet somehow predictable? How about the pre-bye week lapse. But how have the Tigers transitioned from those losses after the bye week? Blowouts.

Performances the week after the bye for Columbia under Allen

* Game of the week

Bartram Trail QB Joey Gatewood with the game-winning two-point conversion run in OT as the Bears beat Ponte Vedra 52-51. I like the call to go for the win by Bears coach Darrell Sutherland in OT. You compare the coach to Saban if it works, or Philbin if it fails.

But you’ve got to trust the guy with the ball in his hands. That belonged to Gatewood, whose 8-yard TD to AJ Bolden on the Bears possession in OT put them within 51-50. The last time the sophomore QB had a shot in OT was two weeks ago, and he essentially went 0 for 4 as the Bears ran aground at St. Augustine in a 24-17 loss. Gatewood is 6-3 and 225 pounds. I like him to cover the final 3 yards. And Sutherland did, too. Gatewood got in. Ballgame, Bears.

* So much has been made regarding Gatewood’s potential because of the large shadow that he casts from a recruiting and projection standpoint. He has the potential to be the most highly recruited quarterback in area history. I hear the comparisons between he and Tim Tebow often, which is understandable. When people hear five-star QB and then hear that he plays for a St. Johns County school, the comparisons start. I get it.

Craig Howard handed the keys to his innovative spread offense to Tebow as a sophomore at Nease and let him go. Gatewood’s development at Bartram has been more deliberate.

There was zero doubt that Tebow was a special, program-type changing player to build around back in 2003. Nease was in complete rebuild mode back then, opening up with Fernandina Beach, Paxon, Ridgeview, University Christian, St. Augustine and Fleming Island. Gatewood splits time with Jordan Smith in a unique and successful QB rotation.

Since I get this question all the time, for comparative purposes, take a look at Tebow and Gatewood with the same six-game sampling of their sophomore seasons. This isn’t taking into account Gatewood’s role as a freshman, or that Tebow played solely defense as a freshman at Trinity Christian. Strictly their numbers as sophomores.

Tebow was a five-star quarterback in the Class of 2006, the No. 1 duel-threat QB in the country, and the No. 22 overall player by Rivals. The QBs in front of Tebow – Matthew Stafford (sixth) and Mitch Mustain (10th). But instead of comparing Gatewood and Tebow, or can the current QB supplant the previous QB, let’s just agree to enjoy what we had in Tebow, and enjoy watching the progression of Bartram”s talented five-star.

* An impressive showing by Fleming Island on Thursday night in a 42-33 win over Westside.

It has been a turbulent week at Fleming. Coach Frank Hall and two assistants resigned Monday. Hall said in a letter read to parents that his health was forcing him to step down, and hopefully, his health is OK. Hall has always been a good guy to deal with at Fleming in the four years of interacting with him.

The flip side is that he was in the midst of being suspended with pay while the Clay County School District looks into charges of some financial improprieties tied to the booster club. All that will eventually be resolved. But there’s still half a season to play, seniors being recruited and football left on the schedule, an outside shot at the playoffs.

Fleming tabbed defensive coordinator Damenyum Springs as the interim head coach. In the span of three days, the Golden Eagles pulled their offensive playbooks out from 2013 and dialed up a game plan that included a whole lot of Trey Sneed. He delivered with a five TD, 219-yard night.

It would have been an easy week to fold. The Golden Eagles didn’t. That’s a game Fleming players and the community will, and should, remember.

* Had you told me that First Coast would be sitting at 1-5 right now with essentially its season on the line next week against Lee, I’d have said no chance. The Buccaneers will have to play flawless district football from here on out, but it is possible. They’d need to beat Atlantic Coast and Lee at the minimum, hope for a Fletcher loss to both Columbia and Lee. I did think that QB Jevaro Hardy played well against a very good defense, and receiver Kevin Stepherson looked good. That’s positive for the Buccaneers.

* Raines didn’t look like the No. 1 team in the state on Friday in its 26-15 win over First Coast. The Vikings may very well ascend to that spot in the AP poll from No. 2 after Bolles went down to Columbia. Most of the Vikings problems were self-inflicted, correctable mistakes. But coach Deran Wiley looked ill after the win. Outside of the running of back Alex Rutledge, as well as a very good first drive, the Vikings looked very average offensively.

* I saw Lee in Week 1, a 39-0 loss to Raines that felt more lopsided than that. But the Generals have bounced back to the tune of 4-2 now. Their 14-7 win over and Eli Peters-less Sandalwood on Friday was good. The Generals aren’t built for shootout football. They are a defense-first, grind-it-out-and-win-the-line-of-scrimmage team. Lee’s last two wins, the Sandalwood victory and 10-7 a week earlier against Atlantic Coast, are proof that O.J. Small’s team can slug it out for four quarters.

* Yulee RB Jamari Peacock with perhaps the best game of his career: 128 yards rushing on 20 carries, three TDs and three two-point conversion runs in a 38-24 win over Bishop Kenny.

* Atlantic Coast’s Damon Williams a 164-yard night and three TDs, the last with seconds remaining in a 42-35 win over Providence. On the flip side, Jamauri Wakefield with 251 rushing yards and three TDs in the loss.

* Nease QB Leighton Alley with a pair of TD runs and another passing as the Panthers rallied for a 44-30 win over West Nassau – with a 23-point blitz in the fourth.

16: Points that the Raines defense has surrendered this season (10 to White and 6 on Friday to First Coast).

4: Punt return TDs this season for Raines return ace Willie Wright. He had a 65-yarder on Friday against First Coast.

137: Points scored by University Christian in its two District 2-2A games so far – 76-0 over Eagle’s View on Friday and 61-0 over Harvest the week prior.

* The marquee games of Week 8, ranked in order of quality district games.

Bartram Trail (5-2, 2-0) at Buchholz (4-2, 1-0), District 3-7A: A win by Bartram will send this district into disarray and potentially turn an Oct. 30 game against Oakleaf into a win-or-go-home, or perhaps a district shootout scenario.

Episcopal (4-2, 1-0) at Providence (1-5, 0-1), District 2-3A: The Stallions look terrible record-wise, although they’ve played a far more rugged schedule than the Eagles.

Seacoast Christian at Beacon of Hope