Karns back at work after dead period

Karns back at work after dead period 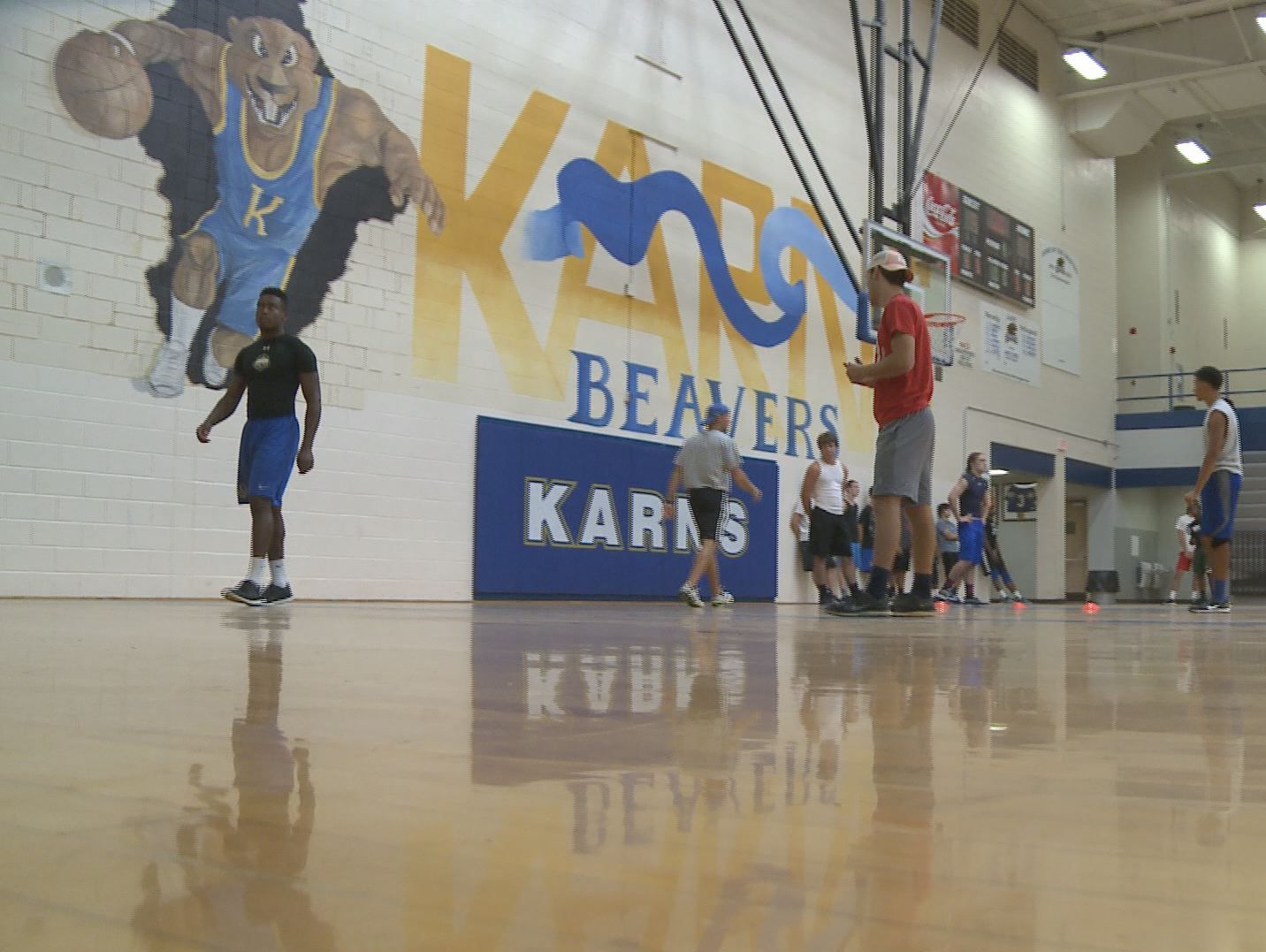 Karns practiced in the gym on Monday.

“It’s about, basically, the most miserable two weeks we have of the year,” said Kilgore. “You get to go through June, you’re getting excited about football season and then we have 10 days where we don’t get to be around the kids.”

From June 24-July 4, high school football players are on their own when it comes to workouts.

“It’s very important because a lot of kids just take off and if we’re working, we’re getting better,” said senior Devin Harper.

Monday, it was time to go back to work. Due to wet field conditions, the Beavers practiced in the gym.

“It’s frustrating,” said Kilgore. “I mean you’re playing football in a basketball gym so, it’s an oxymoron. We’ll come in here and try to get as much work as we can get done.”

The spring was about the basics. Now, Karns is focused on its first oppoent: Bearden.

“We’re watching film from the spring and evaluating kids and working on that film,” explained Kilgore.

Karns hasn’t won a football game since the Beavers beat Halls on October 4, 2013. They haven’t had a winning season since 2011.

Karns will throw against Lenoir City on Wednesday before competing in the annual 7-on-7 tournament at Maryville College on Saturday.

https://usatodayhss.com/2015/karns-back-at-work-after-dead-period
Karns back at work after dead period
I found this story on USA TODAY High School Sports and wanted to share it with you: %link% For more high school stories, stats and videos, visit http://usatodayhss.com.