Arapahoe Warrior senior, Moffitt will play out in Wisconsin after graduation in 2016 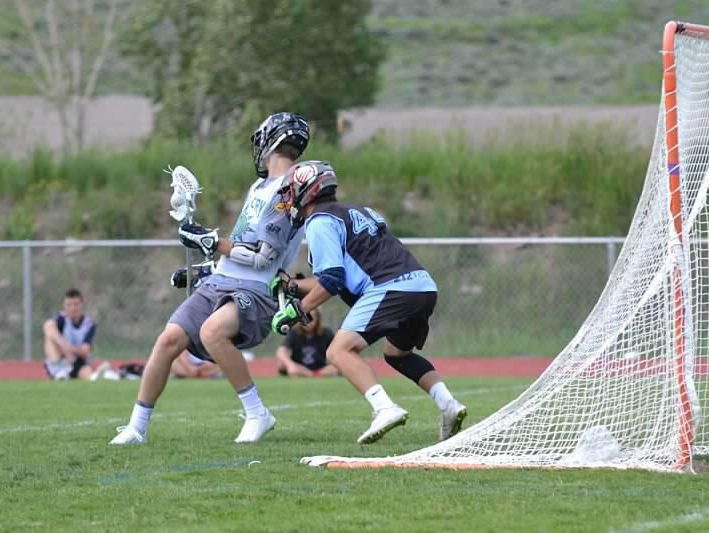 KUSA — The Marquette Golden Eagles got the Arapahoe Warriors’ Keenan Moffitt to commit to their lacrosse team in 2016 when he graduates. The 2015-16 senior decided to verbally commit to Marquette this afternoon over twitter after making a trip to the schools’ campus.

“I fell in love with the campus and the coach was very welcoming,” said Moffit. “It really was love at first sight for me.”

Big reasons he also decided to take a chance on the Golden Eagles is because he will most likely be on the field his freshman year. “It will be really great to help better a program that is up and coming,” he said.

Marquette will be a little closer to home than many of the East Coast schools he was looking at, and they will be academically challenging. “I’m willing to take on the challenge,” he said.

The Warriors’ attacker transferred from Cherokee Trail High School to Arapahoe High School last year. Do to school transfer rules, Moffitt had sit out his junior year and dedicate his time to off-the-field training and playing with his club team the Colorado Fire.

In his sophomore season with the Cougars (13-14) he scored 45 goals and gave 20 assists. The team finished with an overall record of 7-7 missing a spot in that years playoffs.

Keep a close eye on the Arapahoe Warriors lacrosse team as they strive for revenge in the 2015-16 season.