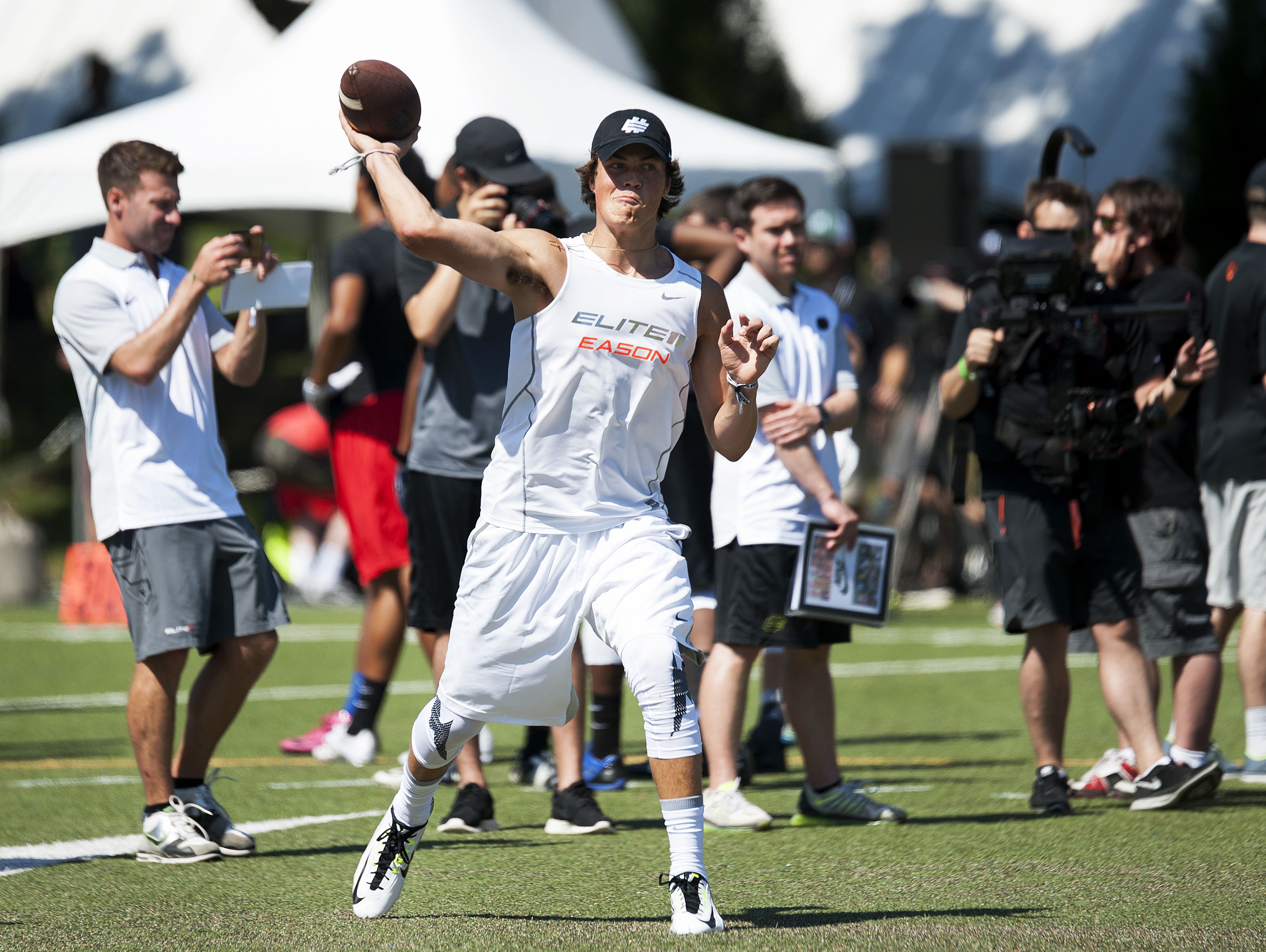 Lake Stevens quarterback Jacob Eason competed at the Elite 11 tournament in Beaverton, Ore. this week, and is kicking off competition in the Opening Finals.

Eason, who’s committed to Georgia, is seen as the No. 1 pro-style quarterback for the class of 2016. Last year he threw for 2,829 yards and 32 touchdowns with just three interceptions.

He was in good company at the Elite 11 camp. Notable Elite 11 alumni includes Aaron Rodgers, Andrew Luck, and Ben Roethlisberger, This year, five of the 18 prospects have committed to SEC schools.

“It’s cool,” Eason told USA Today Sports. “We’re building our friendships now so that by the time we play each other, we’re already close, so that we slap five after the game, no matter what happens. The SEC is going to build up to where it was previously, the power conference.”

https://usatodayhss.com/2015/lake-stevens-qb-eason-competes-at-elite-11
Lake Stevens QB Eason competes at Elite 11
I found this story on USA TODAY High School Sports and wanted to share it with you: %link% For more high school stories, stats and videos, visit http://usatodayhss.com.