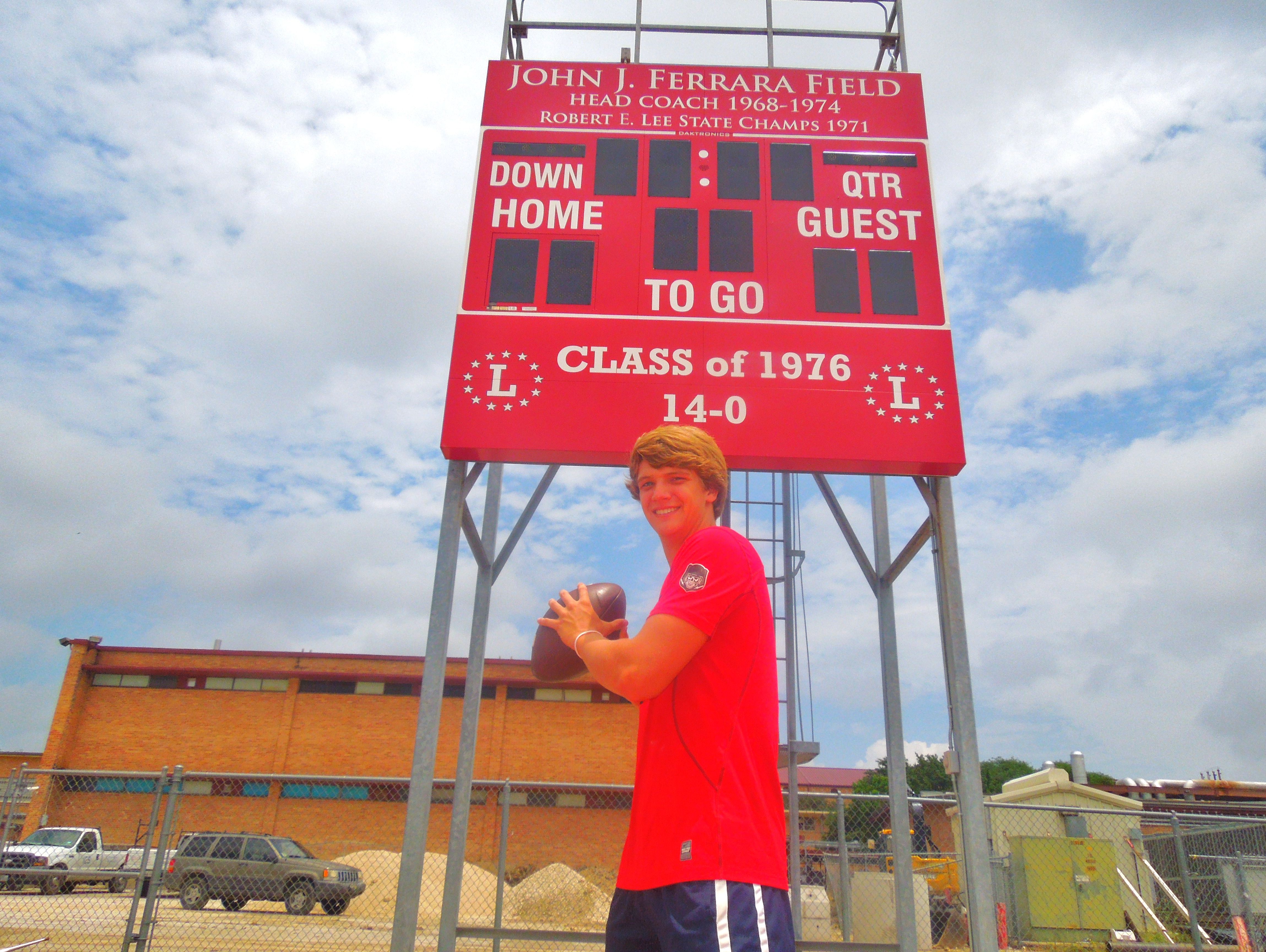 Lee quarterback Kyle Fuller, standing in front of the scoreboard at Ferrara Field, has been one of the most prolific passers in the area the past two seasons.

Lee football coach Danny Kloza tells a story that illustrates how intense the Volunteers’ rivalry with Churchill was when each school won a state championship in the 1970s and contended for a title throughout most of the decade.

When Lee needed a scoreboard for Ferrara Field a few years back, two donors stepped up to cover the cost. One was a 1976 Lee graduate and the other a 1976 Churchill grad.

The Lee alum insisted that the score of the 1975 Lee-Churchill game, a winner-take-all showdown for the district title between 9-0 teams in the regular-season finale, be prominently displayed somewhere on the scoreboard.

And so it was.

“That’s how much that win still means to him and the guys that played on the ’75 Lee team,” Kloza said Thursday.

Under the red scoreboard, for all to see, reads:

The Vols beat the Chargers 14-0 in 1975 to head into the playoffs with a perfect record. In those days when only district champions advanced to the postseason, Churchill missed the cut with a 9-1 record.

With the Chargers (3-2, 0-1) and resurgent Vols (5-1, 1-1) clashing Saturday night in a District 26-6A game with playoff implications, memories of the days when both schools ranked as state powers have come rushing back. 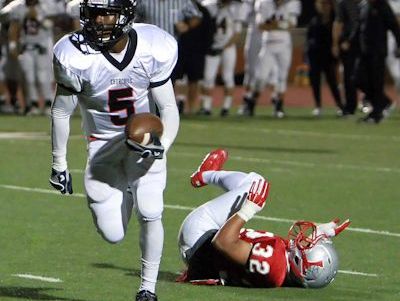 The rivalry between the two North East ISD schools has featured some of the best players in the history of San Antonio high school football, including future NFL quarterbacks Tommy Kramer of Lee and Cody Carlson of Churchill.

Kloza, a 1982 Lee graduate, grew up going to Churchill-Lee games and has experienced the rivalry as a fan, player and coach.

“Being a part of that as a child, and then coming here and playing in it and then living it as a coach is special,” Kloza said. “It’s a special game.”

Each year, there’s a familiarity between the players on both teams because some are former middle-school teammates or longtime friends.

“A lot of our kids know their kids,” Harris said. “There are a lot of relationships there. High school football is special in itself, but when you have an added thing like a rivalry, it means even more.”

Kloza’s brother, Steve, was a senior wide receiver and strong safety on Lee’s 1975 team. Kloza was 11 when he watched his brother intercept three Churchill passes 40 years ago next month at North East Stadium.

“That’s one of the most memorable games I’ve ever seen,” Kloza said. “It was the first (and only) time the teams met when they were both 9-0. He (Steve) was the city’s player of the week for what he did in that game. He had three interceptions, caused a fumble and made five tackles. I remember that game like it was yesterday.” 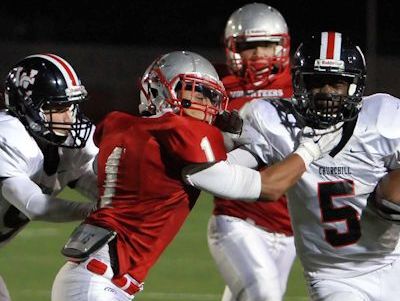 Churchill’s Dandre Reed (5), trying to fight off a tackle by Lee defensive back Chris Ramon in last year’s game, is one of the Chargers’ best players.

Kloza also has vivid memories of listening to the radio broadcast of Lee’s 28-27 victory over Wichita Falls in the 1971 Class 4A title game. The Vols finished 14-0-1, with the only blemish a tie against Churchill.

“I was 7 and in the second grade,” he said. “It was pretty cool because when you’re in elementary school and you’re listening to all of this, you actually know Pat Rockett, Richard Osborne and Tommy Kramer. You grow up playing with those guys when you’re little, coming up to Lee and playing summer rec.”

The Vols already have won more games than they have since they went 5-5 in 1995. One more win would give Lee six victories in a season for the first time since 1991, when it finished 6-5 and made the playoffs.

Lee hasn’t made the playoffs since 1993. The Vols last week bounced back from a lopsided loss to Johnson in their district opener with a 38-26 win against Madison. It was Lee’s first win over the Mavericks since 1987.

“We’re in the hunt and it is a big game,” Kloza said. “Obviously, as you get down toward the middle part to the end of the season, they’re all big. Our community and alumni get excited about playing Churchill. I’ve been getting tons of phone calls, emails and text messages from people saying, ‘Hey, we’re coming to the game.’

“It’s Lee-Churchill. There are still a lot of people who remember this rivalry. They’re going to come and support their old school. It’s a pretty cool deal. I’m happy for these kids and I’m happy for the community.

Churchill started the season 3-0 and led Warren 21-0 at halftime before losing 22-21. The Chargers opened district play last week with a 35-28 loss to MacArthur. 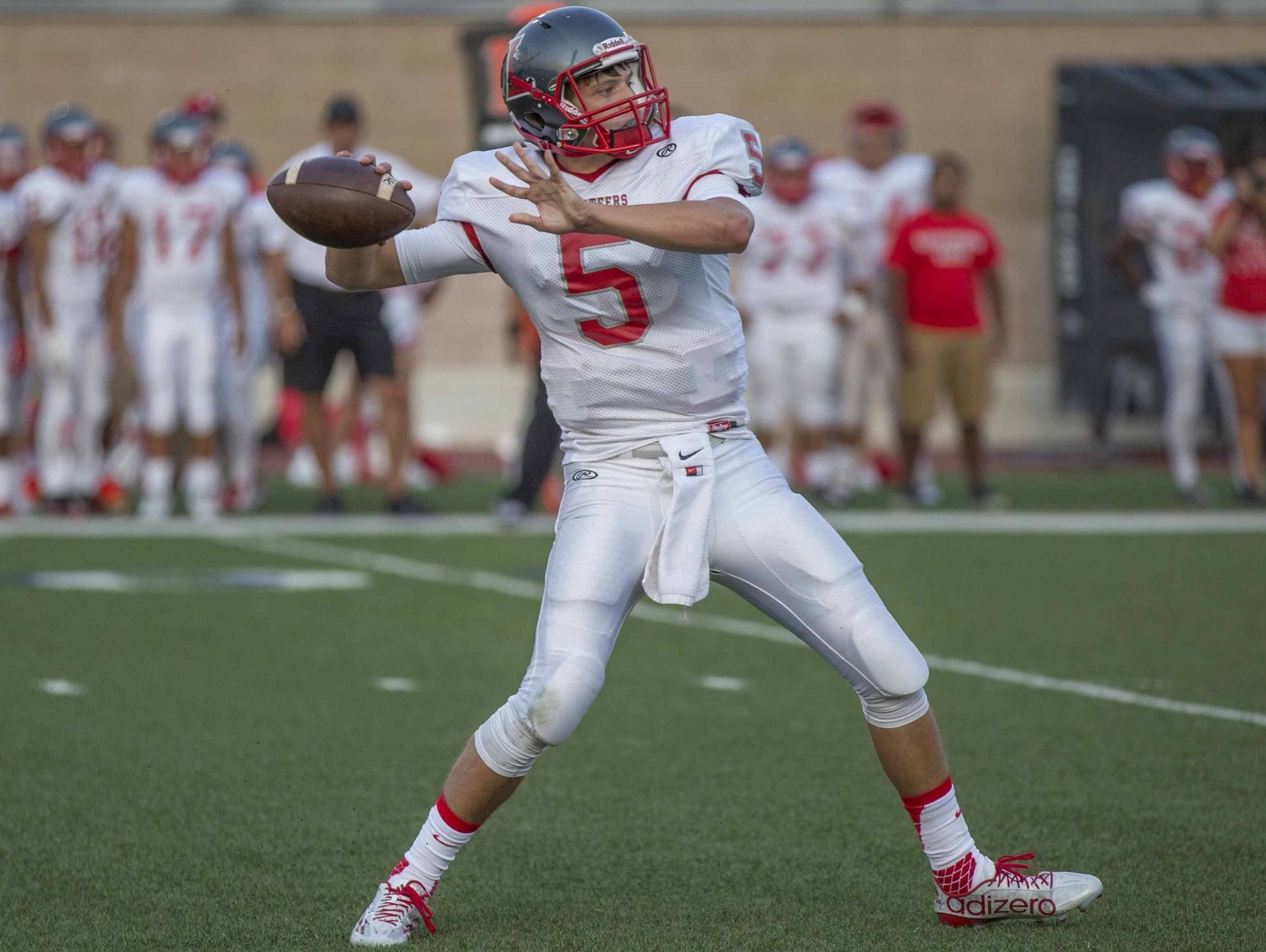 Lee senior Kyle Fuller, who has completed 88 of 172 passes for 1,209 yards and 13 TDs this season, played at Churchill as a freshman before transferring.

Churchill owns a commanding 35-11-2 lead in its series with Lee, which has defeated the Chargers only four other times since that memorable 14-0 victory in 1975. Churchill has reeled off 12 consecutive victories over the Vols since Lee’s last win in 2002, and has won 19 of the last 20 games in the series.

“None of that matters to us,” Fuller said. “The only thing that matters is the game Saturday. It’s still a huge rivalry for us. I know a lot of my teammates still are friends with a lot of those guys they played with at Jackson (Middle School). Some of them came to Lee and some went to Churchill. This game is for bragging rights.”

Fuller grew up hearing about the rivalry from his parents. Donna Bartels Fuller graduated from Lee in 1977, and Keith Fuller was a senior on the Churchill team that lost to the Vols in 1975.

“I just know that at one time it was one of the biggest rivalries in San Antonio,” Kyle Fuller said. “I remember hearing about how North East stadium used to be packed with people when Lee and Churchill played each other. Everybody in the community supported their team. It’s funny now because my father has more friends that graduated from Lee. He loves it.”

Although the Chargers have dominated the rivalry since the 1970s, Churchill senior linebacker Stephen West said that each game and each season is different.

Churchill vs. Lee or Lee vs. Churchill. No place else but San Antonio.

https://usatodayhss.com/2015/leechurchill-game-evoking-memories-of-classic-rivalry
Lee-Churchill game evoking memories of classic rivalry
I found this story on USA TODAY High School Sports and wanted to share it with you: %link% For more high school stories, stats and videos, visit http://usatodayhss.com.