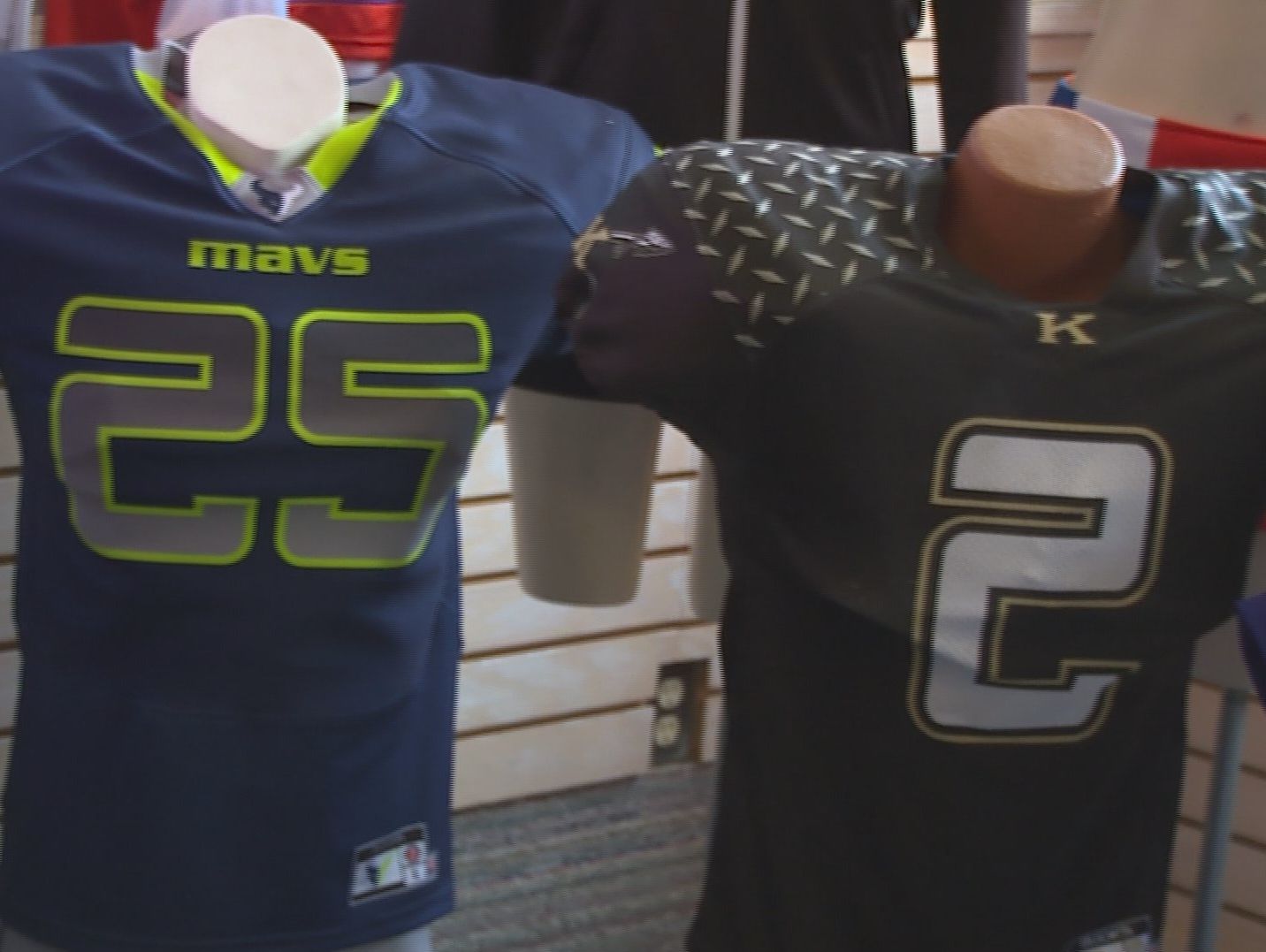 BOISE — During a basketball game at Borah High School last December, it was hard to not take notice of the Lions’ jerseys.

A faded life-like lion head peaking out just above the players’ numbers on an otherwise simple white and green uniform.

That image was created by Boise-bred company, Bucks Bags.

Bucks Bags started in 1979 in owner Larry Howerton’s living room after he created a patent on a football equipment bag.

In 2000, Bucks Bags saw the majority of their corporate clients start taking their business to China to cut costs. In order to keep his business afloat, they ventured into the uniform business.

Since then, Bucks Bags has become a national brand, creating custom-made uniforms for local high schools and small universities in addition to producing sporting bags for colleges like Alabama, Florida State, Miami,Texas Christian University, and all PAC-12 schools.

“We sell direct to the schools rather than going through dealers, which immediately saves the school some money, and we are able to give them top quality, the best uniform money can buy,” Howerton said.

Depending on the sport, each jersey is made with different fabrics to best suit the sport.

“The football [jerseys] takes the heavier-weight fabrics, and lacrosse and soccer takes a lighter-weight fabric,” Howerton said. “We really strive to buy the best fabric money can buy…. we use the best thread, and we do it right here, so we control the process, and if the coach has a question, he just calls us direct.”

Unlike major brands, who typically change their styles every two years, Bucks is able to ‘fill in’ to uniforms, to create the same jersey, even if the pattern or style is several years old.

“It’s very difficult for those guys to do that,” Howerton said.

However, Howterton said schools like to change their style every few years, typically before the uniforms wear out.

Five years ago, Bucks began producing uniforms through “sublimation,” which takes a printed image and turns the ink to a dye via the pressure of a machine and the heat and it’s forced into the garment.

In order for the color to remain consistent and avoid future fading, polyester fabric is used. However, sublimation allows manufacturers to purchase only white fabric because they are able to color-match any color.

“If a school has an odd color, like brown, for instance is a tough color, like Vallivue, we can match those colors.”

For example, Madison High School in eastern Idaho has a specific scarlet they use in their logos, which Bucks has dubbed ‘Madison Red.’ The same can be said for Rigby High School, who has their own ‘Rigby Maroon’ color created by Bucks.

Locally, Mountain View football adopted a color similar to a lime-green color, in addition to their royal blue and white.

Finding the specific lime-green color on its own is a difficult task, and trying to match it with the cheerleaders’ uniforms and fan gear, which is typically purchased through different vendors, is near impossible, according to Howerton.

Bucks can take that exact color and tie it in with the cheerleader uniforms and fan gear in order to make a more comprehensive look.

“We can make all of those match. In other words, the cheerleading uniform can take off of the football uniform so that they’re all a set with one particular design. That’s the neat thing about sublimation, the colors aren’t an issue. We can tweak the colors to make sure they are exactly right.”

“Starts off with a design. We need to mock up something for the coach to try and get him satisfied.”

From shoulder stripes to colors and styles and numbers, the coaches are a part of the entire process.

Once a final design has been set, it goes to the production department who will produce the uniform pattern and layout. Each jersey is sized on a computer, calculating how many of each size is needed, then sent to the printer.

After the patterns are printed, each piece of fabric for the jersey is cut by a machine.

From there, if using sublimation, the jersey’s image is printed and covered with the appropriate fabric pieces before going through a heat roller, which presses the ink into the fabric.

Finally, pieces are sent to the sewing department.

As Boise continues to grow, so does the need for competitive youth sports teams.

Most club teams in the area, according to Howerton, wear ‘stock uniforms,’ or uniforms picked out of a name-brand catalog with very little art or design attached.

“We give the club their own identity. In other words, we’ll design the jersey to fit their logos or whomever they might represent as far as a mascot might be,” Howerton said. “That way, when they’re on the road traveling, everybody already knows who they are by the look of their uniforms. It’s a unique deal to be able to do that.”

“We’re able to give them more special attention.”

Not only does Bucks Bags produce for local schools and companies, they are the bag supplier for 27 of the 32 NFL teams, including the Green Bay Packers, San Diego Chargers and Cleveland Browns.

They sold their first ball bag to the Seattle Seahawks and just last year, they created a heated ball bag, which uses hand warmers in the side pouches to produce heat.

As the company continues to grow, so does the number of local jersey’s hanging in the Bucks Bags showroom. From Capital football to Emmett lacrosse, Meridian cheerleading and Caldwell wrestling, the amount of pride Bucks Bags has taken in being a part of local sports is incredible.

https://usatodayhss.com/2015/local-company-gives-teams-an-image-through-uniforms
Local company gives teams an image through uniforms
I found this story on USA TODAY High School Sports and wanted to share it with you: %link% For more high school stories, stats and videos, visit http://usatodayhss.com.