Holland Ponthieux will be the first Ouachita Parish player to join the sand volleyball program at ULM.

The University of Louisiana at Monroe sand volleyball team is getting some home grown flavor next year as Holland Ponthieux of Calhoun has signed a National Letter of Intent to play for the Warhawks beginning in 2016-2017.

Ponthieux, a homeschool student who plays with ACEL Flames in both volleyball and basketball said she was excited to be leading the way for local girls to possibly join the program in the future.

“It is a humbling experience and I am so excited,” Ponthieux said. “I love playing. I started just three years ago. This opportunity fell in my lap. My friends started a sand volleyball team.”

Ponthieux describes her start in the sport as “crazy” because she had always wanted to play her first love – soccer.

When her local club soccer team disbanded, she looked for a new outlet for her athletic abilities.

Ponthieux, 17, now hopes her new home with ULM sand volleyball can inspire others.

“I hope it shows girls to always go for what you want,” Ponthieux said.

Ponthiuex plans to major in kinesiology and later physical therapy.

ULM began its sand volleyball program in 2013 and now joins some 44 teams in the American Volleyball Coaches Association. Sand Volleyball became a Division I NCAA championship sport in 2014.

ULM has reached nationals each year and in 2015 won a program best 15 games.

Georgia State and Coastal Carolina are among the schools in the Sun Belt Conference in other sports with ULM.

Connect with Cody on Twitter @cfutrellTNS or via e-mail cfutrell@thenewsstar.com 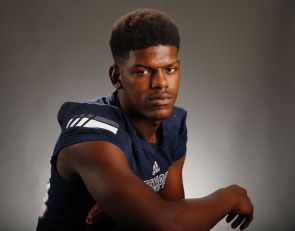 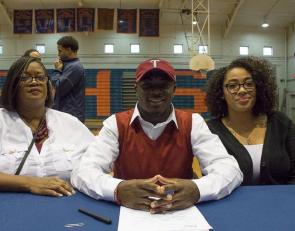 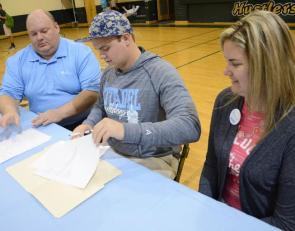 https://usatodayhss.com/2015/local-player-signs-with-ulm-sand-volleyball
Local player signs with ULM sand volleyball
I found this story on USA TODAY High School Sports and wanted to share it with you: %link% For more high school stories, stats and videos, visit http://usatodayhss.com.