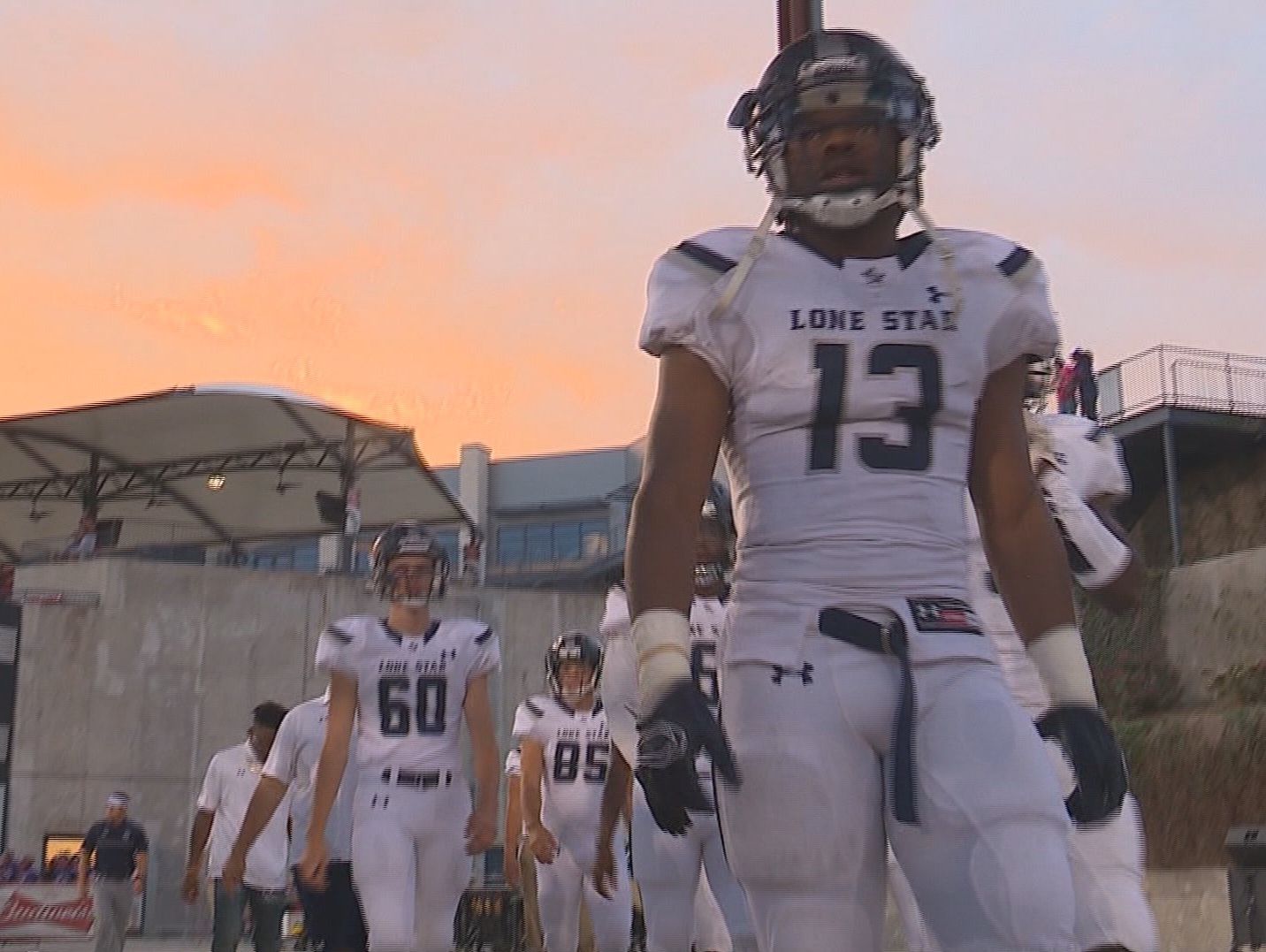 FRISCO — The first varsity football season at Lone Star was in 2010, and the Rangers did what most new programs do — they went 0-10.

“For us, it was about setting expectations for our kids,” said Lone Star head coach Jeff Rayburn, who was on the staff as the offensive coordinator in 2010. “Number one about how to work, how to compete, and ultimately, how to win.”

That was only five years ago, but the program is lightyears ahead of where it started. Lone Star is 8-0 and will make the playoffs this season for the third time in four years, and the only time they didn’t, they went 7-3.

“I’ve never heard of a team going 7-3 and not making the playoffs,” said quarterback Jason Shelley. “But we know we lost to the wrong teams and we lost to them because we didn’t do what we needed to do.”

Lone Star is a new school, but they play football “old school.” They play good defense, and that’s hard to do in this offensive era.

“I like to go out there and try to make offenses work for their yards,” said Jake Ray, a senior defensive end. “Nothing’s given now.”

The Rangers are allowing just 16 points per game. They score 48 every game, and that’s how you get to 8-0.

“We know defenses win championships,” said Rayburn. “Offense is always going to get the headlines. We’ve been scoring a lot of points and have a lot of great playmakers on offense. But defense is going to win us championships.”

Defense may win championships, but can a Frisco school win one? There’s a thought that with seven high schools in Frisco, the talent pool is too watered down for any one team to be good enough to win a state title.

“We believe that we’re good enough around here. We’ve got a great district, a lot of great ball clubs,” said Rayburn. “The football around here is great, and we know if we take care of our business, we’ll have the opportunity to compete and win against anybody we play against.”

https://usatodayhss.com/2015/lone-star-stands-apart-in-frisco-district
Lone Star stands apart in Frisco district
I found this story on USA TODAY High School Sports and wanted to share it with you: %link% For more high school stories, stats and videos, visit http://usatodayhss.com.