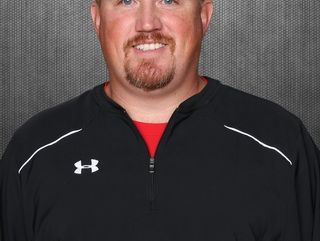 Lovejoy has re-assigned second-year football coach Ryan Cox. Lovejoy reached the Class 5A state playoffs the last two seasons but Lovejoy was eliminated in the first round. Lovejoy lost in overtime to Terrell two weeks ago after getting stopped on a 2-point conversion attempt in the first overtime.

Last year, Lovejoy went 6-5 under Cox, who was elevated from defensive coordinator after Matt Green left for Marble Falls. A native of nearby Pottsboro, Cox has coached in South Dakota in Texas at Commerce, Terrell and Port Neches-Groves.

Lovejoy ISD athletic director Jim Bob Puckett in an email: “Coach Cox has been relieved of his duties as Head Football Coach and re-assigned within the district. The re-assigned position has not been determined at this time.”

“I just have a great opportunity to be able to work for the UIL and have an impact on our state,” the 39-year-old Polk told the Fort Worth Star-Telegram. “I love being around kids and will miss some of that …I hope what we have done is show that you can win,” Polk said. “It’s not easy to start a program from a district that historically has not had a ton of success. But this school district is on the rise.”

The process of finding a successor will start quickly. The position is expected to be posted this week. Northwest ISD AD Joel Johnson is hoping to interview finalists the week of Jan. 18. If all goes smoothly, a new name could be presented to the school board by the Jan. 28 meeting. One of the candidates expected to pursue the position is Nelson offensive coordinator Byron Bode, who has been with Polk since the school opened. Nelson will remain a 6A school when the UIL releases its new realignment on Feb. 1. It has an enrollment of more than 2,500 students.