After seven years in the making, Lynnwood’s dynamic duo will be splitting next year for bigger and better things. 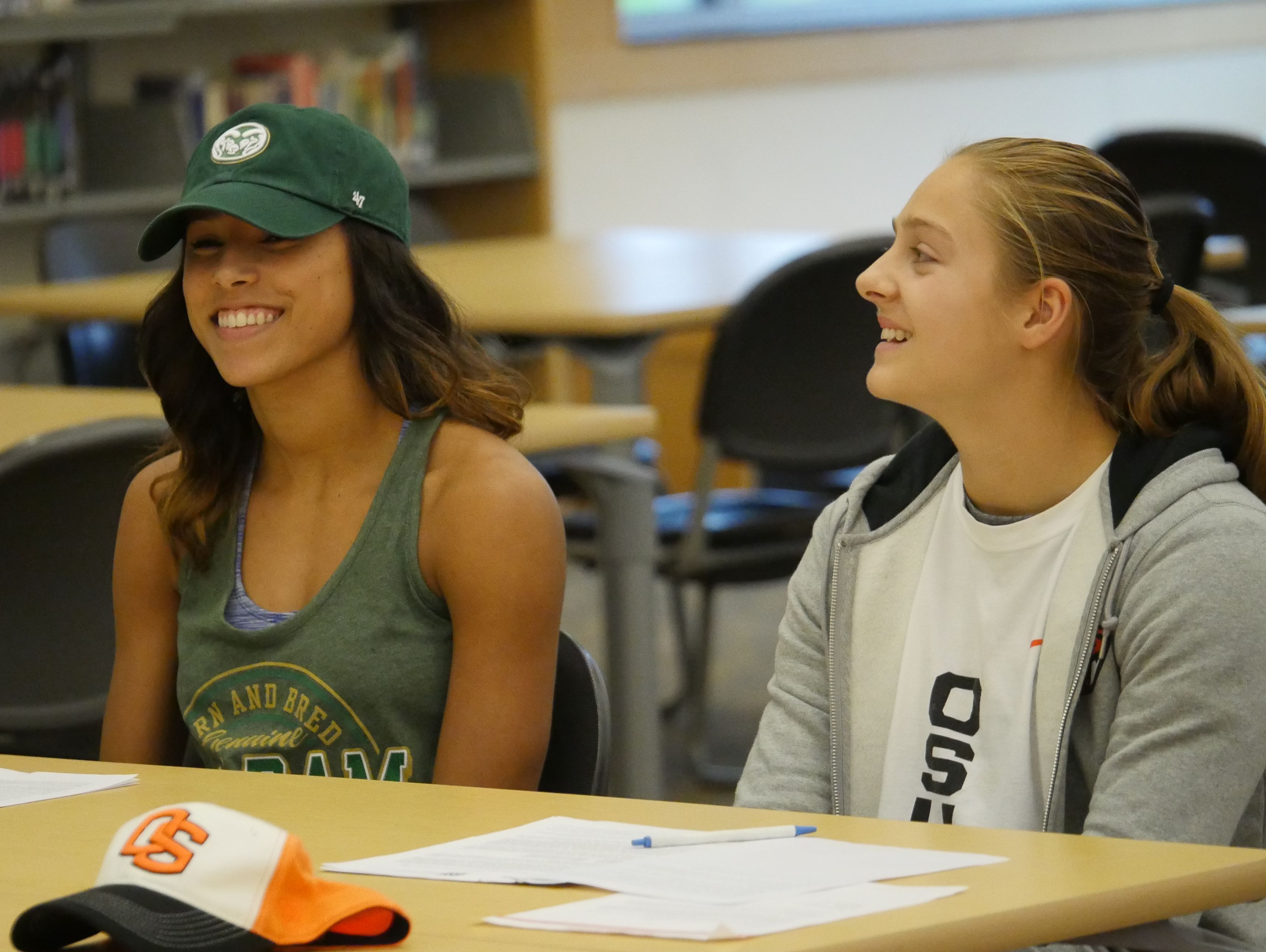 From an undefeated seventh grade team to Lynnwood’s first state title in a team sport last season, Mikayla Pivec and Jordyn Edwards have led the Royals to some big accomplishments.

Next year they will continue separately, Pivec at Oregon State, and Edwards at Colorado State. The two signed their LOIs Monday and held a signing celebration Wednesday at the high school.

“It’s really difficult, just because we have been playing for such a long time together,” Edwards said. “And she is a such dominant player as we all know. She can rebound, score, pass, everything you can think of. I’m really going to miss having a teammate like her around.”

The 5-foot-10 Pivec is ranked as a 5-star recruit on ESPN, and held offers from six schools including Washington and Stanford. She was named the Gatorade State Player of the Year last season.

Pivec said the Oregona State coaching staff and her relationship with head coach Scott Rueck made the difference. Rueck turned around a struggling program that five years ago went 9-21. Now the Beavers have made the NCAA tournament two years in a row for the first time since 1996.

“It’s great, because I’ve been able to see what they can do,” Pivec said. “Take something from nothing and turn it into something great. I’m looking forward to being a part of that.”

She said Oregon State would like to play her as a combo guard.

“If I continue to work hard I have a good chance to contribute right away,” Pivec said.

Also a track and cross country standout, Pivec set school records in the 800 meter and 1600 meter runs and placed fourth at state. Pivec chose to pursue basketball in college because of the team aspect.

Edwards took one other official visit to New Mexico before settling on the Rams. Edwards said she built a good relationship with the head coaches, and eight of Colorado State’s players hail from Europe, which attracted Edwards to the program.

“I just kind of had that gut feeling that people talk about, and I just knew it once I went home,” Edwards said.

Edwards, who is the daughter of head coach Everett Edwards, knows how to score (she averaged 10.1 points and 3.8 assists last season), but her biggest impact is on defense. Edwards has said it’s her favorite part of the game, and she averaged 3.6 steals last year.

Edwards is also a leader on the track team, setting school records in the 100, 200, and 400 meter races and winning the 400 meter state championship last year.

For Everett, it’s as much a proud moment for his daughter as it is for the Lynnwood program.

“It’s a sign that we do have great student athletes here in Lynnwood and it’s also a sign that we have a good strong program going,” he said. “And hopefully with them setting the stage we’ll have other kids to inspire to continue to play at that next level.”