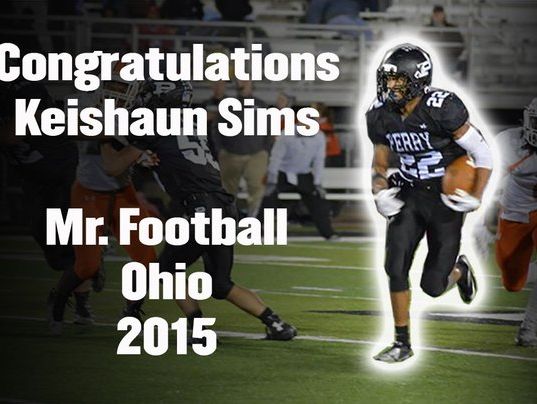 Sims, who plays offense, defense and special teams for the Panthers, has rushed for 3,108 yards and 43 touchdowns this season en route to leading Perry (12-2) to the program’s first-ever state title game appearance when the Panthers play Cincinnati La Salle in the Division II championship game on Friday night.

The 6-foot-1, 170-pound tailback/defensive back owns virtually all of the school’s single-season and career rushing records. Sims set the Stark County record for rushing yards in a season in Week 11. The senior’s rushing total this fall currently ranks sixth-best all-time in the state, according to the Ohio High School Athletic Association’s unofficial records.

Sims is Stark County’s second player to win the award.