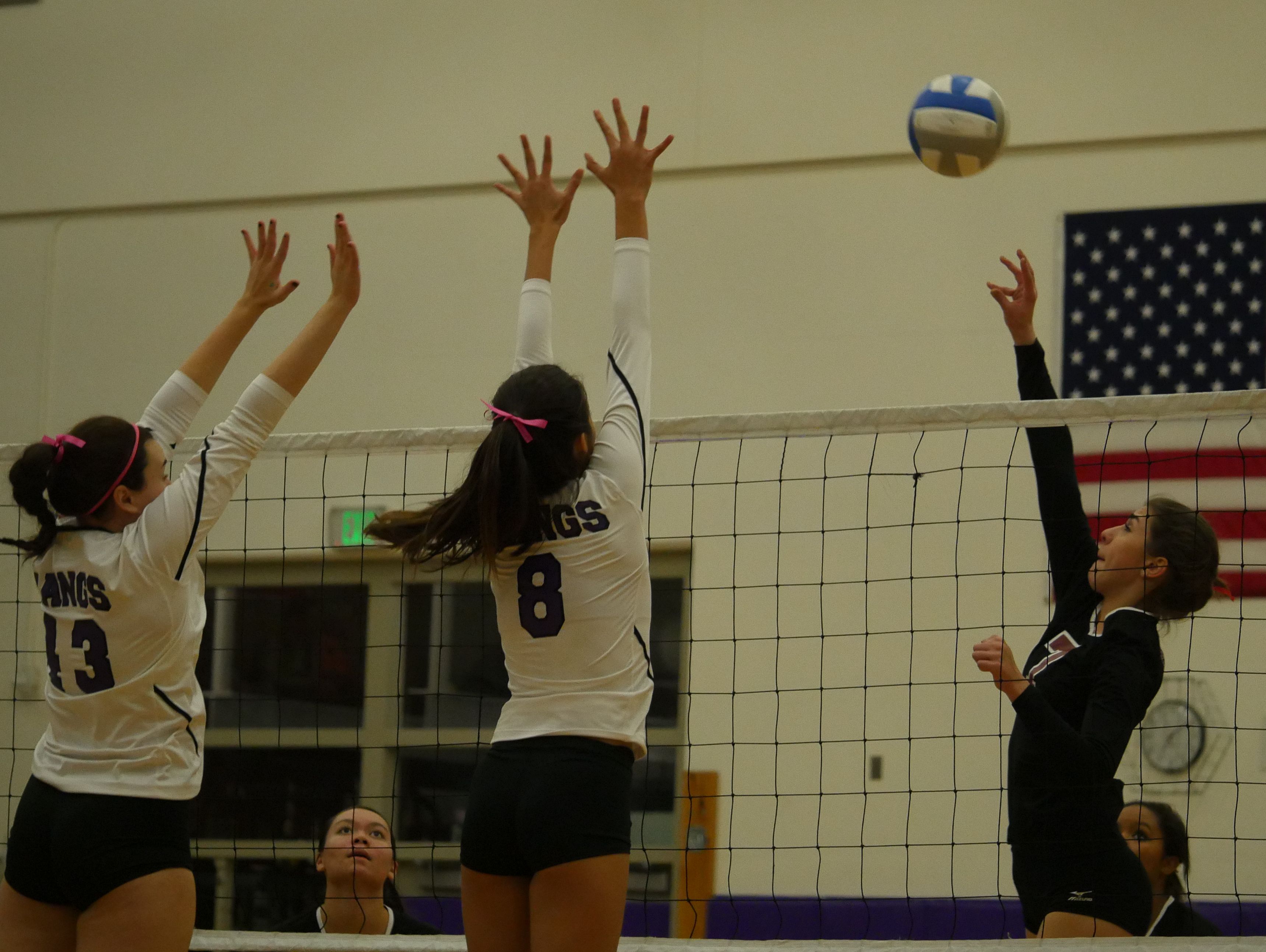 The Islanders (11-1 overall, 8-1 league) came into the match rattled after their first season loss to Bellevue Tuesday, and it showed. Lake Washington (8-3, 8-2) came out strong, winning the first set 25-15.

Mercer Island’s starting setter Natalie Robinson sat out with an ankle sprain, and the Islanders were playing with new rotations for the second time after the Bellevue game. Different chemistry, along with some uncertainty, put Mercer Island defensively out-of-sync and shy at the net.

“We definitely just couldn’t get into a groove,” said Mercer Island outside hitter Jemma Yeadon. “We just let them run the game. They definitely wanted that one more, and we didn’t come up ready.”

“We realized this game would decide KingCo, so everyone just had to refuse to not do less than their best,” Yeadon said.

That self-confidence along with some key adjustments kept Mercer Island ahead. The Islanders starting setting the ball more to Yeadon, were more aggressive on serves, and adjusted its right side blocking.

“They have a great offense,” said Lake Washington head coach Stephanie Kuhn. “It put us for a scramble, and it was tough coming back when they have such a strong offense.”

“Tess, her serve receive was spot-on tonight,” McKay said. “She’s such a steady, even-keeled player, which is exactly what you need for libero.”