— Though a 5-5 season in the supremely difficult Greater Catholic League-South denied the Moeller High School football team the playoffs, one of the Crusaders will play in the postseason.

Senior 6-foot-5 240-pound tight Jake Hausmann, an Ohio State commit, was added to the participants in the U.S. Army All-American Bowl and recognized on a selection tour stop Tuesday at Moeller. 90 players and 125 marching band members nationwide are invited based on ability and the aptitude to adapt to challenging situations, similar to Army soldiers.

The game will take place Jan. 9 at San Antonio’s Alamodome and will be televised live on NBC at 1 p.m. EST.

“It’s a huge honor to be able to represent Moeller and the U.S. Army,” Hausmann said.

A three-year starter for coach John Rodenberg, Hausmann hauled in 50 passes for the Crusaders this season for 718 yards and 11 touchdowns. Included in those totals are an 11-catch game against Don Bosco Prep (New Jersey) and a 13-catch game against the Canada Prep Academy where Hausmann found the end zone three times.

Hausmann also had 39 receptions in 2014 when Moeller reached the Division I semifinals and 22 as a sophomore when the Crusaders won the state championship over Mentor.

After his trip to San Antonio, Hausmann’s next stop will be Columbus where he’ll join fellow Crusader Sam Hubbard with the Ohio State Buckeyes. Urban Meyer recruited Hausmann along with assistants Kerry Coombs and Tim Hinton.  All are familiar with the Cincinnati area with Meyer attending UC and Coombs and Hinton serving as Bearcat assistant coaches under Brian Kelly.

“Hopefully they can make the playoffs,” Hausmann said of his future team.  “We’ll have to see how the games turn out.”

Hausmann is proud of starting three seasons and counts winning at The Pit against Elder and a comeback victory against Cleveland St. Ignatius among this year’s highlights.

He doesn’t have a number set aside with the Buckeyes and doesn’t care what they give him.

“I just want to get on the field and earn my stripes,” Hausmann said.

Hausmann is the son of Vicki and Pete Hausmann and the brother of Kirsten, a junior volleyball player at Ursuline. 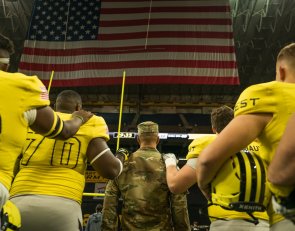 Five things we learned at the U.S. Army All-American Bowl 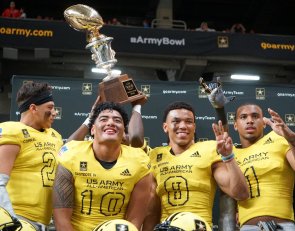 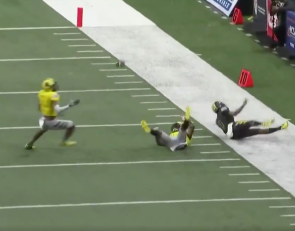