MOUNT VERNON – The pictures that hang on the wall near the main office at Mount Vernon High School speak of possibility.

They make up a miniature Hall of Fame, celebrating former students who later excelled in different professions.

There’s Art Carney, the actor who played Ed Norton on The Honeymooners.

Dick Clarke, the television icon and entrepreneur, who rang in the New Year for multiple generations of Americans.

Row after row of photos but with room for more.

On a recent day, a framed Con Edison Award certificate lay just feet away on the office counter. And one day, its owner, Rai Benjamin, may make the leap onto the wall across the hall.

Benjamin, The Journal News Westchester/Putnam boys outdoor track athlete of the year, had a Hall of Fame career on the high school level.

His resume includes state indoor records at 200 and 300 meters and a national indoor 400 title.

Benjamin ran the seventh fastest 400 hurdles high school time in U.S. history outdoors last month, setting a new state record of 49.97. He also owns the Section 1 record in the outdoor 200 and 400 and was also the top area 100-meter runner.

Benjamin, the Gatorade State Boys Track & Field Athlete of the Year for New York, did this while maintaining a B average despite missing school for races in the Bahamas, Antigua, Saint Kitts, Oregon and North Carolina.

“I can’t even tell you how long I’ve been in school each week,” he said. “I had understanding teachers, willing to give me work on the road.”

The Bronx-born Benjamin, whose parents are from Antigua and who spent many of his pre-high school days in school there, ran his blistering 49.97 hurdles at June’s New Balance Nationals in North Carolina.

Benjamin has lived in Mount Vernon with his mother, Jeanette Mason, throughout high school. But his mother, a Head Start program director, is moving to Texas. He will move west to UCLA to run on full scholarship.

Of his mother, he said, “I think she’s proud of everything I’ve accomplished and that I’ve stuck with it and made the best of the situation. …She says I motivate her but I feel she’s doing more of the motivating. During the season, I had ups and downs and she helped me through.”

A main down was the now-ceased, sometimes “unbearable” back pain through which he ran most of the spring. He attributes that to growing an inch to 6-foot-4.

Because he’s only 160 pounds, UCLA will try to add muscle to his frame. His goal is to help the school win championships and to improve his personal times. He’ll largely rest until leaving for UCLA August 1.

“My summer agenda is strictly nothing,” Benjamin said. “I’ll probably go to the gym a little but I’m not doing too much. I’m definitely not running. I had a lot of high-level competition and my body needs rest. I will be a normal kid.”

His plan is to eventually run professionally, so that he can “do a little traveling and see new places,” although he said, ultimately, he’d like to settle somewhere in Westchester.

A pro career would likely get him a photo on the high school wall. But right now the kid who’s all about speed is thinking about a pro career bringing him a different kind of speed.

“I tell myself if one day I have a Lamborghini I will know I have made it. Money isn’t the drive,” he said. “It’s just being happy, being comfortable.”

The rest of the Westchester/Putnam boys first-team all-stars 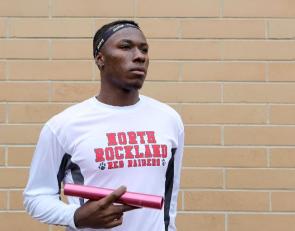 Brooks has filled his brother's shoes and then some 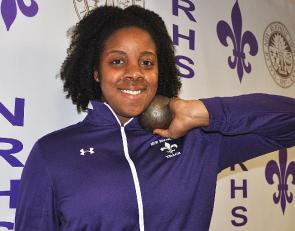 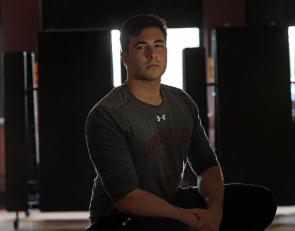