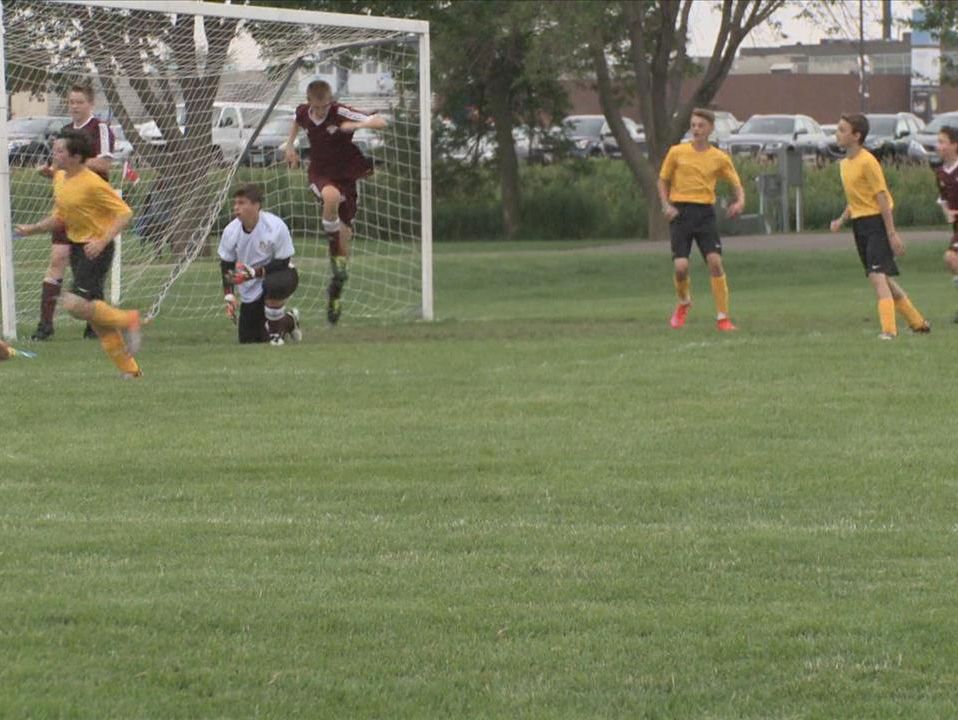 About 16,000 players are competing in the 31st annual Schwan’s USA Cup.

Dr. Jamie Peters has been a part of the cup’s medical team for 15 years and is a sports medicine specialist for Allina Sports Medicine at Abbott Northwestern.

So far this week, Dr. Peters has seen several people diagnosed with concussion.

“So we’re catching them and that’s a good thing,” he said.

According to Dr. Peters, this year all head injuries, even minor, must be checked at the medical facility versus a sideline assessment.

“Sometimes on the sideline, you have good assessments. Sometimes there are so many different distractions that you really don’t have an adequate assessment which is why we’ve implemented the rule to go ahead and have the evaluation in the medical facility,” Dr. Peters said.

Earlier this week, a new study raised the question once again whether or not to ban headers–a move where players direct the ball with their head.

Headers made up nearly a third of concussions for boys and more than a quarter for girls.

But athlete-to-athlete contact remained the dominant cause of concussions.

Dr. Peters does not think headers should be banned.

Instead, he recommends proper training to help players protect themselves.

“Going up for a header with arms up, rather than arms down… that’s very important in terms of prevention and then proper heading technique when you’re actually heading the ball,” he said.

Julia Haben, 13, of the North Metro Comets sustained a concussion at an early age while swinging.

Then, two years ago at the Schwan’s USA Cup, she suffered a mild concussion while playing soccer.

“It made me be more conscious of how I play,” Haben said.

Signs of a concussion include dizziness, fogginess and a headache.

https://usatodayhss.com/2015/new-report-on-soccer-concussions
New report on 'soccer concussions'
I found this story on USA TODAY High School Sports and wanted to share it with you: %link% For more high school stories, stats and videos, visit http://usatodayhss.com.