Males who participate in amateur contact sports, such as high school football, are more susceptible to developing the degenerative brain disorder chronic traumatic encephalopathy (CTE), according to a new student done by the Mayo Clinic in Minnesota.

The findings, published in the December issue of Acta Neuropathological, show that 32 percent of the males who had participated in contact sports growing up showed signs of CTE as chronicled by the Post-Bulletin in Rochester, Minn. Because CTE can only be identified after a person has died, the study was based on brains posthumously donated for research. Among the contact sports listed were “football, boxing, wrestling, rugby, basketball, baseball.”

The study is the first to look for CTE in non-professional athlete using diagnostic criteria from the National Institute of Neurological Disorders and Stroke, according to Dr. Dennis Dickson, the study’s author and a Mayo Clinic neuropathologist.

“(This) work is groundbreaking,” Dickson said in a news release. “The frequency with which (we) found CTE pathology in former athletes exposed to contact sports was surprising.”

Said Kevin Bieniek, who led the research team: “The purpose of our study is not to discourage children and adults from participating in sports, because we believe the mental and physical health benefits are great. It is vital that people use caution when it comes to protecting the head. Through CTE awareness, greater emphasis will be placed on making contact sports safer, with better protective equipment and fewer head-to-head contacts.” 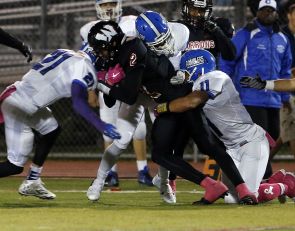 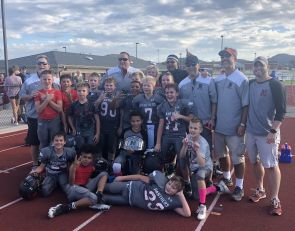 Column: Why we let our 11-year-old play tackle football this fall

https://usatodayhss.com/2015/new-study-mayo-clinic-cte-brain-youth-sports
New study finds evidence of brain injury in men who participated in contact sports as youths
I found this story on USA TODAY High School Sports and wanted to share it with you: %link% For more high school stories, stats and videos, visit http://usatodayhss.com.