Nike Zoom Soldier 8 Flyease: How a 16-year-old inspired Nike to create a shoe for the physically disabled

Nike Zoom Soldier 8 Flyease: How a 16-year-old inspired Nike to create a shoe for the physically disabled

In some ways Florida teenager Matthew Walzer is a lot like any other 19-year-old. He’s obsessed with sports, particularly basketball, and is particularly fond of basketball shoes. That’s where the similarities end, because while he may be particularly fond of them, Walzer isn’t able to put shoes on himself; he was born with cerebral palsy, and as the disease has advanced he has had to enlist the help of relatives and others to complete relatively every day tasks like putting on shoes.

That’s what inspired Walzer, now a college sophomore but then a 16-year-old high school junior at Stoneman Douglas in Parkland, Fla., to reach out to Nike with a simple question: “Can you help?”

Eventually, Walzer’s letter — which was proliferated across social media in 2012 — ended up in the hands of Nike CEO Mark Parker, who put one of the company’s top sneaker designers on the case. Tobie Hatfield is officially Nike’s senior director of athlete innovation, but he’s also the man that has helped drive a number of the company’s significant advancements in sneaker and apparel technology.

“We do such a great job helping athletes perform better, run faster, jump higher and all that kind of stuff,” Hatfield said in a promotional video released by Nike on Tuesday. “What about performing better just in the sense of quality of life? When we say if you have a body you’re an athlete, that means everybody.

“Matthew understood why we do what we do, but he was just asking for help. I think this is what we’re supposed to do.”

For Nike to stay true to their own corporate credo, they had to find a solution to Walzer’s dilemma, which also happened to afflict Jeff Johnson, the very first Nike employee who suffered a stroke in 2004 and lost control of the right side of his body. Johnson asked Hatfield to work on a shoe that he might be able to use as well, and Hatfield saw the chance to serve both causes while working with an active participant for ready-made feedback as a unique opportunity.

That’s where Walzer’s work really started. Across nearly three years, the teen provided rapid design feedback related to each new concept that Hatfield proposed. Eventually, with Walzer’s explicit help, Hatfield landed upon the design of the new Zoom Solider 8 Flyease, an easy entry and exit sneaker designed in the model of a more classic LeBron James basketball shoe, which allows the wearer to slip on, open and close the shoe with a single hand thanks to an elongated, wraparound zipper system.

“We’ve been working with  Matthew since September 2012,” Hatfield said. “He’s right up there with some of the best. I can’t say it’s really any different than what I’ve done with a Tiger Woods or a Maria Sharapova or a Michael Johnson apart from the fact that we’re thousands of miles apart. I’m still getting the same kind of information (from Walzer). It’s been a great back-and-forth, but what I knew is that I was going to need to see him in the shoes.”

That led to Walzer’s trip to Nike headquarters in Beaverton, Ore., where he was greeted by Hatfield and presented the first pair of the Zoom Solider 8 Flyease shoes, in the colorway of LeBron James’ Cleveland Cavaliers, which he promptly donned just in time to meet James himself.

“I think it’s an unbelievable story,” James said. “I’m honored that my shoe can be part of the process. The inspiration he gave us will last for a lifetime.”

It’s the collaboration between Nike and Walzer that made the Flyease such an important product for all people who are disabled, according to Rachel Jordan, the Project Director of the Cerebral Palsy International Research Foundation.

“The biggest thing that we noticed with these shoes was the collaborative nature Nike used in its research and development,” Jordan told USA TODAY. “They needed to meet the needs of this one young man, but they were determined to get it to the mass market and spent three years developing it and getting it right. For people with disabilities, that’s the best thing. What you can wear and what you can do should be no different, and we want to reduce the gap, both between what’s accessible and also what looks and feels normal.”

As great Walzer’s visit to Nike was, it still wasn’t as special as the first time he received a pair of custom shoes from Hatfield and Nike that he could slip on himself.

“I’ll never forget that night,” Walzer said. “Taking them out of the box and putting them on. I just felt this wave of independence that I never got to experience before.”

Hatfield is right. That is what a responsible company is supposed to do. The sneaker that was born from the efforts, the Zoom Solider 8 Flyease, will be released to the public on Thursday, July 16. Now Walzer certainly isn’t the only one excited. Jordan, who is also a physical therapist, said she planned to purchase a pair as son as they were made available, and hopes that it’s just the first of many products from Nike and other industry leaders that will help make fashion more accessible to the disabled.

“We’re at that stage where this type of innovation is definitely what we need in the marketplace, particularly with every day needs like putting on shoes,” Jordan said. “As a foundation, we’re very excited about it. There are major players in the industry who are taking a look at people with disabilities and their needs. … It’s easier said than done because of the design elements that are involved, but if people thought about it more from the outset that would save a lot of important health-related research money. We’re very willing to work with leaders in these fields to make sure the product does meet the needs of people with cerebral palsy.” 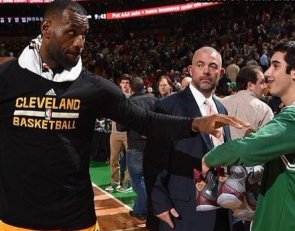 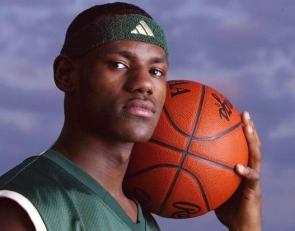 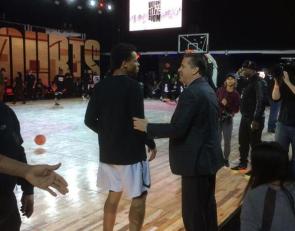 https://usatodayhss.com/2015/nike-zoom-soldier-flyease-how-a-16-year-old-inspired-nike-to-create-a-shoe-for-the-physically-disabled
Nike Zoom Soldier 8 Flyease: How a 16-year-old inspired Nike to create a shoe for the physically disabled
I found this story on USA TODAY High School Sports and wanted to share it with you: %link% For more high school stories, stats and videos, visit http://usatodayhss.com.