No. 20 Chandler WR N'Keal Harry has island pride and a strong grandmother to keep him in line

No. 20 Chandler WR N'Keal Harry has island pride and a strong grandmother to keep him in line

N’Keal Harry, a gifted athlete at 6-foot-4, 220 pounds, wins most one-on-one battles. Whether it is in football or basketball, he usually gets the last word.

But there is one person he faces every day whom he can’t beat. Ever.

It’s his grandma, Felna Harry, a proud woman who works graveyard shifts as a caretaker for Hospice of the Valley, who lays down the rules, who won’t let the Chandler High senior wide receiver get away with anything.

RELATED: No. 20 Chandler wants to take national spotlight from No. 3 Bishop Gorman

“She always tells me when I leave the house, I’m not just representing myself,” Harry said. “I’m representing her, the family, and coming over, I have basically a whole island, a whole country on my back. I have to make sure I’m getting stuff done, taking the right steps to be successful.”

Harry has had his grandmother raising him since he was almost 4, at which time Felna, with her daughter’s blessing, took him off of Saint Vincent, a volcanic, rain-forested island 18 miles long and 11 miles wide in the Caribbean Sea, and moved him to Scottsdale.

A couple of years later, they moved to Chandler. He open-enrolled at Tempe Marcos de Niza, but, after his sophomore year, he transferred to Chandler, where he has been a big part of the Wolves’ football resurgence, overtaking Hamilton as the state power along Arizona Avenue.

Last year, Chandler twice beat Hamilton, and Harry emerged as the big-play threat, extending his body for incredible catches, taking hits and still holding on,  hauling in 13 touchdown passes, averaging 22 yards on 30 catches, helping the Wolves capture the Division I title, raising his recruiting stock to five-star status, ranked 20th in the nation overall for the 2016 class by Rivals.com.

Nationally, Harry is the highest-rated Arizona football player in the 2016 class with his list of favorites narrowed to 10, including Arizona State and Arizona.

But it hasn’t always been easy for Harry.

Every time he hits one of life’s speed bumps, he has had his grandma to deal with.

Worse than missing the game, Harry had to deal with his grandma at home.

“We do it the good old-fashion way,” Felna said. “We do a lot of talking. We don’t get to whoop him like we do back home. It’s not permissible here. But he’s pretty easy to keep in line. I must say that over the years, I’ve had a lot of help from a lot of people.”

Harry said he still stays in touch with his mom via phone. She has remained on Saint Vincent. He said he hasn’t seen her in at least two years, but she follows him and she is proud of him, grateful that Felna is helping him.

There have been several male mentors in his life: T.J. Howard, his former AAU basketball coach; Terry Patton, the father of Harry’s girlfriend, Taylor, a freshman track and field athlete at the University of Arizona; and Shaun Aguano, the head football coach at Chandler.

Felna gives credit to those who have helped her with Harry’s maturation process as an athlete and young man.

“His priorities are in order,” said Howard, who has worked with former high school All-Americans in basketball, such as former Mesa High and Arizona State star Jahii Carson, during his coaching career. “He recognizes his grandma is the biggest person in his life.”

Chandler High’s N’Keal Harry poses with his grandmother, Felna, in the football locker room. Felna brought her grandson over from St. Vincent & the Grenadines for a better life. (Photo: Michael Chow, azcentral sports)

Felna had her grandson involved in everything, from soccer to swimming to baseball to Taekwondo.

“He has a ridiculous amount of trophies, from swimming to soccer to Taekwondo,” Howard said. “There is a YouTube link of him punting the ball 60 yards in a game his sophomore year.

“N’Keal is probably the best athlete I’ve ever seen.”

Basketball, at one point, was his main love. Then, football began to blow up, and now, he’s got his ticket paved with so many offers he had to narrow it down to a manageable number.

But it’s not just sports that have kept him grounded. He goes to church on Sundays with his girlfriend and her family.

“The boy walked down the aisle and joined the church,” Terry Patton said. “That’s another amazing part of his journey.”

But it begins with Felna, who came out of retirement to raise Harry.

“She is his entire world,” Terry Patton said. “They are super close. He is extremely cognizant of females around him. I’ve watched how he handles himself around my daughter. My wife has seen it more than me. He made quite a transformation. He’s in good places.”

Harry fell behind in his schoolwork during his high school career, before making sure, with his grandma’s help, that he got back in front of it this summer.

He took summer school. He got his grade-point average up so that the scholarship offers didn’t suddenly go away.

“I got my rules,” Felna said. “It’s a teenage thing from time to time. They think they can talk their way out of it. But I keep him in line.

“I’m always on him with his schoolwork. I have the full support of the teachers at the school. They are on him. I’ll get a message like, ‘He missed a math assignment.’ They’re on him all the time. I couldn’t do it without them.”

Harry knows his roots, that not a lot of kids from the island can get this kind of opportunity in sports.

“Most of them, just because kids from back home hear about other kids being out here, it’s kind of a big thing,” Harry said. “Kids back home would kill to get the  opportunity I have.”

Felna said it is hard for kids to get off the island, with lots of hoops to go through and American connections needed.

Felna said more important than watching her grandson catch touchdown passes is how he carries himself on the field, staying grounded, not showboating after scores.

“I give constructive criticism,” she said. “There are people who will pat him on the back and say, ‘Good job.’ But they are afraid to say, ‘But you didn’t do this right.’ Oh, no, I let him have it.”

Three days before last week’s season opener against Phoenix Pinnacle, a 56-10 victory in which Harry had one of his long TD catches, battling off a defender, breaking a tackle and running free into the end zone, Harry tweeted this out:

“My top priorities are staying humble and taking care of grandma”

It’s been a dynamic duo, and there appears to be no stopping Harry in his quest to be the best, on and off the field.

“Of course, it’s hard, some of the stuff I don’t want to hear, but stuff that I need to hear that helps me mature, helps me grow up into the man I know she wants me to be and man I want to be,” he said. “I don’t get flashy on the field. I see it sometimes from other people, and wonder, ‘Why?’ If I did that, I know I still have to come home.” 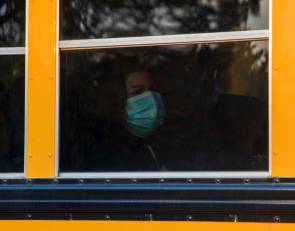 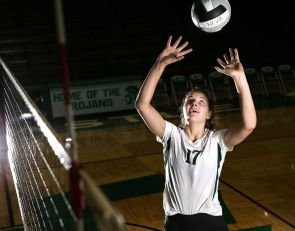 https://usatodayhss.com/2015/no-20-chandler-wr-nkeal-harry-has-island-pride-and-a-strong-grandmother-to-keep-him-in-line
No. 20 Chandler WR N'Keal Harry has island pride and a strong grandmother to keep him in line
I found this story on USA TODAY High School Sports and wanted to share it with you: %link% For more high school stories, stats and videos, visit http://usatodayhss.com.