After an exhilarating, come-from-behind victory against Brusly in the second round, North Vermilion has one more hurdle to climb before reaching the state tournament: No. 2 seeded John Curtis.

North Vermilion hosts John Curtis after traveling to Brusly in its last game, and the game represents the first time North Vermilion has hosted a playoff game since the 2000 season.

“We’re definitely going to be at standing room only,” Trahan said. “This game is huge for our community and I think our fans are going to show up and be loud.”

Curtis features a high-powered lineup, but Trahan said his veteran-laden team wouldn’t back down from the challenge.

“At this point all the teams left are tough.”

Trahan said his team would have to return to its roots of quality pitching and solid defense to limit Curtis’ offense.

After committing five errors in the win against Brusly, North Vermilion’s confidence was shaken but Trahan thinks his team can rebound.

“We were worried a little bit by the errors the other night,” Trahan said. “But that’s not who we are as a team, so I think we should get back to normal here on Sunday.”

Trahan said staff ace, and University of Louisiana signee, Donald Comeaux would be ready to go on the mound, with top reliever Ryan Meaux ready to go behind him if needed.

Comeaux pitched 60 innings this season, only giving up 27 runs and four earned runs with 56 strikeouts and 10 wins.

And North Vermilion has a potent lineup of its own with eight of its nine starters hitting over .300 this season.

“Everyone is going to look at their numbers and they are obviously very good,” Trahan said. “But we have some good numbers too and I think we can compete all the way down our batting order.

“It’s not very often where a team’s No. 8 hitter goes 4-for-5 in a playoff game like Ryan Meaux did.”

Meaux picked up three RBI’s, including a go-ahead RBI-double in the top of the eighth, in North Vermilion’s win against Brusly.

With a motivated senior class not ready for their season to end, Trahan said his team was ready to compete in front of their home fans to make it to Sulphur for the semifinals.

“We haven’t been to the semifinals since they moved the state tournament to Sulphur, so we’re motivated to get the win,” Trahan said. “And what’s a better gift on Mother’s Day than getting to semifinals.” 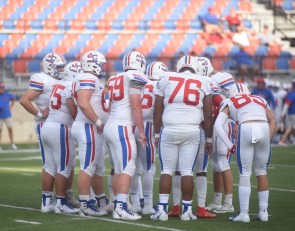 What We Learned: No. 11 John Curtis trips up in loss to Archbishop Rummel 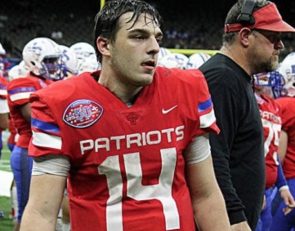 What We Learned: No. 18 John Curtis (La.) edges past Edna Karr

https://usatodayhss.com/2015/north-vermilion-ready-for-john-curtis-in-quarterfinals
North Vermilion ready for John Curtis in quarterfinals
I found this story on USA TODAY High School Sports and wanted to share it with you: %link% For more high school stories, stats and videos, visit http://usatodayhss.com.