It was a big weekend for Cardale Jones.

The quarterback of the reining national champions, Jones won the starting job for Game 1 of the 2015 season at Virginia Tech on Monday night, edging out sophomore teammate and friend J.T. Barrett. Yet Jones’ big weekend really got going two days earlier, when he took in the biggest high school game in Northeast Ohio between his alma mater, the Glenville Tarblooders, and state power Lakewood St. Edward.

In fact, Jones didn’t just attend the game as a spectator, he also offered up a pre-game motivational speech, perhaps inspired by his own memories of playing against St. Edward, including his final high school contest when Glenville fell to St. Edward in a state quarterfinal.

You can see Jones speech in its entirety above. Unfortunately for the Buckeyes signal caller, his words alone couldn’t get Glenville over the hump, with St. Edward cruising to a 52-20 victory, as covered by the Cleveland Plain Dealer. 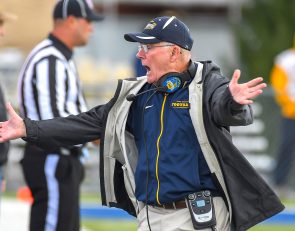 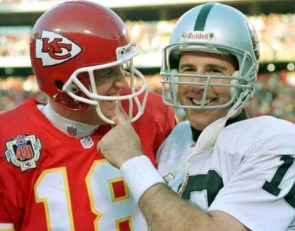 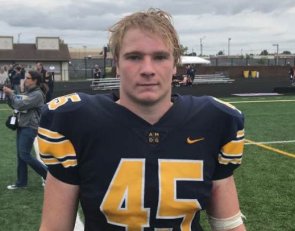 https://usatodayhss.com/2015/ohio-state-qb-cardale-jones-gave-a-pep-talk-to-his-cleveland-alma-mater
Ohio State QB Cardale Jones gave a pep talk to his Cleveland alma mater
I found this story on USA TODAY High School Sports and wanted to share it with you: %link% For more high school stories, stats and videos, visit http://usatodayhss.com.