Stephen Decatur’s Jian Joobeen pins North Caroline’s Jacob Schultz in the last second of the third period of the 285-pound class matchup in Berlin on Wednesday.

Stephen Decatur’s Robert Kaminski (behind) goes for a pin against North Caroline’s Ryan Bauer in the 106 weight class on Wednesday in Berlin.

Stephen Decatur’s Robert Kaminski (behind) goes for a pin against North Caroline’s Ryan Bauer in the 106 weight class on Wednesday in Berlin.

The Seahawks had to grapple with defending Bayside Champion North Caroline.

But with each pin, the Seahawks’ confidence grew, totaling seven in all in the 48-21 win against the Bulldogs on Wednesday in Berlin.

“The team looked great,” head coach Todd Martinek said. “I thought we looked a little out of shape in some spots, but we had a couple third-period pins in big matches.”

With Decatur up 9-7 early, the Seahawks and Bulldogs shared pins as Adam McInerney won the 145 class, but the Bulldogs responded with a win at 152 by Tyler Bauer.

Then the Seahawks went on a little bit of a hot streak, collecting pins in the 160 class by Brett Kim and 182 class by Caleb Bourne, along with a major decision by Tyler VanSice in the 170-pound weight class, putting Decatur up 31-12.

But the Bulldogs fought back with a pin in the 195 class and a decision at 220.

When it came down to it though, Martinek said the swing matches went Decatur’s way, none being bigger than the 285 class pin by Jian Joobeen on Jacob Schultz with 1 second left in period three.

“That was big,” Martinek said. “That kid had Jian Joobeen in trouble sometimes. Jian got out of trouble and had him on his back. That kids got him by 35 pounds and Jian fought and stayed in the match and made the kid pay there at the end.”

From there, Decatur cruised with two more pins in the 106 and 113 classes.

Martinek was also impressed with Robert Kaminski, who pinned Ryan Bauer. The two are ranked as the No. 6 and 7 wrestlers in the 106 class.

Kaminski was happy to get the pin even though the score favored Decatur. Overall, it was a very solid win to start the season for the Seahawks.

“It was going to be a tough match no matter what from the beginning,” he said. “We had a great start, nice wins that got us motivated. We just got to keep the wins going.” 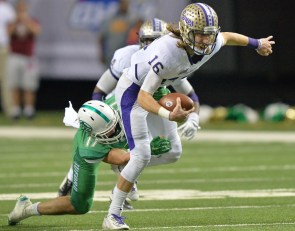 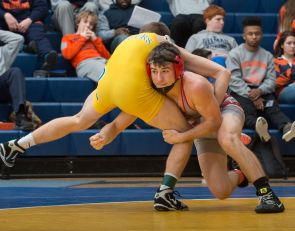 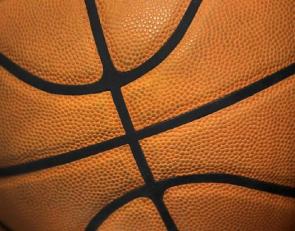