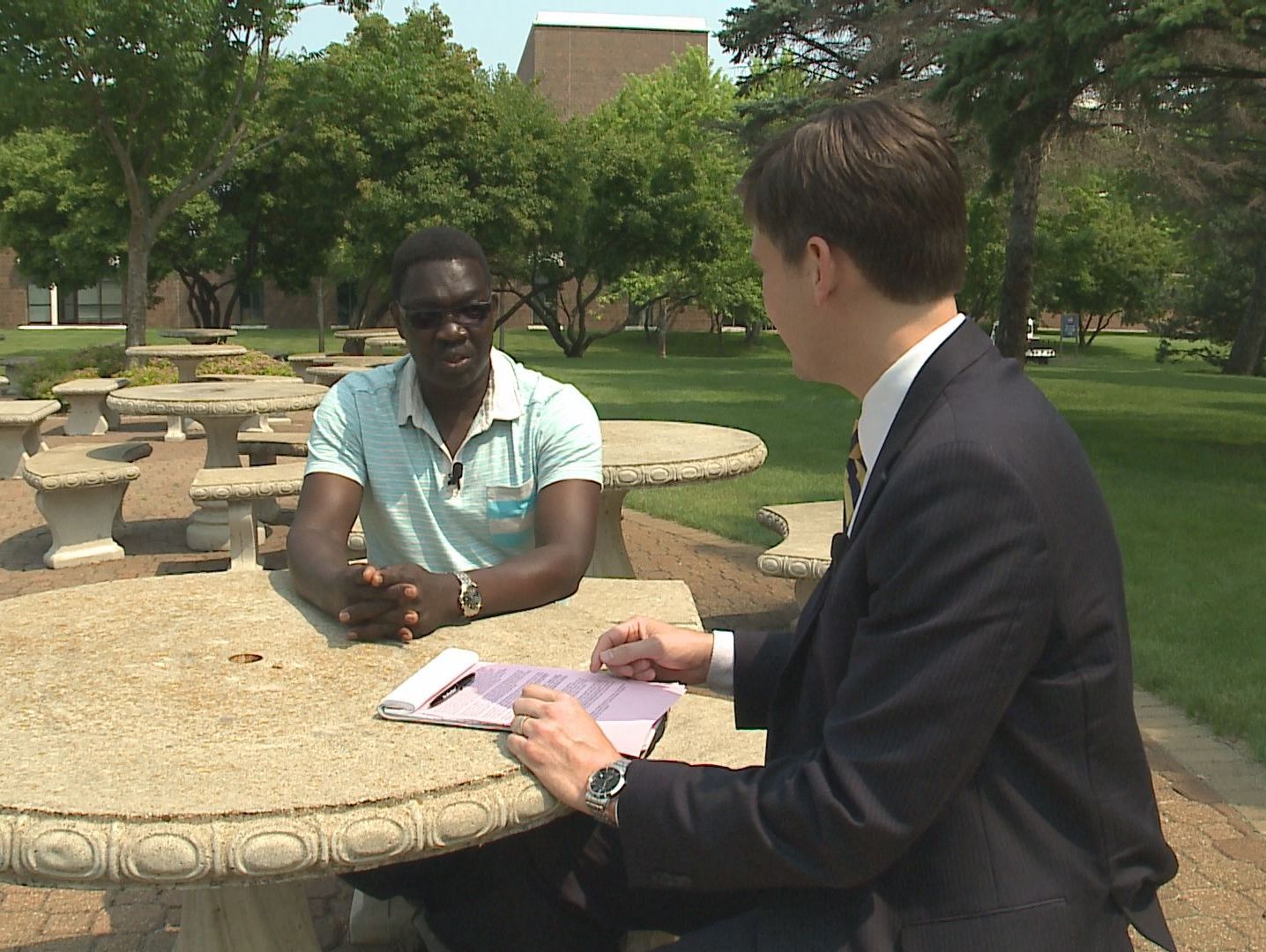 Former St. Cloud coach Orionzi would like to clear his name.

ST. CLOUD, Minn. – His players were accused of swearing on the field and taunting other teams.

But a now former high school soccer coach in St. Cloud says nothing could be further from the truth. And he wants to clear his name.

The District 742 board voted unanimously not to renew the contract of St. Cloud Apollo coach Ganard Orionzi after he refused to sign a corrective action plan containing allegations he says are untrue.

The majority of the players were Somali immigrants. And they were led by Manuel Campos, an assistant coach born in Portugal, and Ganard Orionzi, a head coach born in Uganda.

The school district doesn’t want those coaches back next year, accusing Orionzi of insubordination and fostering a culture of poor sportsmanship.

“It was a shock,” Orionzi said.

In February, the school district gave Orionzi a list of complaints and asked him to promise none of those things would happen again. But he wouldn’t sign it. Because he said none of those accusations are true.

One complaint claims a player tried changing jerseys after getting ejected from the game — to try to trick the ref.

Another stems from Orionzi’s speech at the state luncheon, where the school claims he said they’d be “gunning” for other teams again next year — and that players then stood up and started pantomiming gun shots at coaches, parents, and players in the audience.

“That’s not true. Not at all,” Orionzi said.

In a seven and a half minute video of the luncheon speech provided to KARE 11 by the parent of a player, no gestures are visible. As for the “gunning” comment, Orionzi says he actually said “we are coming.” Orionzi speaks in a thick Ugandan accent.

Last year’s captain and goaltender Cooper Gray thinks complaints of vulgar language on the field are a misunderstanding.

“I know some of the players on the field, which is kind of unique, they like to speak in their native tongue on the field. Some of those words could be perceived as a swear word,” he said.

Gray graduated in May but has come to the defense of his former head coach. He believes Orionzi is responsible for turning around the program and was astounded when he found out the reasons Orionzi’s contract would not be renewed.

“The reasons that were given are not true,” Gray said. “That’s very difficult for me to wrap my head around.”

Orionzi and assistant coach Campos think race and cultural differences are very much at play.

Regarding the allegation a player changed jerseys to fool a ref and possibly re-enter a game after being ejected, Campos believes that too was race-based.

“Because he was black, I think the assumption was made that he could sneak by because (white refs) won’t be able to tell the difference,” Campos said. “I don’t think this would have happened if the player was white.”

Campos adds that the player never changed jerseys. He simply removed his wet jersey and put on his warm-up.

School district officials say every complaint was followed-up and documented, and they followed policy.

“The process that is followed doesn’t have anything to do with race,” said Tami DeLand, District 742 Director of Communications.

DeLand added that the incidents don’t stem from just the 2014 season, but rather over the last three years.

“I want the truth to come out,” he said.

Orionzi doesn’t want anything to take away from the team’s accomplishments.

“Yes they were diverse. Yes they had cultural differences. They had sometimes language barriers. But they worked through it. And they succeeded. We are not taking that record away from them,” Orionzi said.

Campos says he filed a complaint with the Office of Civil Rights. Orionzi says he has contacted the ACLU.