3. Pulaski (12-5): The Red Raiders lost 56-49 to Sheboygan North on Friday. Pulaski will aim to pull off the regular-season sweep of Green Bay Notre Dame when it hosts the Tritons on Tuesday night.

4. Bay Port (10-5): The Pirates sustained a 10-point loss at De Pere on Friday. Bay Port has been held under 50 points in all of its losses, including three against teams ranked in Division 1 of Wissports.net’s state poll.

5. West De Pere (14-3): The Phantoms have won eight of their past nine. West De Pere plays Tuesday at Denmark and at Shawano on Friday as it tries to keep pace with Seymour at the top of the Bay Conference.

6. Seymour (15-3): The Thunder has won 14 of its past 15. Seymour plays Tuesday at Marinette and at Denmark on Friday as it attempts to hold serve with West De Pere at the top of the Bay with one conference loss.

8. Algoma (13-3): The Wolves can clinch a share of a ninth straight Packerland Conference title Tuesday when it hosts N.E.W. Lutheran. Junior Baleigh Delorit is averaging 16.2 ppg.

9. G.B. Notre Dame (9-7): The Tritons beat Manitowoc 50-49 Friday to move into a tie for third place in the FRCC. Notre Dame plays Tuesday at Pulaski and Sheboygan North on Saturday.

10. Wabeno/Laona (18-0): The Rebels can clinch a share of the Northern Lakes Conference title with a win Tuesday at Goodman/Pembine and are one of 11 undefeated teams in the state.

De Pere guard Brevin Pritzl looks for an open teammate while guarded by Bay Port’s James Hanson in the first quarter of their game at Bay Port High School on Friday, Jan. 30, 2015.

1. De Pere (14-3): The Redbirds posted three wins last week, including a victory Friday at Bay Port to take over sole possession of first place in the FRCC. De Pere will win its sixth straight conference title if it can beat the five other teams from the FRCC East Division in its remaining games.

2. Seymour (14-2): The Thunder has won five straight and is alone atop the Bay Conference standings. Senior Jose Alicea (13.8 points per game) and junior Brayden Wilinski (13.2 ppg) are the team’s leading scorers.

3. Ashwaubenon (12-4): The Jaguars have won six straight. Ashwaubenon will try to avenge an early-season loss and stay in the FRCC title race Tuesday when it hosts Bay Port.

7. Shawano (13-3): The Hawks had their nine-game winning streak come to an end Jan. 27 with a loss at Seymour. Shawano will play the two teams (Luxemburg-Casco and West De Pere) ahead of it in the Bay Conference standings this week.

8. Kewaunee (11-5): The Storm extended its winning streak to 11 games with a pair of Packerland Conference victories last week, including a 67-64 win against Southern Door on Jan. 27. Logan Brusky (17.7 ppg) and Zach Baumgartner (13.2 ppg) are leading the team in scoring.

9. Southern Door (14-3): The Eagles dropped their first conference game to Kewaunee but remain in the driver’s seat in the Packerland Conference. Senior Mitchel Neubauer surpassed 1,000 career points in a victory against Algoma on Friday.

10. G.B. East (8-8): The Red Devils won 49-41 at Green Bay West on Saturday to climb back to .500 for the first time since early December. East is in fifth place in the FRCC and plays four of its final six games at home. 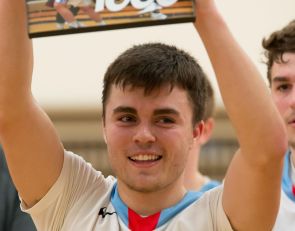 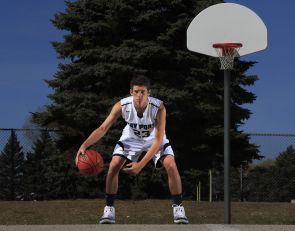 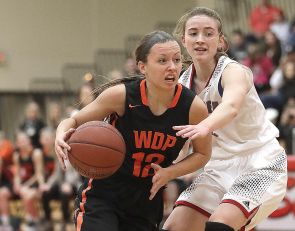 https://usatodayhss.com/2015/power-rankings-ashwaubenon-wdp-boys-move-up
Power rankings: Ashwaubenon, WDP boys move up
I found this story on USA TODAY High School Sports and wanted to share it with you: %link% For more high school stories, stats and videos, visit http://usatodayhss.com.