RecruitDiaries.com is a partner of USA TODAY High School Sports

What’s up everyone? It’s me Lamont Wade with another diary entry. A lot has happened since I last wrote a diary. For starters the football season has begun. The Clairton Bears are back playing and back to dominating opponents, but more on that later. Recruiting has also kicked up into high gear for the class of 2017. Sept. 1 was a really crazy day for me. At this point in the year I’m just so excited for the season and ecstatic that we are back to playing and winning.

Sept. 1 was the first day college coaches could contact juniors, like myself, without any penalties. I had been waiting all summer for that day, the day to finally see which schools backed up their words with their actions. Which schools would be the first to contact me? Which coaches would not contact me like they said they would? On August 31, at 11:59 P.M. I can guarantee that almost all of the football players from the class of 2017 were up and waiting to see who would be the first school to make contact.

I can’t even remember which school contacted me first but I can say that a bunch of coaches DM’ed me on Twitter right at midnight. It was crazy and the messages kept coming all throughout the day. There is not really a school I was hoping to hear from the most, but I can say I was surprised when coaches from Alabama and Notre Dame messaged me. I wasn’t really expecting to hear from them so it was really great to talk to the coaches from those amazing programs.

A huge aspect of recruiting is the edits, posters, and the artwork the coaches send out. I got so much amazing artwork but the school that just is on another level and killed it was Ohio State. Their coaches sent me the craziest stuff. You could tell whoever made it spent a lot of time and put a lot of effort into it. All things considered, Sept. 1 was a great day and I found out which schools are the most committed to recruiting me. 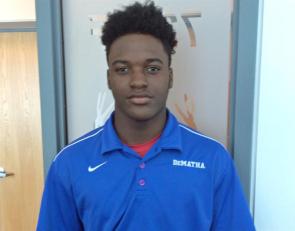 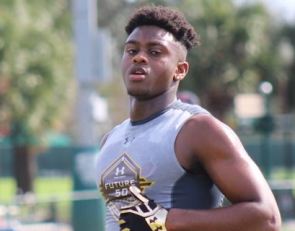 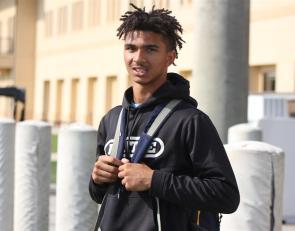 https://usatodayhss.com/2015/recruitdiaries-com-lamont-wade-details-his-craziest-day-of-recruitment-thus-far
RecruitDiaries.com: Lamont Wade details his craziest day of recruitment thus far
I found this story on USA TODAY High School Sports and wanted to share it with you: %link% For more high school stories, stats and videos, visit http://usatodayhss.com.