Rival Clemens standing between Steele and fifth berth in semifinals

Rival Clemens standing between Steele and fifth berth in semifinals 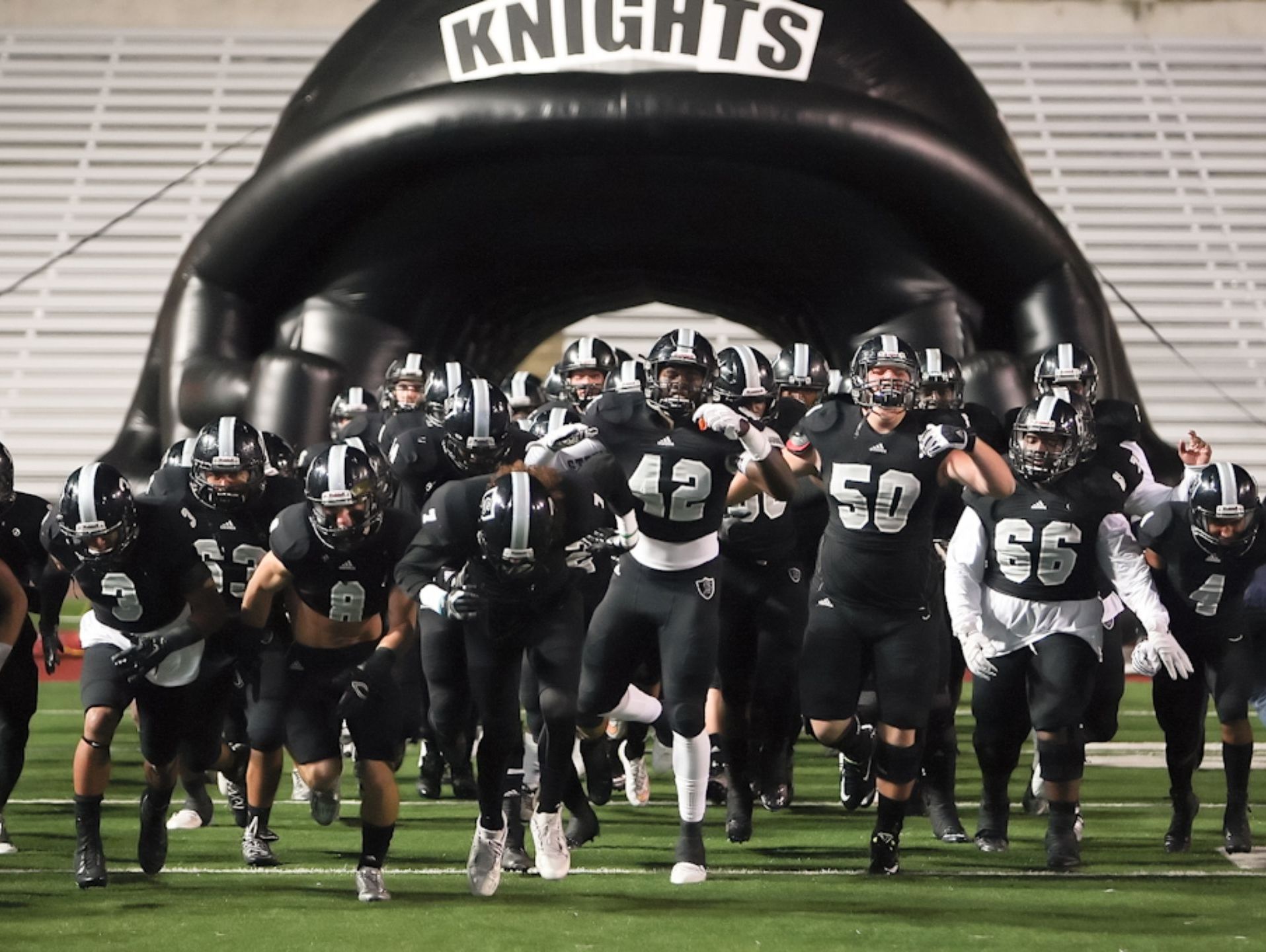 The Steele Knights, running on the field before playing Del Rio last week, have advanced to the state semifinals four times in the past five seasons.

Making its sixth consecutive appearance in the football state quarterfinals, the Steele Knights will have to beat neighborhood rival Clemens twice this season to advance to the semifinals for the fifth time since 2010.

Steele also will have to do it with a hobbled offense. Dual-threat quarterback Xavier Martin sustained an ankle injury on the Knights’ first snap against Del Rio last week that sent him to the sideline for the rest of the game. On top of that, running back Bryson Denley went out with a knee injury early in the 4th quarter.

Martin practiced for the first time Wednesday, albeit with a limp, and is likely to play, but Denley is out. If Martin can’t go, junior Cody Massey will start. Massey stepped in for him against Del Rio.

Steele (13-0) and Clemens (11-2) clash in the Class 6A Division II state quarterfinals at 4 p.m. Saturday at the Alamodome. It will be the first playoff meeting between the schools

The Knights beat the Buffaloes 31-7 in a District 25-6A game on Oct. 2, when dynamic Clemens quarterback Frank Harris missed a good part of the game with an injury. Steele leads the series 4-1, with the Buffs’ only victory coming in the Knights’ first varsity season in 2006.

“You’d probably rather play somebody you’ve beaten before than somebody that you don’t know about or you think could beat you,” Knights coach Scott Lehnhoff said. “It’s a rematch and we know each other pretty well. They’re going to have some wrinkles. We’re going to break some tendencies on both sides of the football and special teams as well.

“It’s that time of year when you evaluate everything that you do. You try to do some things differently just to get some different looks. Coaches in San Antonio are too good, and they make such good adjustments that you just can’t sit there and say, ‘I’m doing to do what I do, and what we did last time is going to work exactly like it did last time.’ You plan for both those things ahead of time. It’s a chess match.” 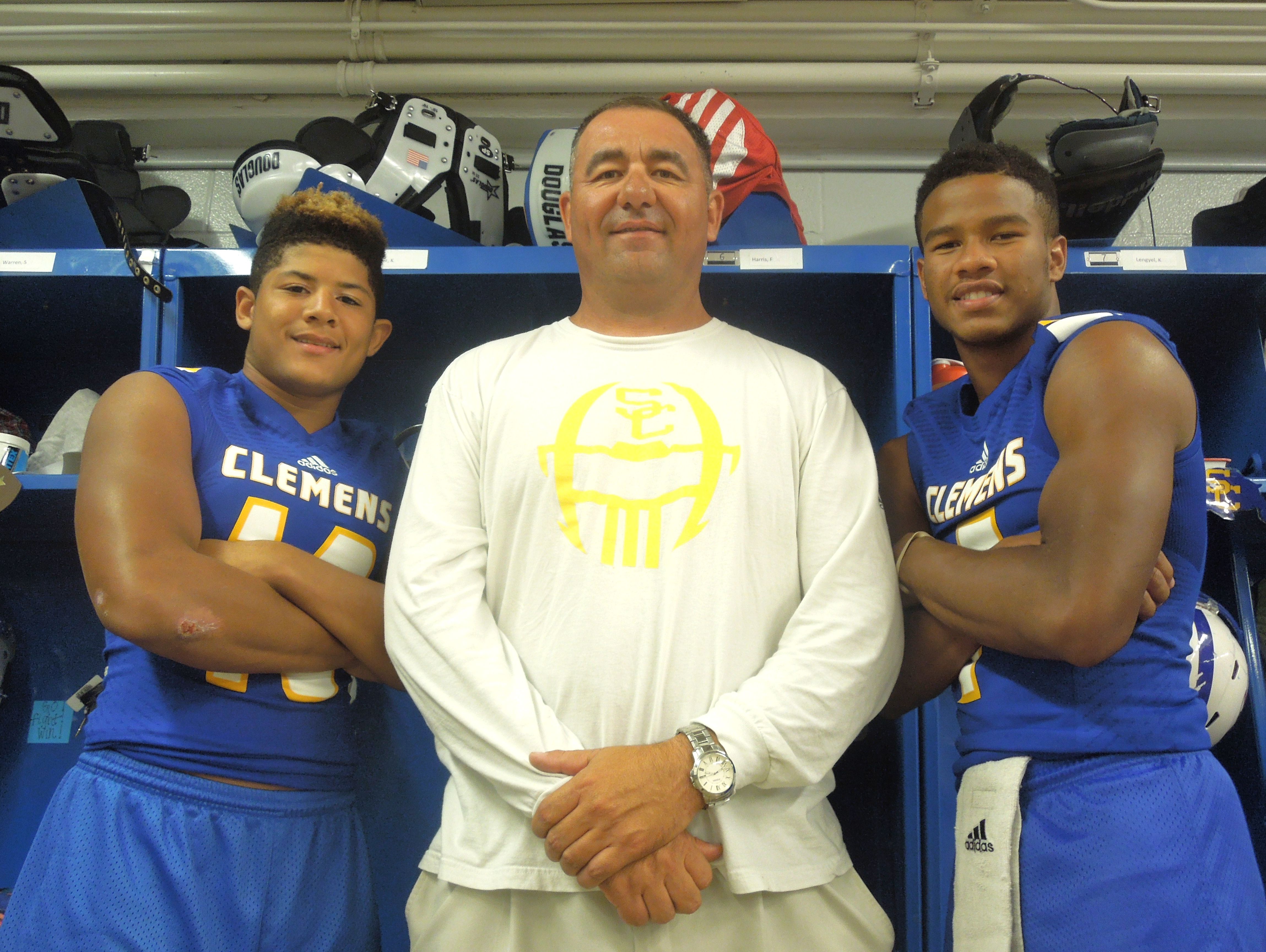 Lehnhoff will go against Jared Johnston, a former Steele assistant who is in his fourth season as head coach at Clemens. Johnston was a Knights coach from 2005 until he took over the Buffs’ program early in 2012.

“This is a great day for our school district,” Johnston said. “We have two schools in the regional finals. That doesn’t happen very often. Any time you’re in the fourth round, it’s a blessing. Having the opportunity to play Steele makes it even better. These kids grew up together. They’ve known each other for a long time and so have the coaches.

“It should be a great atmosphere Saturday. I coached at Steele and Scott graduated from Clemens [in 1999]. We pull for Steele against everybody except when they’re playing the Buffaloes.”

Johnston said the Buffs can’t afford to let up if Martin doesn’t play.

“We’re preparing for the Steele Knights,” he said. “What we do know about them is that they have great depth. I know they’re not ranked No. 3 in the state because of one kid. They’ve got a great football team and we’re looking forward to the challenge.”

Steele is in the state quarterfinals for the sixth year in a row and third time under Lehnhoff, who is 38-4 since succeeding Mike Jinks, now an assistant coach at Texas Tech, in 2013.

Clemens hasn’t been this deep in the playoffs since it reached the 4A state semifinals in 2006. Saturday’s game will be the Buffs’ first state quarterfinal game in the UIL’s largest classification since 2003, when Robert Lehnhoff, Scott’s father, was in his next-to-last season as Clemens’ head coach.

Steele and Clemens not only play in the same UIL district, they are the only two high schools in the Schertz-Cibolo-Universal City ISD, and are about 3.5 miles apart. 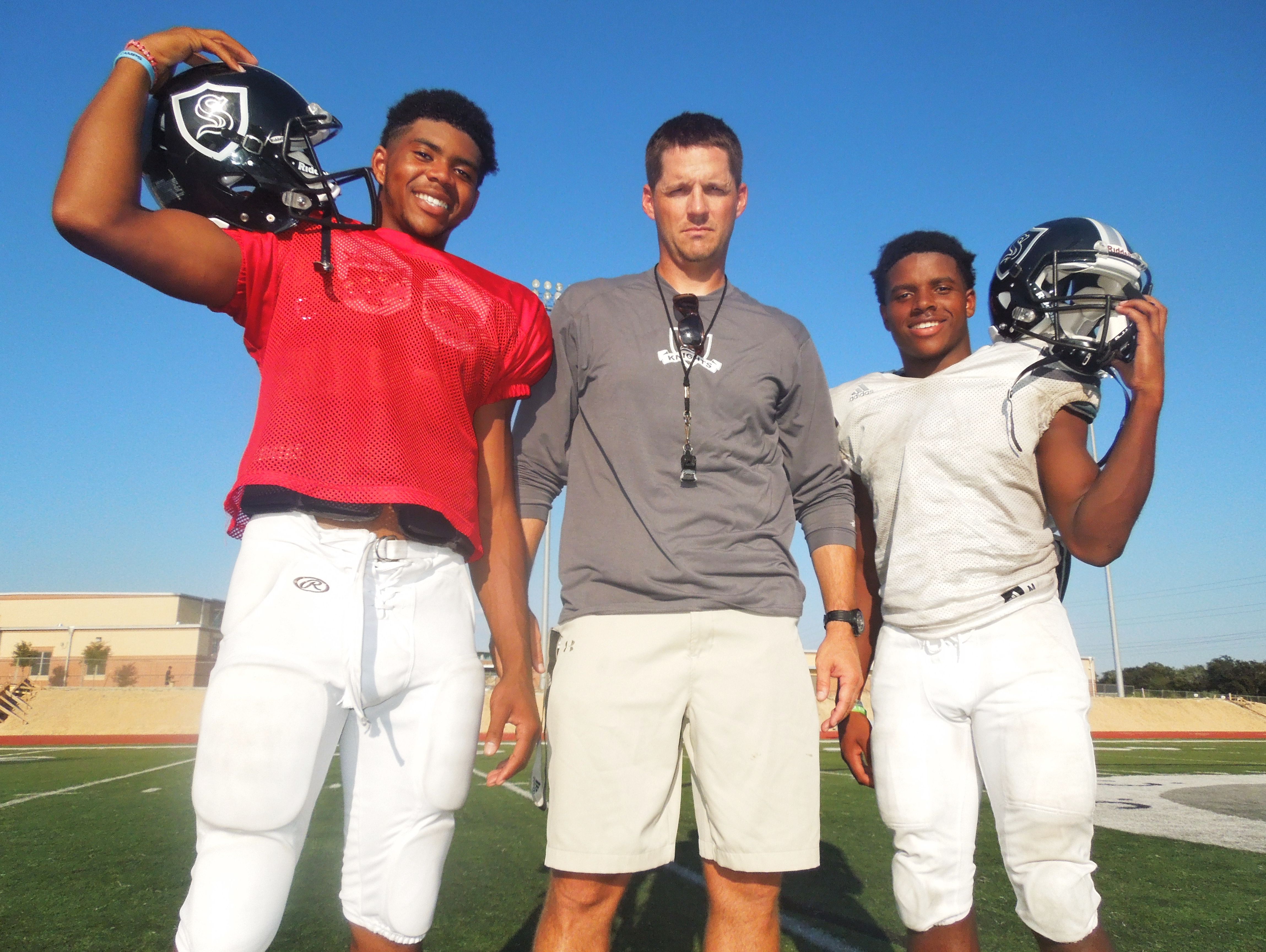 Steele coach Scott Lehnhoff, with quarterback Xavier Martin, left, and wide receiver C.J. Williams is 38-4 since taking over the Knights’ program in 2013.

The Clemens-Steele rivalry, which began in 2014 when the UIL placed the schools in the same district, is called “The Battle of 3009,” a reference to the main road (FM 3009) that divides the two schools.

With a berth in the state semifinals at stake, Saturday’s state quarterfinal transcends the rivalry, Lehnhoff said earlier in the week.

Steele faces the challenge of slowing down Harris, a junior who has amassed 4,559 yards of total offense and accounted for 53 touchdowns. He has passed for 1,947 yards and 17 TDs and rushed for 2,612 yards and and additional 36 TDs. Harris averages 11.7 yards per carry.

Lehnhoff said that Harris reminds him of former Kerrville Tivy quarterback Johnny Manziel, who played against Steele before going on to win the Heisman Trophy at Texas A&M.

With Denley sidelined, junior Travell Lumpkin will carry the rushing load for the Knights. He led Steele with 164 yards on 26 carries and scored a TD in last week’s 28-10 third-round win over Del Rio.

https://usatodayhss.com/2015/rival-clemens-standing-between-steele-and-fifth-berth-in-semifinals
Rival Clemens standing between Steele and fifth berth in semifinals
I found this story on USA TODAY High School Sports and wanted to share it with you: %link% For more high school stories, stats and videos, visit http://usatodayhss.com.