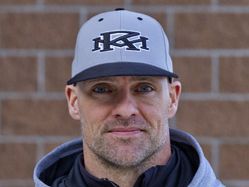 Taylor, who has been at the helm of the Grizzlies’ program since the school opened in 2008, led the team to victory at the 2012 state championship game.

The eight-time S.I.C. Coach of the Year says he plans to spend more time with his three children, who are now busy with their own sports.