Former Smyrna player Adam Smotherman, right, is presented a framed jersey with his number during half-time of the Smyrna vs. Siegel’s game at Smyrna, on Friday Sept. 25, 2015, as Smotherman’s number is retired. Former assitant coach Billy Harris, left, to Smotherman congratulates the former player.

His wife, Lindsey, and father, Fred, were by his side as the former Smyrna High and Vanderbilt football player began to think back to his days as a high school football player.

Now, 10 years after he last played on the field, Smotherman was honored by Smyrna High with the retirement of his No. 58 jersey.

“This means so much to me, growing up in this town and playing here,” Smotherman said. “It’s been said, ‘Once a Bulldog, always a Bulldog.’

“It almost brings tears. There are a lot of memories just to walk back on this field. It’s a great honor.”

Smotherman is currently in his third year as an assistant strength coach at Clemson.

He received notoriety last season during the Russell Athletic Bowl against Oklahoma when he was the personal get-back coach for Tigers defensive coordinator Brent Venables — a duty he still has. Smotherman was shown on national television repeatedly pulling Venables off the field.

“People always tell me, ‘You’re the get-back coach.’ The whole strength staff is in charge of keeping the team back,” Smotherman said. “It was fun. I started doing it during the 2013 season.”

Smotherman was a senior captain at Smyrna High and a three-year starter. He played offensive tackle, tight end and defensive end during his tenure at Smyrna. He became Smyrna’s first Mr. Football recipient in 2005.

He said the trophy remains at his mother’s home.

“It was a big honor to receive that award. I know it’s the politically correct thing to say, but I honestly believe it meant more to be on the team and playing for those coaches and being a Smyrna Bulldog.”

Smotherman went on to play defensive tackle at Vanderbilt, red-shirting his freshman year. He played for former coaches Bobby Johnson and Robbie Caldwell.

“You start flashing back to those Friday night lights,” he said. “It’s been 10 years since I played a high school football game here. This just floods me with a lot of emotions.” 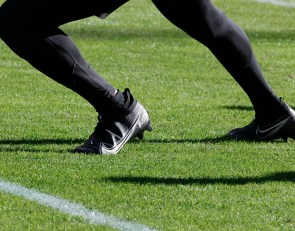