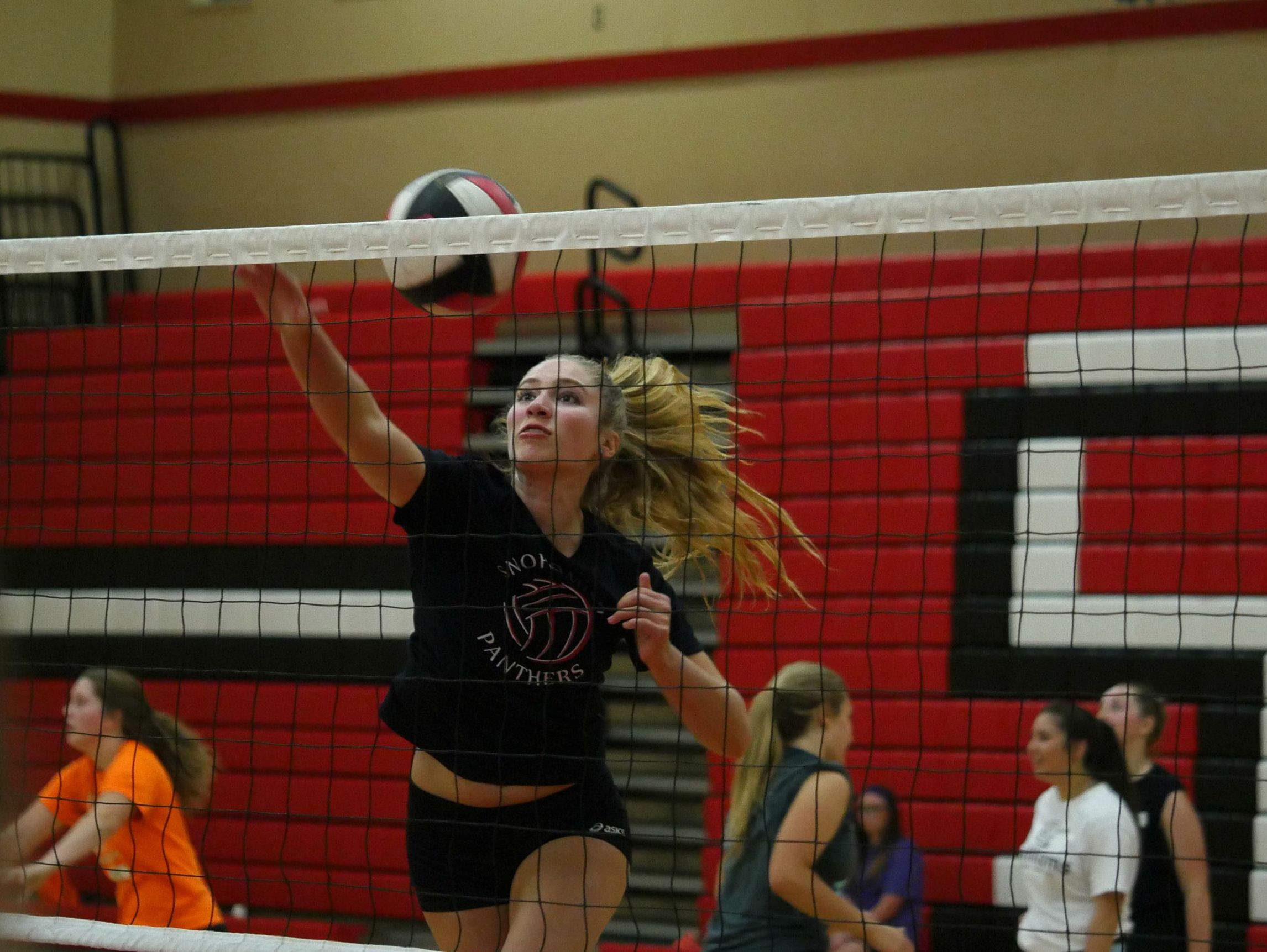 Snohomish libero Cyrene Hertzog at the net for a drill during the Panthers’ first practice.

Snohomish volleyball returns the key pieces of its offensive attack as it looks to advance further in state.

The Panthers had a disappointing 0-2 finish in the state tournament last season, but they have learned from it, and know how to approach state differently.

“We’re going to work on our team chemistry,” said outside hitter Jessica Brennis. “We’re working on keeping our energy up and not falling apart at one setback.”

Similar to last season, Snohomish will rely on powerful hitters to carry the team. Senior outside hitters Brennis and Kyla Mellick and opposite Jazzmyn Poirier will take center stage.

“We don’t just focus on giving the ball to one hitter or one person,” Mellick said. “We’re so dynamically able to hit from the back row and the right side and the left side and the middle. We’re so strong all together.”

Mellick averaged 3.5 kills per set and accumulated a whopping 277 kills over the season, along with 87 aces. Brennis wasn’t far behind with 233 kills.

The only problem, Snohomish said, is sometimes the squad has too much power and energy. Controlling serves to hit on the mark was a downfall in several matches last season, but is something the team said they are working to improve this season. 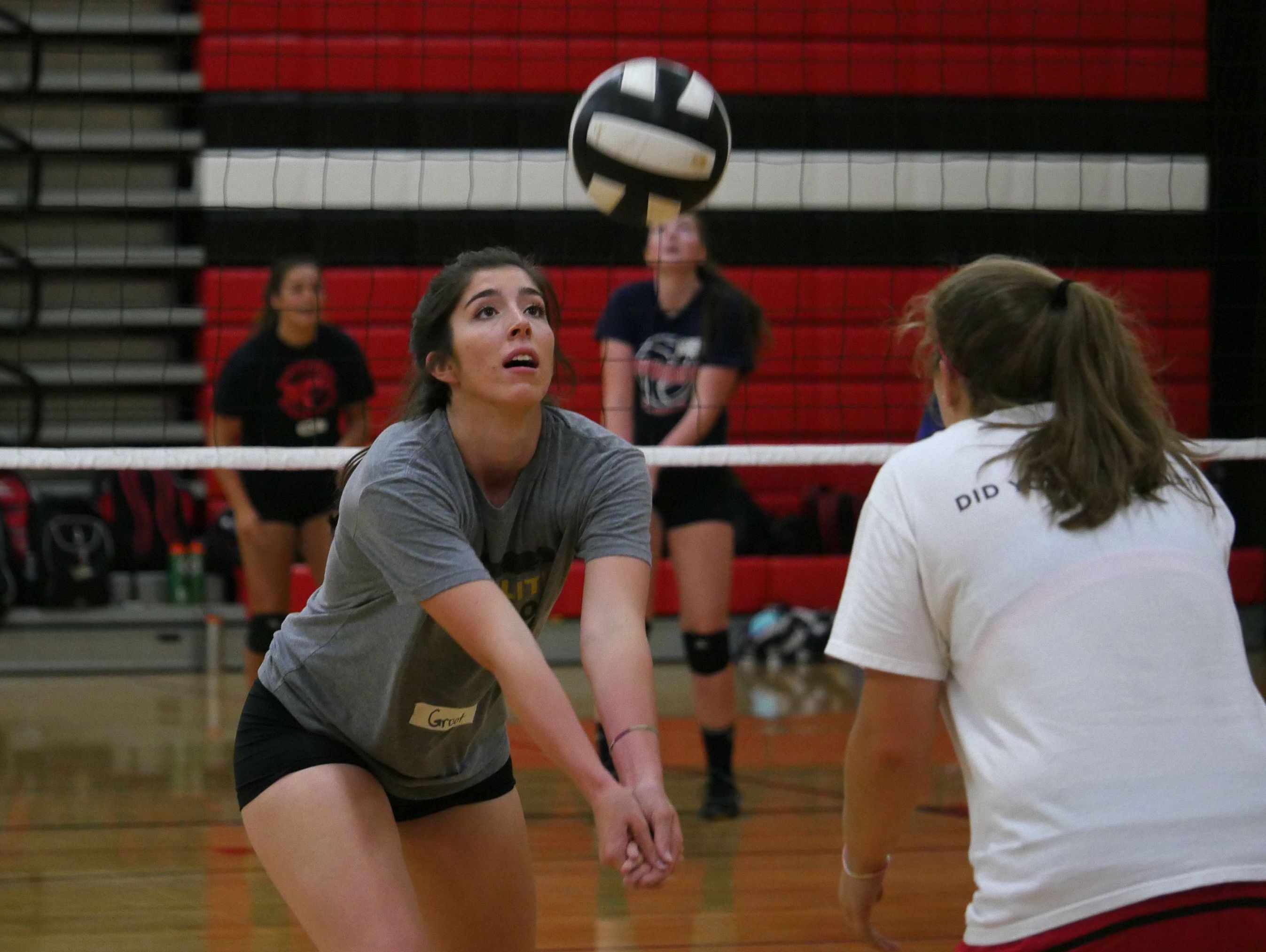 A Hawaii commit for sand volleyball, Hertzog spent her off-season at beach volleyball tournaments in California. With just one other teammate on the sand, Hertzog had to play nearly every position, which helped her volleyball smarts tremendously.

“She reads the ball so well,” Tarin said. “She sees the court differently than everybody else.”

The one gaping hole in Snohomish’s lineup is at setter. The team lost setter Kendle Valade-Nunez to graduation. Snohomish will look to a few younger players, like junior Annika Roberts and sophomore Claire Turner to fill in that spot.

“We will be training a lot of upcoming talent,” Brennis said. “It will be a thing to watch out for.”