The Jay High School assistant football coach who admitted he told some of his players to go after a game official before two Mustangs defensive backs attacked umpire Robert Watts in a game against Marble Falls on Sept. 4 has recanted his prior statement about the incident, two sources have told Kens5.com. 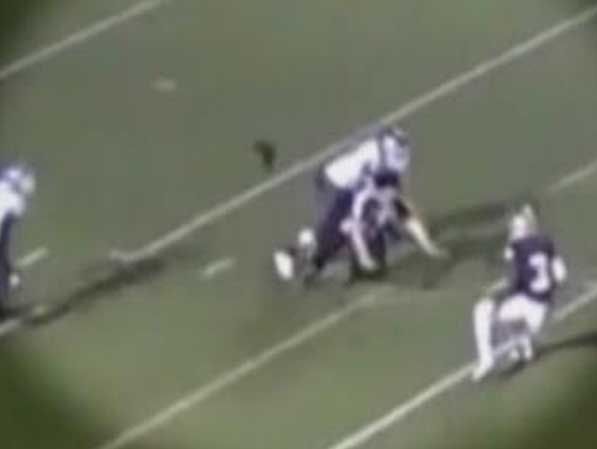 Both sources are familiar with the Northside ISD’s investigation into the incident, but requested anonymity because of the sensitivity of the situation. Both sources have read Breed’s second statement.

In his second statement, secondary coach Mack Breed wrote that he took the blame in the incident to protect the two players from being expelled from school, one of the sources said. But Breed denied that he told the players to go after Watts.

KENS 5’s Joe Reinagel reported just prior to Thursday morning’s UIL hearing that Breed has resigned, according to UIL sources.

ESPN reported earlier Wednesday Breed admitted his complicity in the incident to Jay principal Robert Harris in a meeting on Sept. 5, saying he “directed the students to make the referee pay for his racial comments and calls.”

Harris’ signed statement on his interaction with Breed and Jay head football coach Gary Gutierrez following the incident is part of the NISD’s investigation into the matter.

But Breed later retracted his original statement, denying he told the players to go after Watts, the two sources confirmed to Kens5.com. Breed’s signed second statement is included in the report the NISD sent to the UIL. The players have said Breed told them to go after Watts.

Breed tells a different story in his second statement.

“I wrote a statement on Sept. 5 about an incident that occurred on Sept. 4,” Breed wrote in his second statement. “This statement is written to explain why the previous statement was not entirely true.

“I never told anyone to hurt or target anyone on Sept. 4. To understand that statement, you must know who I am. I’m 29 years old and have been coaching for six years. My job in working with these kids means the world to me. I don’t have any children, so they are my own sons. I would take a bullet for my kids if I had to.

“That being said, that is what I did Friday night after the game,” Breed wrote. “Me and my head coach (Gutierrez) were sitting across from each other on the bus, so we started talking about the events that took place. Throughout the conversation, I started to realize how serious it could be for the boys at that point, so I took the blame for them.

“I did that hoping the kids would still be able to play and not get expelled from school,” Breed wrote. “The following day, we were watching film as a staff and I was called into the principal’s office to write a statement about what I told the head coach on the bus. Again, I did this thinking the kids would be let off the hook and that everything would be fine.

“Now that I have seen the video and see how they hit the referee, I can no longer take the blame for the incident,” Breed wrote. “I never told these players to hurt or injure anyone in that football game. I only made my earlier statement to try and save the boys from being kicked off the team. I wanted more time to teach them discipline and character they need.

“I didn’t realize the statement made on Saturday was going to be forwarded to district office. I assumed it was going to be used to help save the kids. Now that I’m giving a formal statement, I want to be honest about the situation that occurred on Friday night.
“If the coach would have told me to write a statement on what happened at the game, I would have wrote one similar to this one,” Breed wrote. “Instead, when I wrote a statement about what I told him (Gutierrez) I wrote a false statement based on our conversation from the night before in an effort to protect the kids. That is why the statement from Sept. 5 is so vague.”

The UIL State Executive Committee is meeting Thursday in Round Rock to discuss the incident, and could take action in the matter if it has enough information and evidence to do so.

NISD officials did not know whether Breed, 29, and the two players will attend the meeting.

Breed was placed on paid administrative leave pending an NISD investigation after the incident. A 2004 Jay graduate, he has coached at his alma mater since 2011.

The two players have been assigned to the NISD alternative high school for 75 days and can return to class at Jay starting Jan. 15, their attorney said Wednesday. They were suspended from school after the incident.

The University Interscholastic League is the governing body for extracurricular activities for the state’s public schools and a handful of private and charter schools.

Several Jay players have alleged Watts directed racial slurs toward black and Hispanic members of the team during the game, according to the NISD’s investigation. Watts’ attorney, Alan Goldberger, has denied the allegations.

While Breed now denies he told the players to target Watts, there is evidence corroborating the statements by the players that the coach directed them to go after the official, one of the sources said.

“There were numerous kids that said ‘Coach Breed told us we’ve got to make that guy pay. He’s been cheating us all night long,'” the source said. “Now did he say, ‘Go hit the referee in the back?’ Did he say, ‘Injure the guy?’ Did he say, ‘You hit him first and then you spear him second?’ I don’t think Mack Breed said that. Nobody ever said the coach told them to hit him from the back and hurt him.”

The same source said other players told NISD investigators they weren’t certain if the directive to take out Watts came from Breed or a player.

Breed could be suspended for a maximum of three years if the State Committee Executive rules that he influenced the players to target the official. Breed will be prohibited from coaching at a UIL school until he goes before the State Executive Committee.