The 60-year-old Thomas, who has spent the past 24 seasons coaching the Lions, will be replaced for the remainder of the season by defensive coordinator Jeff Henson, who had taken over the head coaching reins the past two games.

After getting off to a 2-0 start this season, Thomas was not on the sidelines for South Lyon’s 17-8 loss Sept. 11 at Plymouth Salem nor Friday’s last-minute 21-16 setback at home to Northville.

South Lyon administrators repeatedly declined to comment and were evasive regarding Thomas’ two-week absence. They would not discuss whether Thomas’ absence was related to player suspensions for a rumored off-the-field incident following a 31-28 victory over Waterford Mott on Labor Day weekend.

Thomas declined to discuss whether he was forced to resign.

“I can’t go into details. All I can say is sometimes you make decisions that you believe is right and, with this, you’ve got to stick with what you believe, and that’s what I believe,” Thomas told the South Lyon Herald on Monday night.

Thomas, a special education teacher at the high school, has taught and coached in the district for 24 years. He has coached a total of 38 seasons and is a regional director for the Michigan High School Football Coaches Association.

Thomas said he plans to pursue other coaching opportunities in the near future.

“I’ve had a pretty good career and, like some things, you’ve got to do what you’ve got to do,” Thomas said. “I’m going to find out what other people do in the fall now. I’ve done it for 38 years coaching high school football, ever since I got out of college. Been varsity coach all my years, so I must have done something right. I can’t divulge the situation. A lot of people know what it is, but I can’t say or will say.

“I’ll be involved somewhere, maybe not in South Lyon, but I’ve got offers already. Some coaches have called me. Even some colleges have called me and said, ‘Hey, what are you doing? Come out and help out,’ and stuff. I’ve got a lot of connections in the state of Michigan.”

The 45-year-old Henson, who previously served as the head coach at Lincoln Park and was an assistant at Brownstown Woodhaven, will finish out the season.

Henson said he was informed Monday by South Lyon athletic director Mike Teagan that he will replace Thomas for the time being. The Lions (2-2) play Friday at unbeaten Livonia Stevenson. (Teagan could not be reached for comment Monday night.)

Henson said he had spoken with Thomas but declined to get into specifics regarding his resignation.

“Mark is a personal friend of mine, a friend of my family,” Henson said. “He’s close to my family, so it’s tough. The whole situation, in general, has been a tough go, not only for him but all people involved, and the team included. He’s been a staple in the community for 24 years. It’s tough.”

“This is a tough situation that the administration said needed to happen, and I just think it’s unfortunate,” Henson said.

Although the Lions came out with a new wrinkle offensively Friday against Northville — in the wildcat formation — Henson said he will not deviate much from the team’s style of play.

“Coach Thomas established something here, and he always likes to say, ‘South Lyon football, 11 Mile and Pontiac Trail, Rock’em, Sock’em football,’ and I don’t think we’re going to change that,” Henson said. “I’ve been running the defense for the last six years. We’re pretty consistent in that area with what we do and how we play. I don’t think there’s much change, it’s just continuing what we already had in place.”

Henson, meanwhile, would not divulge how many players had been suspended, but said they eventually will return to the playing field.

“Yes, they will be back,” Henson said. “There’s a timetable set in place. I’d rather not go into all those details.” 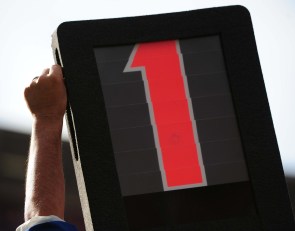 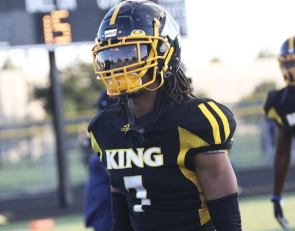