South Meck opened the game with a hot first quarter, outscoring the visiting Trojans 17-9 in the opening period. Olympic didn’t let the Sabres open that lead in the second, though, outscoring South Meck 11-10 in a hotly contested quarter.

After halftime, Olympic looked to be on the path to picking up its first road win of the season, drawing within three at 41-38 after the third quarter. Unfortunately for the Trojans, South Meck’s offense got back on track in the fourth, putting up 16 points while holding Olympic to just 11.

Ali Fitch’s 27 points was the game-high, while teammate Nnenna Okam pulled down 10 rebounds for South Meck. The Sabres return to action Friday when they host Providence in South Meck action. After Providence, the Sabres visit conference-leading Ardrey Kell on January 20. Olympic will look for its first conference victory when they host struggling Harding on Friday. 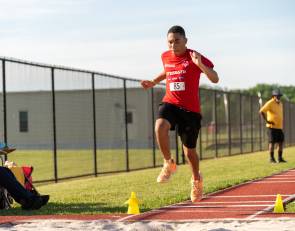 https://usatodayhss.com/2015/south-meck-girls-hold-off-olympic-behind-fitch
South Meck girls hold off Olympic behind Fitch
I found this story on USA TODAY High School Sports and wanted to share it with you: %link% For more high school stories, stats and videos, visit http://usatodayhss.com.