Spotlight shining on District 25-6A in quarterfinals

Spotlight shining on District 25-6A in quarterfinals 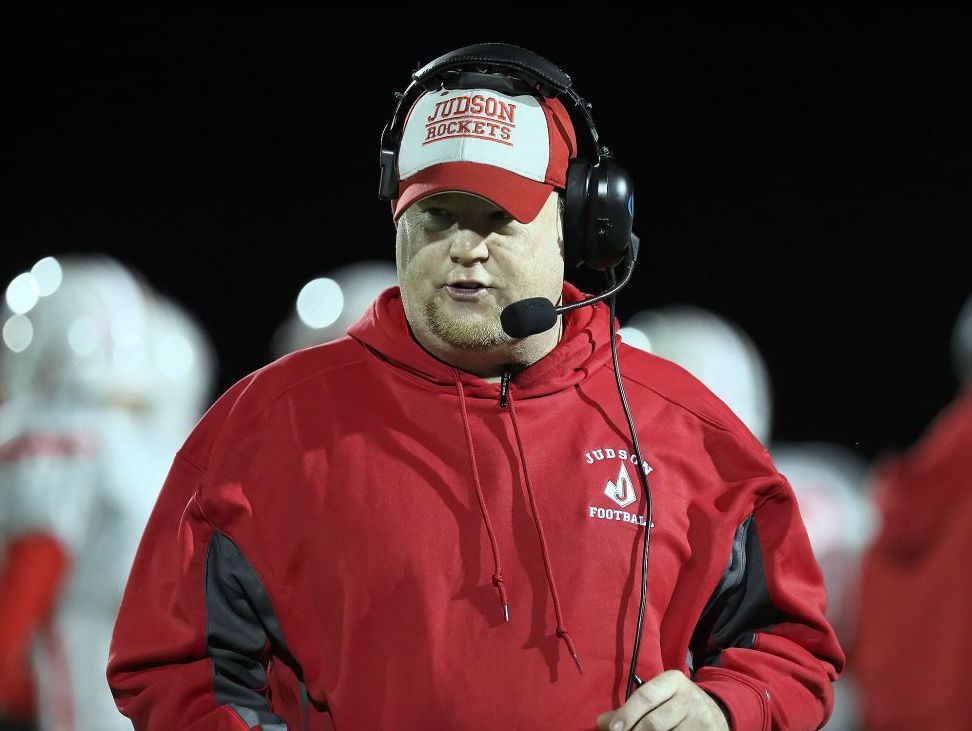 Sean McAuliffe, a 1993 Judson graduate, has guided the Rockets to the Class 6A Division I state quarterfinals for the second year in a row.

Considering the strength of their district, it was no surprise that all four 25-6A playoff teams won their third-round games Friday to set up rematches in this week’s state quarterfinals.

Steele, Judson, Clemens and Smithson Valley are the last Class 6A teams standing in Region IV and are a combined 46-6 this season.

“When the UIL put the little SEC together, they made it a dandy,” Judson coach Sean McAuliffe said Saturday, referring to the University Interscholastic League’s biennial realignment that placed Judson, Steele, Clemens and Smithson Valley together in District 25-6A, “I don’t know if there’s really a top or a bottom.

“I think some people get some breaks along the way, us being one of them, but it’s without a doubt one of the best districts in the state. It’s obviously the best in our region because we’re all still playing,” said McAuliffe.

New Braunfels, New Braunfels Canyon and Wagner are the other schools in the seven-team district.

The last time four area teams from the same district advanced to the state quarterfinals was in 2007, when Judson, Madison, Reagan and Smithson Valley survived the first three rounds of the playoffs.

Judson was the first of this season’s foursome to earn a berth in the regional finals, beating Laredo United 45-0 in a game that started at 4 p.m. at Rutledge Stadium.

Smithson Valley defeated Harlingen 35-20 at Buccaneer Stadium in Corpus Christi a few hours later to get another shot at the Rockets, who beat the Rangers 27-23 in the regular-season finale for both teams Nov. 6.

Judson (12-1) and Smithson Valley (10-3) clash at 1 p.m. Saturday at Alamo Stadium. The Rockets finished second to Steele in 25-6A, and the Rangers were fourth after losing to Judson, Steele and third-place Clemens.

The Knights lost quarterback Xavier Martin to an ankle injury on their first offensive play against Del Rio, but they managed to generate enough offense to beat the Rams 28-10 in their third-round game Friday night at Bobcat Stadium in San Marcos.

Clemens advanced with a 41-16 victory over San Benito on Friday night at Javelina Stadium in Kingsville.

“You’re talking about a pretty big challenge there,” he said.

The Rangers led Judson 23-20 until dynamic Rockets quarterback Julon Williams ran for a 10-yard touchdown on the first play of the fourth quarter.

“I have the utmost respect for Coach Hill,” McAuliffe said. “Typically, I’ve gone home-and-home. I know it’s tough to play at Rutledge Stadium, but it’s also pretty tough to play at Smithson Valley. He actually threw it out there. I was fine with playing at Alamo Stadium. Growing up in the San Antonio area, I know that there have been so many classic games there.”

The Judson-Smithson Valley matchup will feature two of the most consistent winners in the history of San Antonio-area high school football.

The Rockets extended their state-record streak of winning seasons to 39 this year and are in the state quarterfinals for the 21st time in school history. Judson won its first of six state championships, including one by forfeit, in 1983 and has played in five other finals. 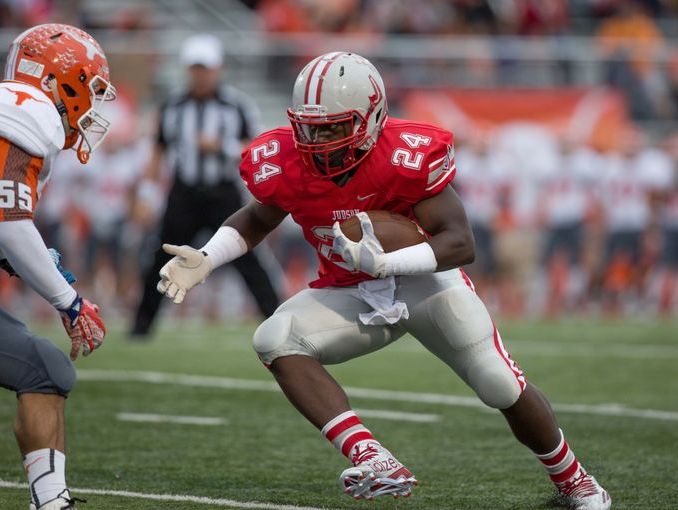 Judson junior running back Mi’kel Jackson, is the Rockets’ leading rusher this season with 1,091 yards and 10 touchdowns.

McAuliffe, a 1993 Judson graduate, was a defensive tackle on the Rockets’ 1992 state champion. He led Judson to the state semifinals in his first season as head coach last year and is 22-6 since succeeding Mark Smith.

McAuliffe, 40, deflected credit to his coaching staff and players Saturday and spoke about the admiration and respect he has for Hill, who is in his 23rd season at Smithson Valley.

Hill, 55, has gone 229-63 since taking over the Smithson Valley program in 1993. Now in his 23rd season with the Rangers, Hill has set a standard for consistency with his attention to detail and commitment to fundamentals.

“He might be one of the best, if not the best, play callers and at making second-half adjustments,” McAuliffe said.

Friday’s game will be Smithson Valley’s ninth appearance in the state quarterfinals. The Rangers have played in three state finals.

While game-planning and trying to find an edge over an opponent is always important, McAuliffe said Hill’s success is grounded in his team’s commitment to execute at a high level all the time.

“I don’t think he’s going to reinvent the wheel on what he does,” McAuliffe said. “There are challenges on all kinds of levels when you play Smithson Valley. First and foremost, they typically don’t beat themselves. They very seldom have a turnover.

“They’re unbelievably sound in the kicking game. It’s evident that they spend quite a bit of time working on that phase of their game. Coach Hill is such a tactician when it comes to the game. He’s just does a great job.”

McAuliffe said he relishes the opportunity to play Smithson Valley because of Hill’s stature in the Texas high school coaching fraternity.

“When you’ve got a chance to compete against a guy that has won for so long and has been so consistent for so long, it’s a heck of a challenge and really kind of an honor, honestly,” McAuliffe said. “Guys like that don’t come around very often.”

Judson has won five consecutive games since losing to Steele 20-13 on Oct. 23.

“We’re going to go back and do what we do,” McAuliffe said. “Like I’ve said all year long, I’m blessed. I have two of the best coordinators in the area, maybe even in the state. We’re pretty intensive in our film study. We’re going to try to find an edge somewhere.

“At this stage of the game, everybody is good and everybody is capable of going to Houston (site of this year’s state finals). We’re going to hang our hat on what we hang our hat on. Maybe add a wrinkle here or there, but we’re not suddenly going to line up in the wishbone. We’re not going to go to an eight-man front, 4-3, 4-2-5 defense. That’s not what we do.”

https://usatodayhss.com/2015/spotlight-shining-on-district-256a-in-quarterfinals
Spotlight shining on District 25-6A in quarterfinals
I found this story on USA TODAY High School Sports and wanted to share it with you: %link% For more high school stories, stats and videos, visit http://usatodayhss.com.