Stepinac's Jordan Tucker has a not-so-secret agent helping him: His father

Stepinac's Jordan Tucker has a not-so-secret agent helping him: His father

Jordan Tucker had 12 points and five rebounds in his first game Wednesday at the NBA Players Top 100 Camp in Charlottesville, Va. (Photo by Jim Halley)

A few years ago, Jordan Tucker had the chance to learn a little basketball from Ben Gordon and Derrick Rose. What did he do? Pretty much ignore them.

“I was at the Chicago Bulls’ practice facility and Derek Rose and Ben were working out together,” Tucker said. “For me, not acknowledging this at eight or nine years old. I was a little kid, so I was at the other end, shooting baskets and stuff. To think back on that? ‘Damn, I was right there. Now, if I had that opportunity, I would be on the other side of the court with them.”

Tucker, the son of sports agent Lou Tucker, was one of the standout players Wednesday at the NBA Players Top 100 Camp in Charlottesville, leading the Grizzlies to a 52-46 win with 12 points, including two three-pointers and five rebounds and showed a nice passing touch. The 6-7 junior-to-be looks like a future college guard or a small forward, but said he could play a number of positions.

“I’m somebody who can play the one through the four,” Tucker said. “Hopefully, I’ll get taller.”

While Tucker may not have the chance again to work alongside Rose and Gordon, he has benefited from the connections and knowledge brought by his father, Lou Tucker, an agent who has represented Gordon, LaMarcus Aldridge, Chris Taft, Charlie Villanueva, Josh Boone, Jared Sullinger and others.

“My dad has been there,” Tucker said. “He’s been my guy since I was little. I wouldn’t be here today if it wasn’t for him. My father, being an agent, had a lot of information about what his guys were doing and that’s really helped me succeed. He just brought that information to me.”

As a freshman, Tucker averaged 13.9 points a game at White Plains. He continued to improve last season after transferring to Archbishop Stepinac (White Plains), including a 38-point, 10-rebound, 5-assist effort in an 80-79 loss in January to Archbishop Molloy (Briarwood, N.Y.). 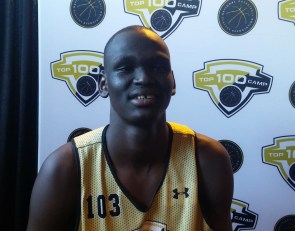 Matur-ing process: Brother of Thon Maker ready for his time 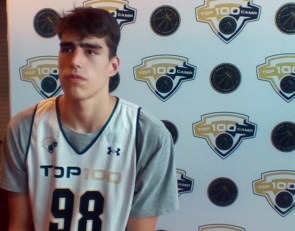 Luke Garza's game isn't flashy, but his solid play is growing on colleges 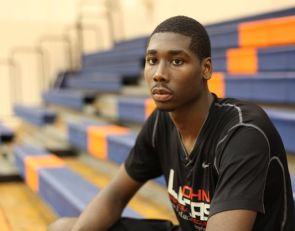 Mario Kegler has two tough choices to make, which high school and which college?

https://usatodayhss.com/2015/stepinacs-jordan-tucker-has-a-not-so-secret-agent-helping-him-his-father
Stepinac's Jordan Tucker has a not-so-secret agent helping him: His father
I found this story on USA TODAY High School Sports and wanted to share it with you: %link% For more high school stories, stats and videos, visit http://usatodayhss.com.